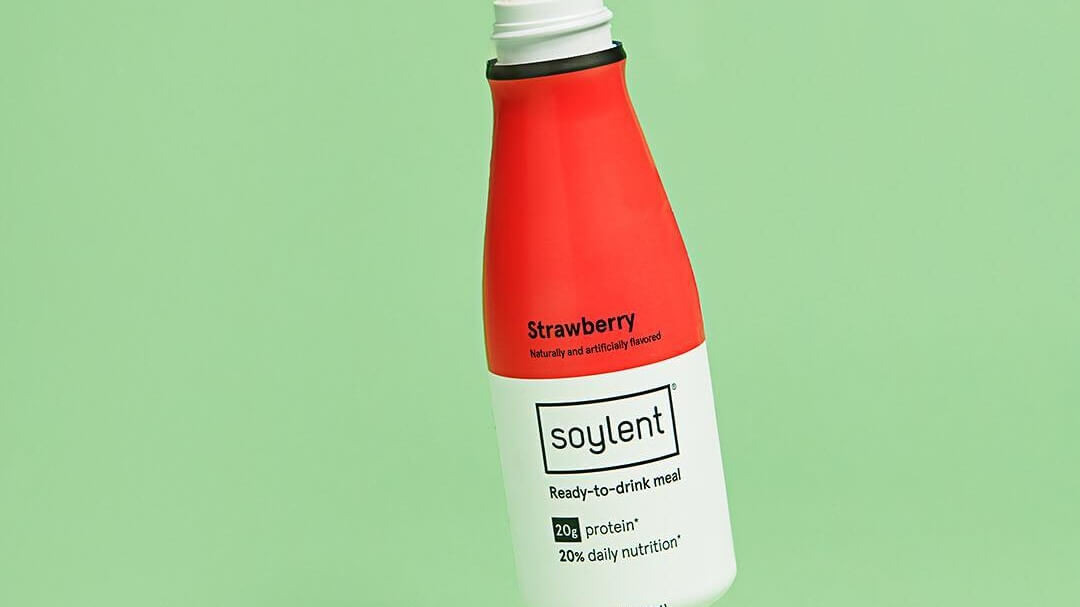 Featuring soy protein isolate as a primary ingredient, each ready-to-drink shake is a complete meal, containing 20 grams of plant-based protein, 26 essential micronutrients, and vegan omega-3 fatty acids. The drink is also shelf-stable, with a year-long life.

The brand’s chief executive Bryan Crowley believes the time is right for Soylent to bring its products to the UK market. In a recent statement, he explained, “For many of us, a busy lifestyle means it’s hard to get the nutrition we want, despite good intentions. Falling back on bad habits of skipping meals, snacking on junk food or eating nutritionally sub-par foods can become the norm as we struggle to maintain a healthy balance.”

Founders Rob Rhinehart, Matt Cauble, John Coogan, and David Renteln first developed Soylent in 2013 as an alternative to unhealthy convenience foods like instant ramen — a food they often had to turn to while launching their own start-ups.

Each bottle of Soylent is intended to fill “food voids,” which, according to the company, are moments when a quality meal is inaccessible or unavailable. The Californian-based food company wants to provide an option that saves customers from resorting to nutritionally devoid vending machine food or economically unsustainable, pricier meal options.

In addition to its signature vegan meal replacements shakes, the brand offers Soylent Cafe caffeine-infused beverages and Soylent Powder meal replacers. In the U.S., Soylent can be found at major Americans retailers such as 7-Eleven convenience stores, nearly 2,000 Kroger supermarkets, and select Walmart locations. It is also available on Amazon, where in January, it dominated the top-selling product list.

Soylent will be available to customers on September 18 through Amazon UK at £39.99 for a case of 12 bottles, according to the London Post.