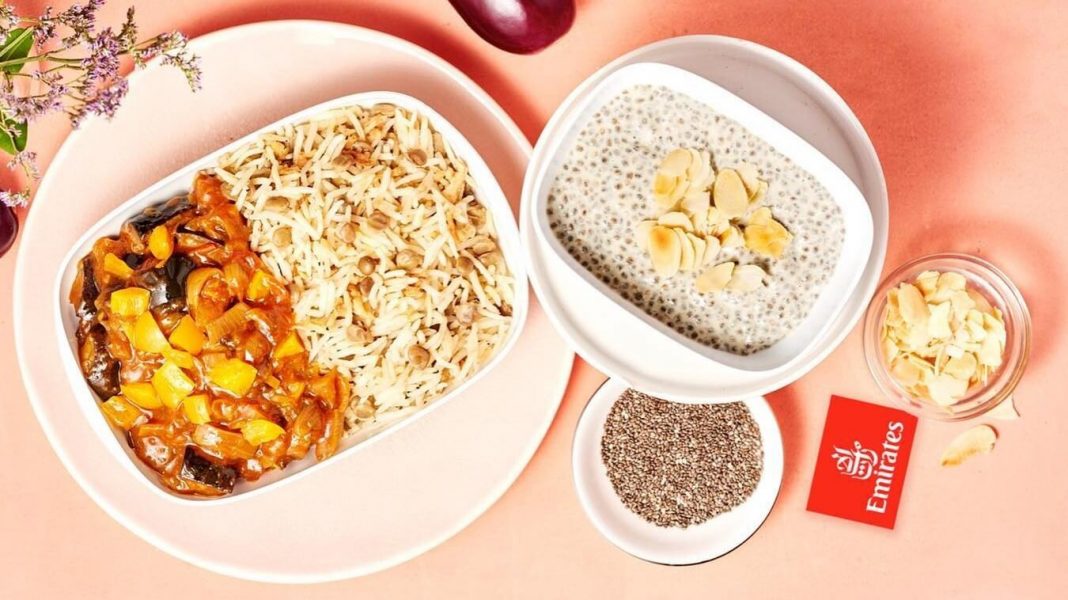 Emirates Airlines dished out 20,000 vegan meals so far this month, representing a 40 percent increase in in-flight orders for meatless meals. Plant-based meal options are now the third-most requested meal for the economy class, Time Out Dubai reports. The Emirates culinary team makes the meals using more than 170 vegan recipes in its catering factory based just outside of Dubai International Airport.

Norwegian, meanwhile, reported that plant-based meal orders are up 7 percent year-on-year, to 1,400. Its Gatwick-LA route experienced the biggest increase, 55 percent higher than average across other routes. Travel publication TTG Media says that it served more than 23,000 vegan meals on long-haul flights from Gatwick over the past year.

Have you heard of Veganuary? Thousands of people are following a plant-based diet this month and we've seen a 40% increase in vegan meal requests. That's over 20,000 vegan meals served in a month! #EmiratesAirline #FlyEmiratesFlyBetter

Scandinavian Airlines (SAS) launched vegan meals on more than 4,000 flights last November, featuring local ingredients like mushrooms, beets, wheat berries, and black beans. “Sustainability is a main focus for SAS and as we see an increasing interest in a plant-based diet in the society, it is important to have a vegan dish on a trial as one of the regular meals,” said Karl Sandlund, executive vice president commercial.

Over the summer, Air Malta revamped its menu to include more vegan options, such as a vegetable wrap with falafel, spinach, and hummus. Jetstar in Australia offers tabbouleh with falafel and a noodle dish.

Although the burger itself is not vegan due to the inclusion of tomato cream, Air New Zealand became the first airline to serve vegan Impossible meat last summer, sparking widespread praise and backlash. Some customers praised the burger for its flavor and for offering a sustainable option while others criticized the airline for turning its back on the nation’s beef industry.