The vegan meat industry may boost Australia’s economy by $3 billion by 2030.

The report notes that the Australian vegan meat industry is approaching massive expansion. Consumer expenditure may reach $3 billion by 2030. The sector will generate $1.1 billion and the industry will create more than 6,000 full-time jobs.

The research — commissioned by Food Frontier, an Australian think tank for alternative protein — claims to be the first of its kind that looks at the potential impact of the plant-based meat market on Australia’s economy. 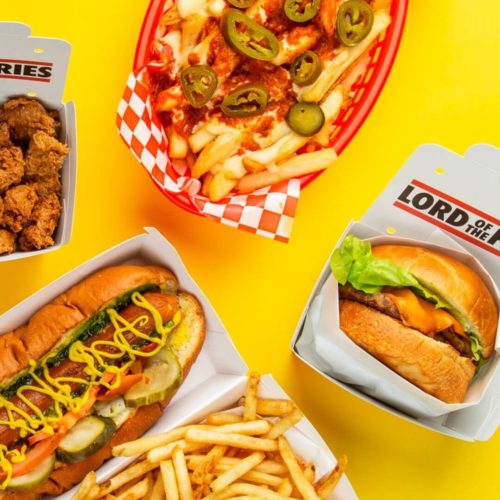 Australia faces a $3 billion opportunity in the vegan meat market. | Lord of the Fries

“We’re facing a multi-billion-dollar opportunity for Australia to become a global plant-protein powerhouse,” Food Frontier CEO Thomas King said in a statement. “And the great news is we already have the intellectual and infrastructure assets to seize it.”

King explained that Australia needs to act quickly to stake its claim in the global vegan meat market. For instance, both the government and investors should lend their support to help drive industry growth.

There are 100 vegan meat products from 21 brands currently stocked in Australian supermarkets, including Beyond Meat, Eaty, Sunfed Meats, The Alternative Meat Co., and Naturli’ Foods, sold under the label Funky Fields.

In addition, major fast-food chains such as Hungry Jack’s, Domino’s, and Grill’d now serve vegan meat. Meanwhile, Lord of the Fries, a vegan burger chain launched in 2004, now has 23 locations across Australia.

The Food Frontier report notes that two-thirds of Australian’s have yet to try vegan meat. However, one in three has adopted a flexitarian diet based on awareness of meat’s impacts on health and the environment.

“The economic evidence is in, and Aussies are voting with their wallets,” King said. “With the right political and economic will, Australia can fulfill its potential to build a globally competitive, multi-billion-dollar plant-based meat industry.”