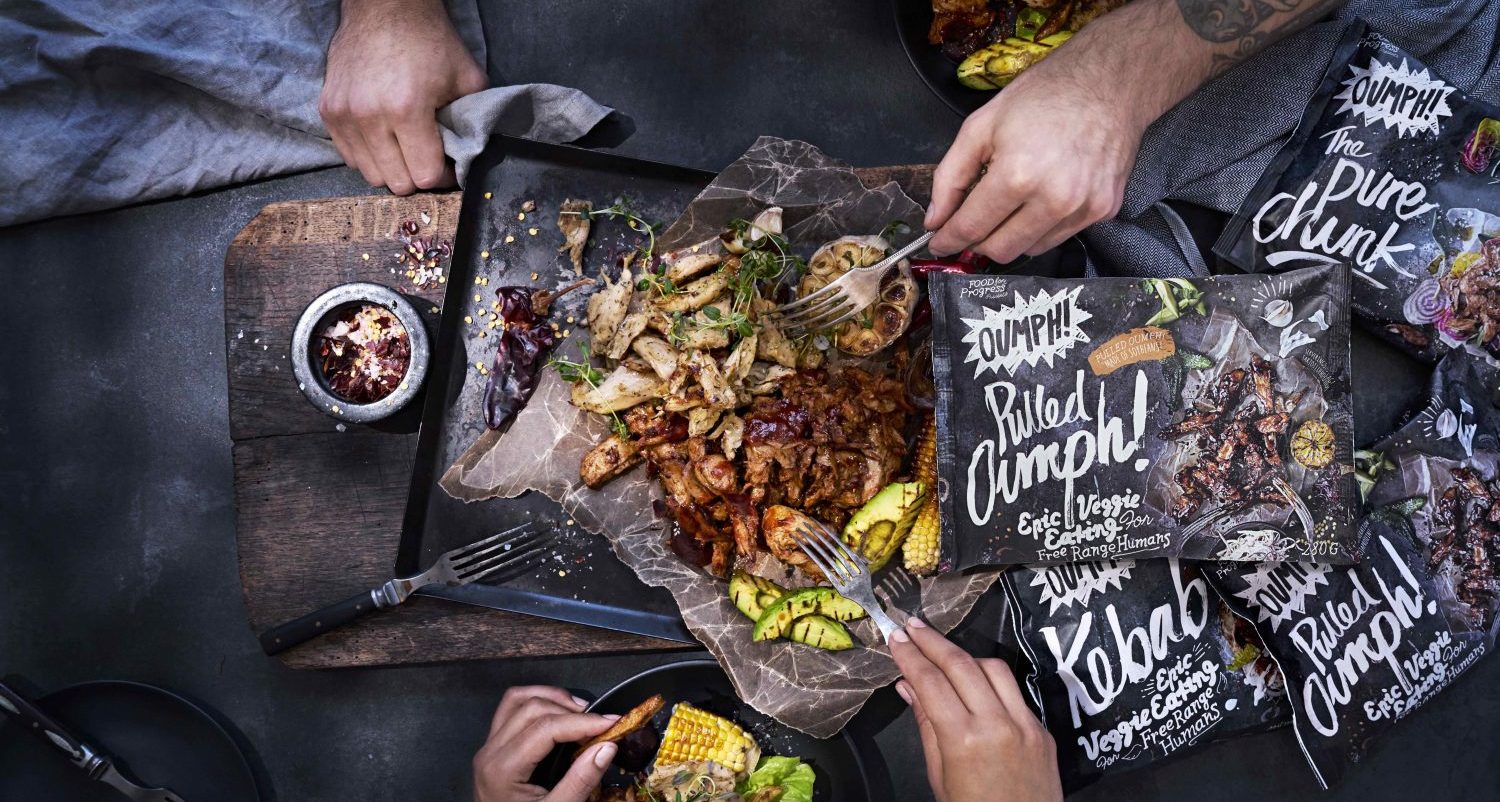 The Irish launch follows on from the arrival of Oumph! in 400 UK Tesco stores last March. The products were selected by Wicked Healthy co-founder, blogger, and chef, Derek Sarno, who now also serves as UK Director of Plant-Based Food Innovation at Tesco.

From 2009 to 2016, Sarno served as Executive Chef at Whole Foods Market where he helped launch the chain’s Healthy Eating initiative. Since joining Tesco in 2017, he has been steadily moving the needle at the UK’s largest supermarket chain toward more plant-based offerings including the recent highly successful launch of Wicked Kitchen – a line of ready-to-eat vegan meals developed by the convivial chef.

“When I tasted Oumph! for the first time, I knew directly that it would fit perfectly with Tesco,” Sarno said in a statement last year. “We are currently seeing massive demand for plant-based food,” he said, noting that Oumph! was sure to be well-loved by Tesco’s customers.

Sarno’s prediction was accurate, with the Irish product launch announced this January due to the success of the product in the UK over the last year.

“Having successfully launched with Tesco in the UK we are delighted that Tesco Ireland has also agreed to launch our delicious Oumph! products,” said Nick Jacobs, Oumph!’s head of sales in the UK and Ireland in a press release. “This category is expanding rapidly and with more consumers trying to reduce their meat consumption, particularly in Veganuary, Oumph! is perfect for them, for vegetarians and vegans too.”

Demand for vegan food in the UK has hit an all-time high with new brands, line extensions, and restaurant openings happening regularly. A recent study revealed that nearly three million Brits will attempt to go vegan this year, for the environment, their health, and the animals.

The new range of Oumph! products are now available in select Tesco locations.