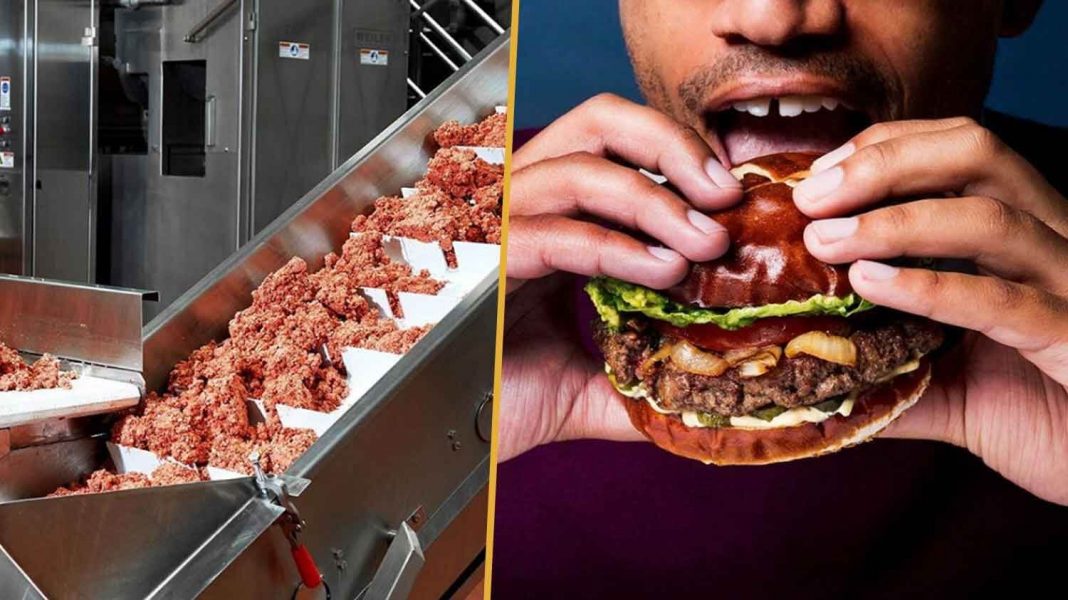 The vegan meat industry could be a $3 trillion opportunity, according to the founder and CEO of Impossible Foods Pat Brown.

Brown — whose company creates vegan meat products, like the “bleeding” Impossible Burger — made the comments in an interview with CBNC. He explained that the market for animal products as a whole is predicted to be worth around $3 trillion dollars in ten years time. “It’s huge,” he explained.

The means of making those products, however, is currently outdated. This leaves the door open for food technology companies — like Impossible Foods and competitor Beyond Meat — to swoop in and transform the industry, he maintained.

The #ImpossibleBurger has that sizzle that will leave you wanting more. ⚡️

Impossible Foods is already experiencing rapid growth. Its “bleeding” plant-based burgers — which look, cook, and taste like beef — are on restaurant menus across America, including in fast food chain White Castle.

The chain’s “Impossible Slider” is popular among customers and food critics alike; major food critic Ryan Sutton — who works for Eater — even labeled the patty as “one of America’s best fast-food burgers.”

The burger has also launched in Singapore, with respected chefs Gordon Ramsay, Wolfgang Puck, and David Myers adding the product to their restaurant menus in the country.

It’s this sort of celebrity chef endorsement that Brown hopes will convince meat-eaters to try the burger.

“We expect meat-lovers to be suspicious, how can you make delicious meat without an animal? The best way to get people to overcome that suspicion is to have food gurus…and people who are never going to compromise on food put their reputations behind it,” he said.

More and more vegan meat products are consistently emerging; Beyond Meat — the creators of the plant-based Beyond Burger — has recently launched a new ground beef product to market. According to the company, it has the same texture, taste, and versatility as cow-derived ground beef.

A number of major, influential investors have spotted the potential in the vegan meat industry. In February, it was reported that Bill Gates, Richard Branson, and Jeff Bezos had led a $90 million fundraising round into the vegan meat startup Motif Ingredients.