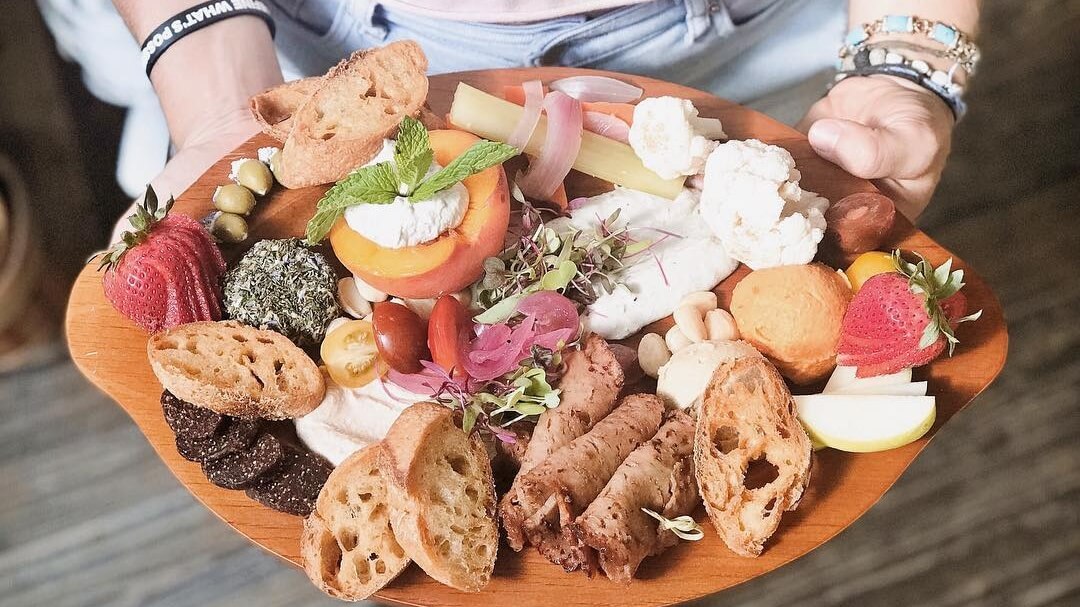 Developed by Roger Elkhouri, the senior executive chef of the university’s West Servery, the new program is the first of its kind in the U.S.

Created to inspire more students to try plant-based foods and to encourage more student interaction, the charcuterie will see unique action stations situated in the canteen, where the meats and cheeses will be incorporated into a dish in front of the students. “For people who aren’t normally plant-based eaters, we can say, ‘Hey do you like Reubens? We’ve got the marble rye, the kraut, but also the corned beef and Russian dressing,'” Elkhouri explained in a statement.

It would be much simpler for Elkhouri to buy pre-existing plant-based meats, some may say. However, it was important to the chef to be able to experiment and create his own recipes. His new repertoire is extensive, including vegan nut-free versions of turkey, mozzarella, corned beef, pastrami, roast beef, cheddar cheese, pepper jack, and provolone. The meats are all made using a blend of wheat gluten, mushrooms, and liquid smoke, and coconut milk is used as a base for the cheese.

Those are tomatoes and that’s basil, but that’s not mozzarella. The @riceuniversity serveries are now producing entirely #vegan meats and cheeses as options for students, made from scratch on site. Both this and the smoked “brisket” blew me away y’all. #ourplantbasedjourney

“A plant-based diet is a very good, healthy option. It’s good for everybody,” he notes. “It’s good for the environment, too.”

Rice students seem to agree, with many impressed by Elkhouri’s new creations. One junior, Dustin Belsha, said, “What I think is unique about this is the texture and the different physical properties – the cheese melts and everything.” Another, Grace Wickerson, added, “Rice dining is special in that it’s completely self-run. They’re not dependent on a larger corporation to tell them how to do plant-based stuff, so they can allow Chef Roger to go in the kitchen and play with a bunch of things and have fun making something new.”

The students, who the executive chef describes as “talented and sophisticated,” are not alone in welcoming more vegan food into their diet. According to the leading university foodservice provider, Aramark, 79 percent of Gen-Zers are eager to go meatless at least once or twice a week. To cater to this demand, the company has launched more vegan options for students, including the plant-based “bleeding” meaty Beyond Burger.

Although Elkhouri is the first to create plant-based charcuterie for students, he is not the first in the country to craft it. Last month, in Buffalo, a vegan charcuterie board was added to the menu of the region’s first plant-based eatery, Root & Bloom. The board currently features vegan goat’s cheese, cultured-buffalo spread, Grecian Aleppo pepper fig salami, pickled vegetables, and more.