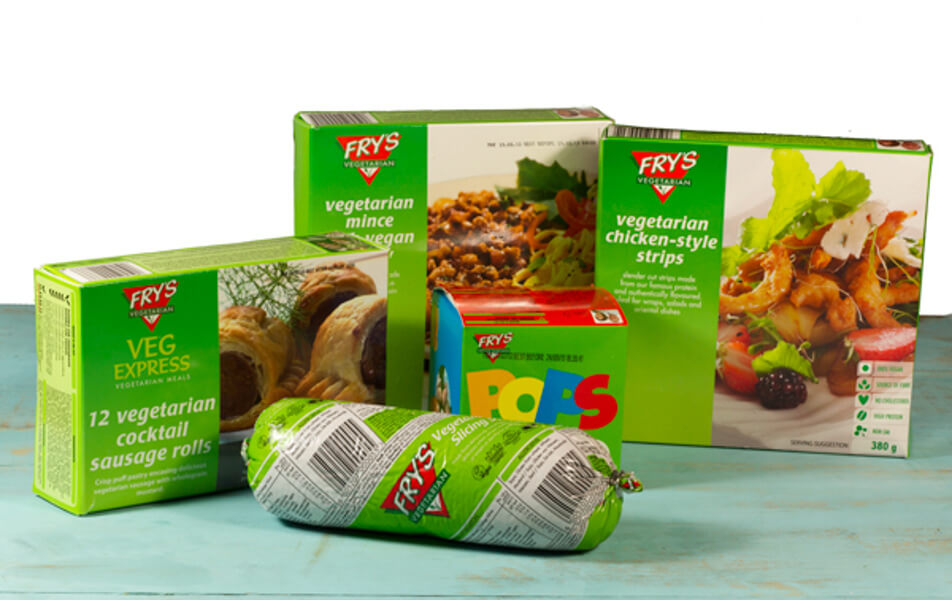 South Africa-based vegan meat brand the Fry Family Food Company has announced that will be available to the U.S. market for the first time ever.

The brand, also called Fry’s, says that it is working with leading distributors and food service partners to bring select frozen vegan meat products to yet-to-be-announced brick-and-mortar and online retailers. The initial launch will include several of Fry’s customer favorites, including vegan prawns, sausage rolls, burgers, falafel balls, and schnitzel, which won the Auga Food Tec Innovation Award in 2017, out of over 2,3000 entries.

“Reflecting rapid demand growth in the United States and sustained interest from international markets, we’ve taken steps to significantly increase our production capacity,” Fry’s exports director Shaun Richardson said in a statement. “These additions make it possible for us to support international launches, building upon our recent 2018 introduction of our products to over 500 Sainsbury stores in the U.K.”

It’s time to get the Meat-Free Monday party started with this Tropical Burger! ???? Made with tropical fruity salsa, a bite of green chili, and combined with coconut cream, this could be the most banging burger on the braai ??? Get this recipe from our latest cookbook, Love Your Heart: Braai Day Edition ? Link in profile ☝️

The company was founded nearly 30 years ago in the kitchen of Debbie and Wally Fry. Today, Fry’s vegan burgers, sausages, and more are available in more than 8,000 supermarkets in 30 countries. Having sold more than 30 million units worldwide since its founding, the family-owned company now has its sights set on the U.S. market.

“We are extremely excited to be entering the largest market in the world for plant-based food,” said Fry’s International Marketing Director Tammy Fry. “We want Americans to experience new culinary options and twists on hearty comfort foods—I think vegans and non-vegans alike will find our food delicious and I want as many people as possible to try them.”

Fry’s may be right in its assessment of its potential to capture the taste buds of U.S. consumers. According to data released by leading global information company Nielsen on behalf of the Good Food Institute (GFI), sales of plant-based food surpassed $3.7 billion in the U.S. last year. The report noted that sales of vegan meat increased by 23 percent, looking “suspiciously” like the growth of the plant-based milk market a decade ago.

Despite “vegan” labels on products, the majority of customers that buy plant-based products aren’t vegan or vegetarian. Data released by The NPD Group last June revealed that 86 percent of U.S. shoppers who buy vegan products are omnivores. Additionally, vegan protein brand Beyond Meat has noted that 70 percent of people who buy the Beyond Burger are meat-eaters.

According to Fry’s, customers can expect to find its products in U.S. stores later this season.