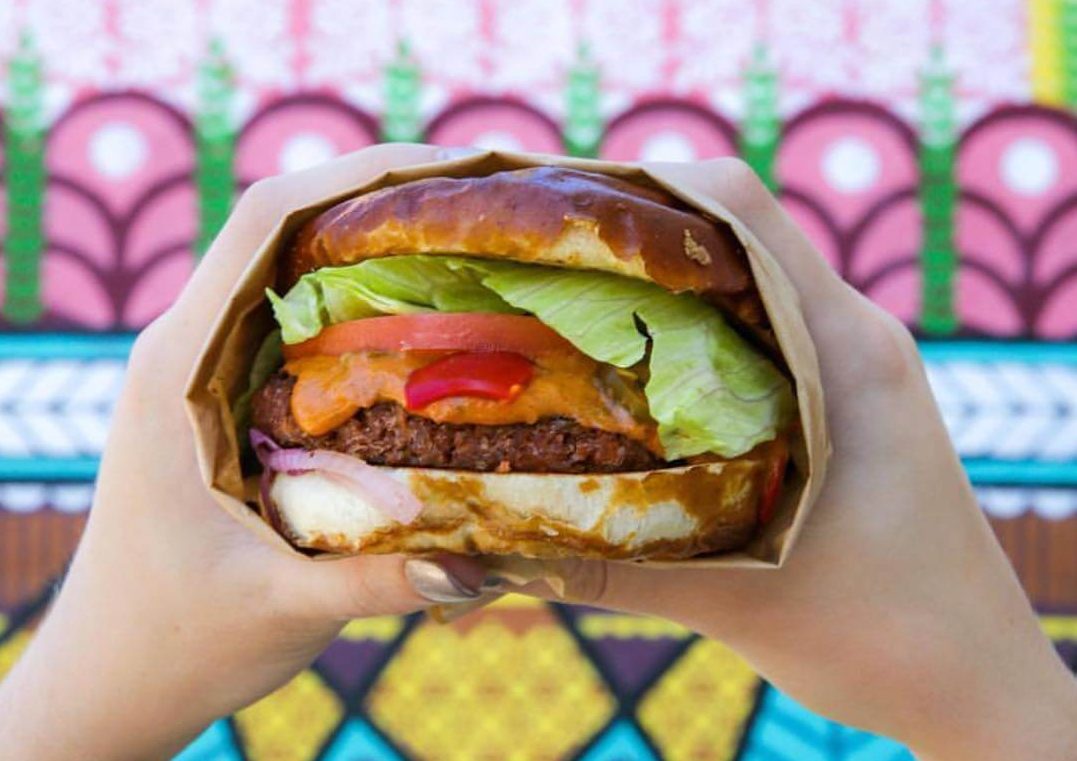 One of the most recent examples of this can be found in the Santa Barbara Unified School District, which began offering vegan meat options to students this past January from plant-based meat company Hungry Planet. The decision followed a successful Earth Day partnership with Hungry Planet, where vegan meatball subs, chicken chile verde burritos, and double cheeseburgers were available from the company food truck. Not long after, S.B. Unified School District food director, Nancy Weiss, decided that Hungry Planet food should be added to the menu permanently. According to Weiss, the plant-based meat options are so popular with students that the cafeteria often sells out.

Last year, the Beyond Meat Beyond Burger, a plant-based burger patty that imitates the flavor and texture of a beef patty, became available at Yale University’s 13 on-campus dining halls. Beyond Meat also teamed up with Sysco, the largest food distributor in the United States, in order to bring meat-free protein to schools as well as restaurants, healthcare facilities, and hotels.

Similarly, Impossible Foods has been working to bring its premier product, the meat-free Impossible Burger, to campus cafeterias across the country. According to the website, the Impossible Burger made its cafeteria debut at the University of Chicago. The company also began partnerships with Bon Appétit Management Company, which runs more than 1,000 cafes for universities, corporations, and museums and Compass Group North America. The latter serves restaurants, corporate cafes, hospitals, schools, arenas, museums, and more.

Vegan seafood is also making its way to schools across the country. New Wave Foods, a company that was founded by Dominique Barnes and Michelle Wolf to create plant-based seafood at IndieBio, the world’s largest biotech accelerator, offers its vegan shrimp at select schools across the U.S.

Ocean Hugger Foods, which created a vegan raw tuna fish for sushi, recently partnered with Aramark, a global provider of food, facilities, and uniforms, in order to expand its distribution. This partnership follows the announcement of Aramark’s newest initiative, Healthy for Life 20 by 20, which aims to “empower Americans to make better food choices…by reducing calories, saturated fat, and sodium levels by twenty percent, and increasing fruits, vegetables and whole grains by twenty percent.”