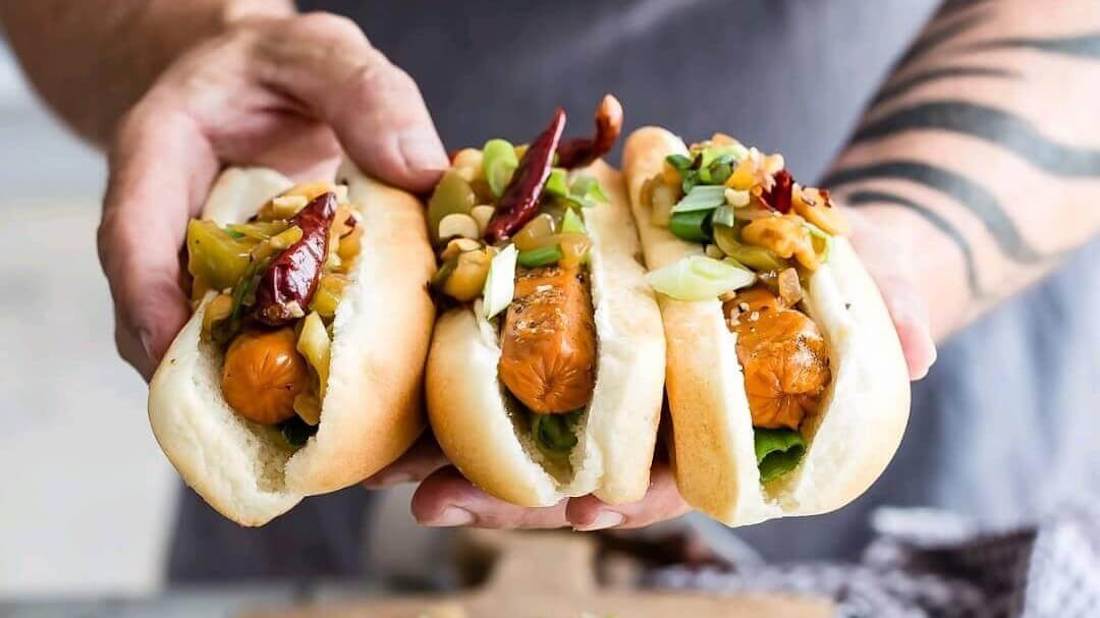 In major retailers across the country, the vegan company will offer its Smart Dogs, Gimme Lean Sausage, and Veggie Bacon, as well as many of its other popular plant-based protein products, including Italian-Style Veggie Meat Balls and Veggie Chicken Tenders.

“It’s a really proud moment for us here at Lightlife,” Dan Curtin, the President of Lightlife Foods, said in a statement. “Plant-based foods appeal to consumers following all types of diets – from vegan to flexitarian – as the benefits are becoming recognized around the globe.”

He continued, “Lightlife has a proud history of making great-tasting plant-based proteins and we’re excited to offer Canadians some of our bestsellers from here in the U.S.”

@eat_figs_not_pigs is not messing around with this decked-out toast: homemade dairy-free cream cheese, tofu scramble, tomatoes, hot sauce, green onions and our very own Fakin’ Bacon.

The brand prides itself on being ahead of the curve, originally paving the way for the currently booming vegan meat trend. Founded in 1979, the company’s inaugural product was tempeh-based, closely followed by Fakin’ Bacon, which was launched in 1983. Even then, according to Lightlife Foods, demand was rising for meat-free protein sources.

According to a recent study conducted by Mintel, over half of Canadians eat vegan meat alternatives – making them the ideal consumer base for Lightlife Foods. “While there’s no indication that Canadians will shun meat ‘en masse’ any time in the near future, consumers increasingly want more flexibility in their diet,” said Joel Gregoire, the Associate Director for Mintel’s Canada Food and Drink Reports. “Limiting meat consumption is one form of flexibility.”

At the end of last year, it was revealed some of the top Googled terms in all of Canada were vegan-related. And in April, one study, funded by the Canadian Meat Council, revealed that people in the country are eating less meat than in the past. This shift in consumer behavior is driven predominantly by health and environmental concerns, says Gregoire. “Aside from health-related factors, considerations around sustainability are also influencing this movement, particularly among young women,” he noted.

Lightlife Foods will roll out nine of its vegan meat products across Canada beginning this month.