U.S. sales of vegan meat will reach $1 billion for the first time ever this year. According to The Good Food Institute (GFI), a nonprofit organization that promotes the acceleration of plant-based alternatives to animal products, sales are increasing thanks to growing flexitarian demand.

According to data measurement firm Nielsen, sales of plant-based meat increased by 10.2 percent in 2019 and reached $946.6 million. Numerator, another market intelligence company, said the increase in sales is primarily due to curious meat-eaters and flexitarians.

Caroline Bushnell, Associate Director of Corporate Engagement at GFI told USA Today: “2019 was a big year for plant-based meat.” She added, “it really feels like the tipping point, but it’s just the beginning. We’re in the early days of a major shift.’’

Nearly 80 percent of Americans are reducing meat consumption as vegan products become more mainstream, affordable, and widespread. According to Numerator, 80 percent of shoppers intend to substitute some or all meat with plant-based foods.

“Health and curiosity are the primary drivers of plant-based meat purchases,” said Numerator. Though, ethical and environmental issues are more likely to be factors for strict vegetarians and vegans. The taste and texture of vegan meat are also important to consumers. Companies such as Beyond Meat, Impossible Foods, and The Vegetarian Butcher produce “realistic” plant-based alternatives that appeal to this.

“One kind of holy grail that companies are out there working on … (is) plant-based steak,” Bushnell said, and “companies are working to develop that same sensory experience.”

“There’s still a ton of room for innovation,” she added. 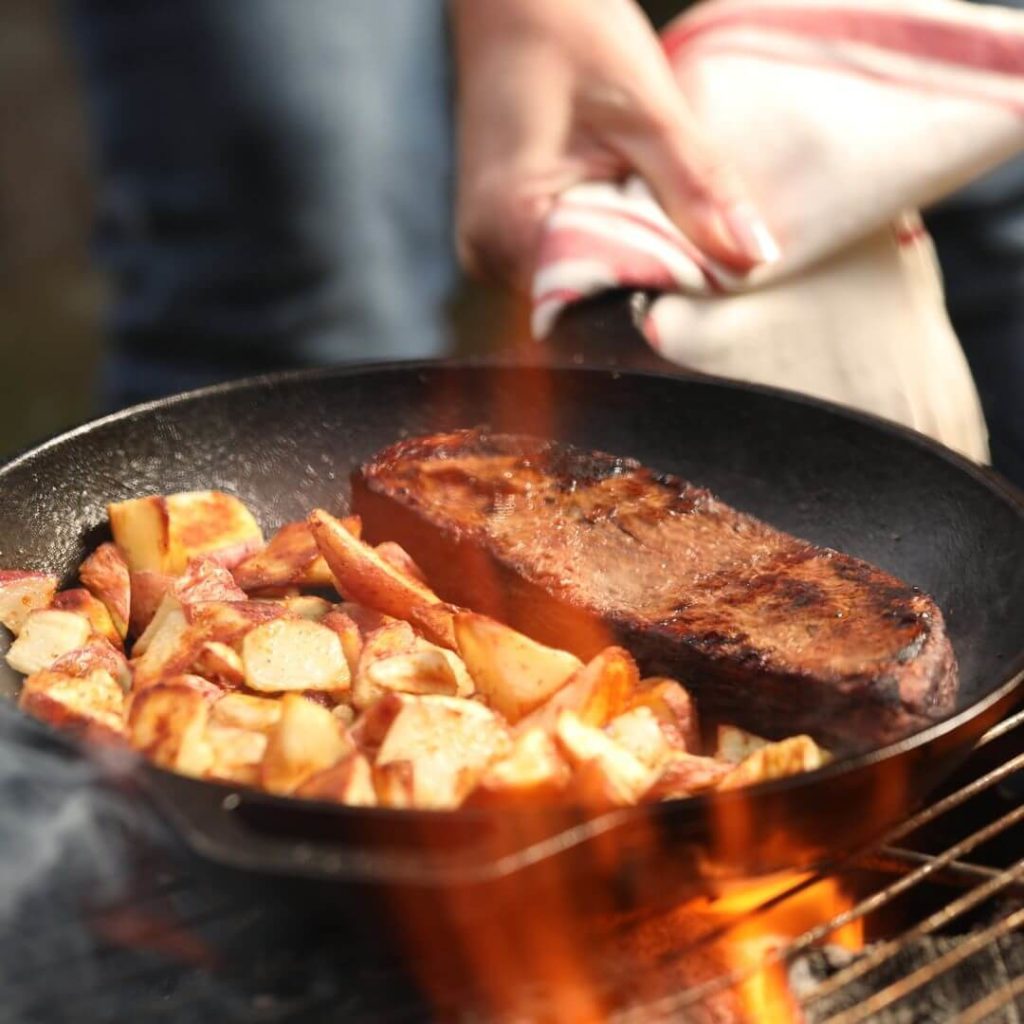 Many consumers are incorporating plant-based alternatives in their diets.

The increasing popularity of plant-based protein has even caused meat-producers to explore the market. Eight of the world’s top 10 meat processors—including JBS, Tyson, and Cargill—are now producing or investing in vegan protein.

Producers of animal products investing in plant-based rivals is not a new phenomenon. A number of dairy producing companies have also invested in plant-based products. These include Danone, the Kerry Group, General Mills, and Unilever.

All four companies have added dairy-free products to their portfolios in some capacity and are continuing to explore the growing plant-based market.