Sales of vegan and veggie meat in U.S. restaurants have increased 268 percent since this time last year, says new data from Dining Alliance, the largest purchasing organization for restaurants in the nation.

The organization notes that this is a significant increase from the year before. Sales had risen 21.66 percent between 2017 and 2018.

Dining Alliance President Christina Donahue says the market is booming for a number of reasons, but innovation in the vegan food industry is one key factor.

Veggie bean burgers and salads are no longer the only meat-free option on restaurant menus and supermarket shelves. Thanks to brands like Beyond Meat and Impossible Foods, vegan, vegetarian, and flexitarian customers alike can now get their hands on beef-like “bleeding” burgers, pork-like sausages, and meat-free mince, all made with plant-based ingredients. But, bean burgers are still a favorite — half of all sales have been veggie burgers with some type of bean in it.

“Simply put, the food has gotten better,” Dining Alliance notes on its website. “Both Beyond Meat and the Impossible Burger have dramatically increased the quality and taste of meat substitutes to the point that they are products that restaurants feel comfortable serving.”

Fast food chain Burger King understands the pull of vegan food for consumers; it recently added the Impossible Whopper to its menu with major success. Since the launch, the fast food chain’s earnings have experienced a spike of 30 percent. 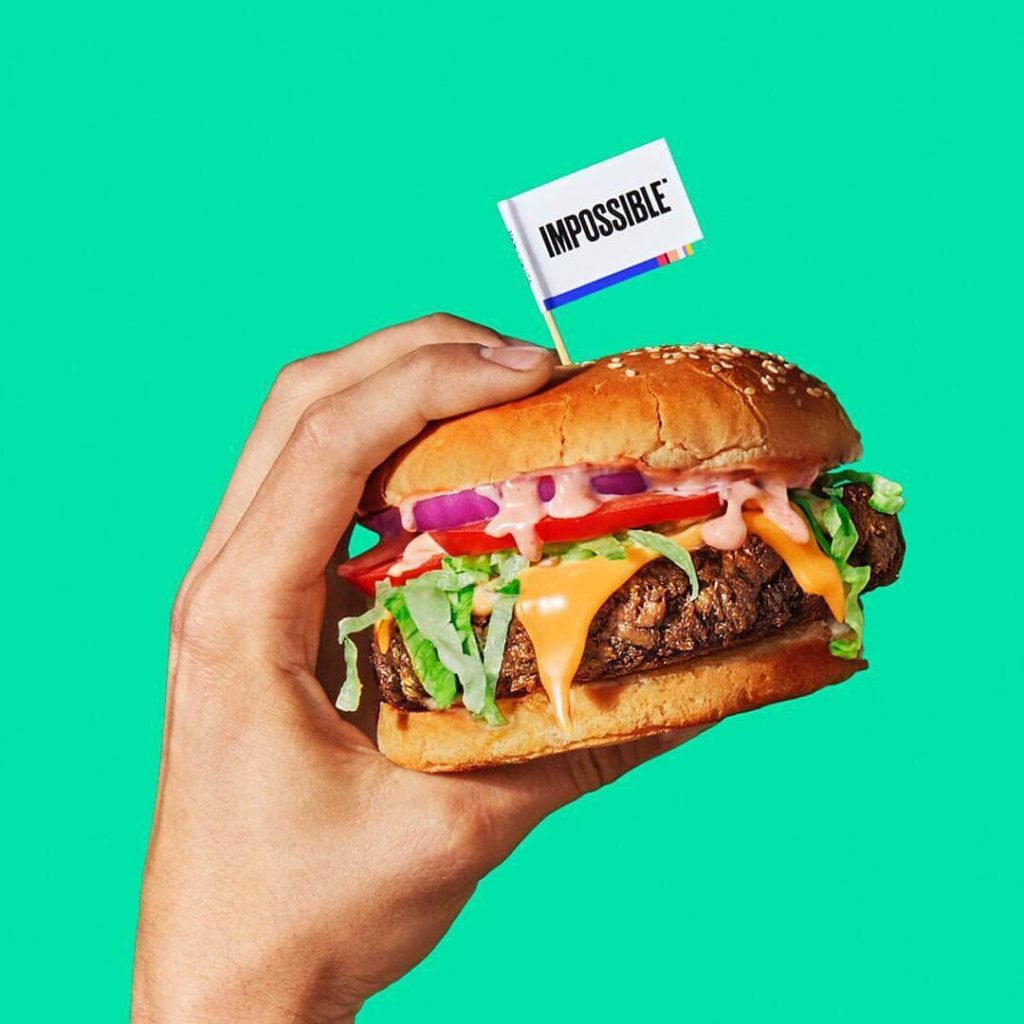 It’s not just innovation drawing consumers towards plant-based foods. According to a study from earlier this year, 114 million Americans are actively trying to eat more vegan food for the sake of their health.

Animal products have been linked to a number of serious diseases, including cancer, heart disease, and diabetes. Several studies have shown that plant-based foods, on the other hand, can reduce the risk of disease, and could even help reverse conditions like diabetes.

Consumers are also more aware of the environmental issues caused by meat consumption. Animal agriculture is one of the biggest contributors to climate change. Last year, the United Nations Environment even labeled meat consumption as one of the world’s “most urgent” problems.