A new, plant-based Mexican eatery will soon be joining Toronto’s Financial District. The “vibrant, feel-good vegan Mexican restaurant” will finally come to fruition after having been contemplated for over a decade.

The 136-seat venue (titled ‘Rosalinda’) was imagined by vegans Max Rimaldi and Jamie Cook of Pizzeria Libretto. Cook said: “We’re excited to be opening Rosalinda at a time when people are more open than ever to incorporating meatless dining into their lives.”

He certainly has a point. Veganism has continued to climb to new heights as awareness on the health benefits of plant-based eating grows. Public venues like hospitals and schools are making progressive changes to the food they offer, and big names in a previously meat-heavy market have vamped up their vegan additions. 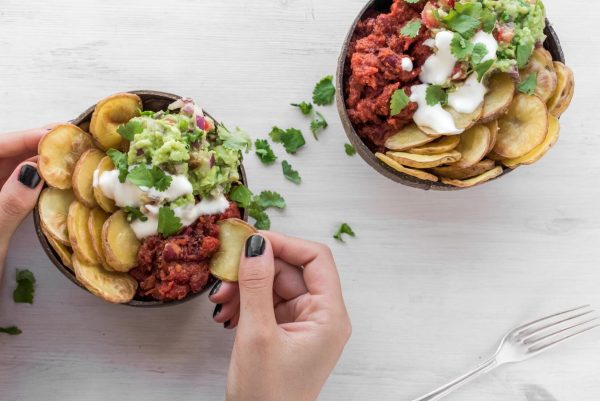 Veganism is predicted to be a major food trend in 2018, but Rosalinda isn’t just for plant-based diners.

Cook explained, “We’re creating a restaurant that will be as appealing to a diehard meat-eater as a lifelong vegan.” However, chicken nachos and beef burritos will be nowhere in sight. The menu will feature dishes such as jackfruit pibil, spicy mole carrots, Tijuana-style broccoli and Japanese eggplant marinated in salsa macha.

Restaurateur Grant van Gameren explains, “When you incorporate big flavours, skill, passion and exceptional produce, all of a sudden, you don’t feel like you’re missing out on a goddamn thing!”.