The meatless braised beef product, produced by Queensland-based brand Fable Food Co, launched in 600 locations around Australia. The shitake mushroom-based meat mimic the taste and texture of animal-derived, slow-braised meats. And they’ve even been featured in the menus of British chef Heston Blumenthal’s Michelin star restaurants.

“At Fable, we focus on developing delicious meat alternatives with a whole food base ingredient⁠—mushrooms⁠—and all-natural, plant-based ingredients. Our first product is an alternative to slow-cooked meats like pulled pork and braised beef,” he said.

Fable’s CEO and co-founder Michael Fox partnered with Blumenthal to launch its products into the foodservice sector last December. This followed the release of Fable in more than 100 Australian restaurants and cafes. Fable’s plant-based meats are also available in meal kit services Marley Spook and Dinnerly. 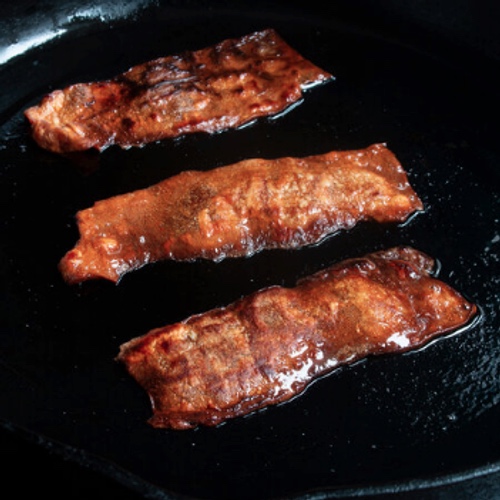 Mushrooms have a meaty, fibrous texture that makes them a favorable substitute for traditional meats.

Fable’s other co-founders know a thing or two about mushrooms. The company was also founded by a chef and mycologist (a mushroom scientist)—Jim Fuller—and an organic mushroom farmer—Chris McLoghlin.

“We’re [all] passionate about mushrooms and turning them into delicious meat alternatives, so our goal is to replicate many different types of meat using mushrooms. We’ve started with slow-cooked meats and we plan to have more in [the] market early 2021,” Fox explained.

Fox says the plant-based beef has received a favorable response from consumers.

“Fable sold out in all Woolworths stores in three states last week. So Woolworths are increasing their sales forecasts for us,” he said. “We’re blown away with how people are using the product—braised beef curries, bolognese, ragu, pulled pork tacos, stews, beef salads, beef bourguignon, beef brisket burgers right through to the great Australian chunky steak pie.”