The Plant Based Foods Association (PBFA) is now one hundred members strong. The vegan trade group organization just accepted Blue Diamond Growers into their impressive list of innovative and progressive plant-based companies as of March 5, 2018.

Blue Diamond expressed its excitement as the history-making one-hundredth member of PBFA. Suzanne Hagener, director of brand marketing, said in a PBFA press release, “Blue Diamond has enjoyed phenomenal growth in recent years, as consumers incorporate more plant-based foods to their diets, and we look forward to supporting our common goals.”

The California-based company is the world’s leading almond marketer and processor. In addition to growing and exporting almonds, the brand is known for its extensive array of plant-based products, including the number one almond milk in the United States, Almond Breeze. 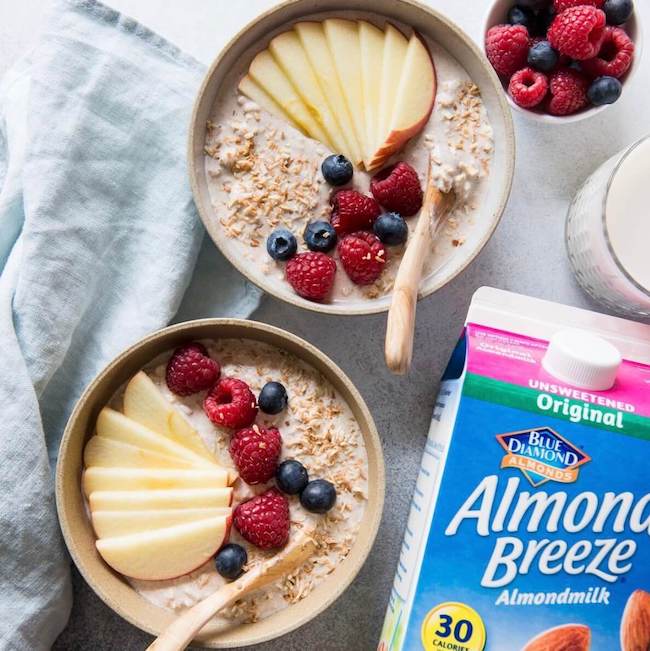 PBFA echoed Blue Diamond’s excitement and celebrated this new partnership. Michele Simon, Executive Director, said, “We are thrilled to add Blue Diamond to our growing roster of companies dedicated to furthering the growth of plant-based foods. The plant-based food sector will continue to grow rapidly, and I look forward to a successful partnership with Blue Diamond.”

This news adds to the major progress PBFA has made in 2018. In February, the organization announced a significant internal growth. It doubled its staff, added a new board member, and created an advisory team, all to better serve the increasing number of plant-based businesses. Member companies range from small start-ups, such as Abbot’s Butcher and Cena Vegan, to plant-based behemoths like Daiya, Califia Farms, The Tofurky Company, and dozens of others.

PBFA began in 2016 with twenty-two members, on a mission to support the vegan business community and give a credible voice to the plant-based space. The constant growth of the organization will further cement its credibility in the business playing field, opening doors and creating a safe space for vegan entrepreneurs.