Reported by Eater Houston, the new vegan cafe, called Malk BevBar, will serve a variety of nut-based milks as well as specialty espresso drinks, such as a hazelnut and maple pecan latte and a mocha almond latte, developed by Greenway Coffee founder David Beuhrer. Smoothies, teas, and superfood beverages will also be available.

The Malk Organics vegan cafe has taken up residence in the Houston Snap Kitchen branch, an Austin-based food company that makes ready-made meals and juices from scratch daily using fresh ingredients. According to CEO Dale Easdon, this is the first collaboration of its kind for Snap Kitchen. The brand strives to build relationships with local brands that share its values of preparing healthy food.

#Houstonians! We’re so excited to announce that our Kirby shop in #HTX is home to Malk BevBar: Houston’s 1st #plantbased coffee, smoothie and tea bar by @malkorganics + @greenwaycoffee!!! ☕️? Come hang out with us at the grand opening on Monday, May 14 from 7-10:30am. ? pic.twitter.com/4IG7WTt65X

“Sure, you can find coffee shops with almond milk or milk alternatives, but they are typically laden with gums, fillers, tons of carbs and oils,” said Malk Organics founder August Vega. “With Malk BevBar, we are sticking to our motto to keep it simple with no additives.”

Similar to dairy-company-turned-plant-based-milk-brand Elmhurst, Malk Organics is committed to providing its customers with single-origin vegan milks, without additives, in flavors like Almond, Maple Pecan, and Cashew. Not only does the new plant-based cafe add to Houston’s vegan restaurant options, it also serves as an indicator of the growing demand for animal-free foods from consumers, even in a city famous for meat-focused cuisine like barbecue.

Earlier this year, vegan Mexican pop-up Sphynx Teahouse announced plans to open a permanent vegan restaurant in Texas with monthly cat adoption events next year. And this summer, Vegandale, the fastest-growing vegan food and drink festival in the nation, will kick off its first event in Houston, featuring a wide variety of vegan food and drink vendors. 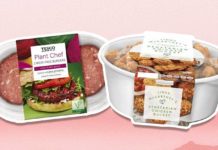