This past week, a group of volunteers donated shipments of vegan ice cream and soy milk to asylum-seekers. The effort was spearheaded by PETA Latino, the international animal rights organization’s division for the Latino community.

According to the press release, a group of PETA Latino supporters donated dairy-free options in order to help children and families at the Humanitarian Respite Center (HRC), a facility operated by the non-profit organization, Catholic Charities.

“Dairy-free milks and ice creams are a delicious option for anyone who is lactose intolerant, is vegan, or simply wants to practice kindness to mother cows and their calves,” said PETA Latino Senior Manager Alicia Aguayo. “PETA hopes to help the Humanitarian Respite Center give a bit of relief to families who have made an extremely difficult journey.”

Prior to taking refuge at HRC, where families are given access to necessities like food, running water, shelter, and security, migrant families were held at the McAllen Detention Center. According to PETA, the HRC had expressed a need for nondairy milk options such as soy milk.

“Hearing that people are trying to find a better life for themselves or having to go through all these extra hardships, I wanted to come down here and help any way that I could,” said PETA Latino volunteer Tamara Tucker, whose grandparents immigrated from Mexico, to The Monitor. 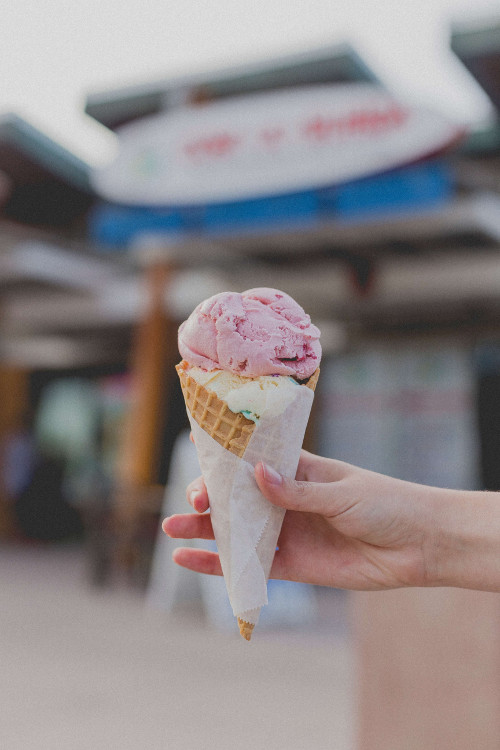 This is not the first time that PETA has supported migrants. Last April, the animal rights organization erected a billboard near the Texas-Mexico border that featured Donald Trump Jr. paired with the caption: “Deport Callous, Cheating Opportunists Now! All Nations Have Their Undesirables. Kindness Welcome.”

Other vegan organizations have also stressed the need for empathy towards migrant families in an era where ICE raids are becoming increasingly more common and children are being torn from parents who are seeking asylum in the United States due to increased dangers in their home countries. According to officials, reunification may not be possible for all families due to lack of direction from leadership.

The Food Empowerment Project, a non-profit vegan organization that fights against slave labor in the cocoa industry as well as for migrant farm worker’s rights, recently highlighted SOMOS Mayfair as a means for others to help asylum-seekers. The organization aims to ensure that all families have access to resources and opportunities that strengthen the community.