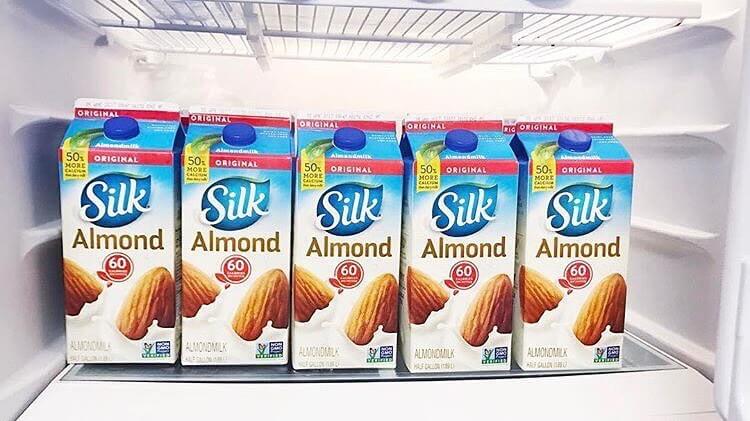 Danone North America, the US division of the French food product corporation, has weighed in on the FDA (Food and Drug Administration) dispute over whether or not vegan milk should rightfully be labeled “milk,” CBS News reports.

In a nutshell, the debate began in December 2016, when members of Congress, some of whom have had their campaigns directly funded by the dairy industry, submitted a letter to the FDA. The letter declared that labeling vegan milk as “milk” is misleading to consumers and damaging to the industry. The fight has picked up steam once again as FDA Commissioner Scott Gottlieb issued a statement at the end of July announcing that the FDA would be looking into the matter.

“People understand the difference between dairy milk and plant-based choices and we do not believe further labeling standards are necessary, whether they are government or industry proposed,” wrote a Danone representative.“Soy milk, almond milk, and coconut milk are the ‘common and usual’ names for these products under the meaning of FDA regulations, and multiple federal courts have ruled as much.”

Seven or fewer ingredients. Three delicious flavors. Unlimited ways to be dairy-free. Our organic almondmilk with cashew lets you have more of the good stuff. ??

Danone largely specializes in dairy products, but in 2017, the multinational corporation purchased WhiteWave Foods (now “DanoneWave”), a company that holds multiple vegan companies such as Silk, So Delicious, and Alpro. Following the acquisition of WhiteWave, Danone reported a $750 million profit spike, which it partially credited to plant-based food sales.

The underlying issue, pointed out by many, is the dairy industry feels threatened by the growing consumer interest in plant-based milk. Data released last January showed that the vegan milk market is set to exceed $34 billion by 2024. A separate report conducted by leading market research firm Mintel showed that US sales of non-dairy milk increased by 61 percent while dairy milk sales, which have seen a steady decline since the mid-1970s, dropped by 15 percent.