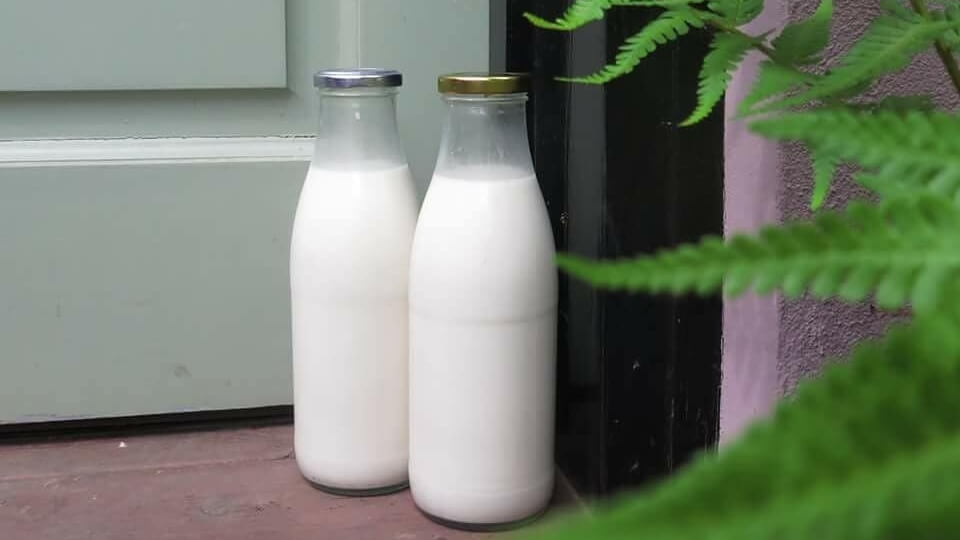 The rich vegan beverage – created after Heaven tasted a similar drink in Africa – has a creamy texture that could “rival vegan milks already on the market including oat and almond,” according to BristolLive.

The inventor told the publication that his tiger nut vegan milk pairs well with “tea, coffees, and cereals,” and has its “own distinct taste.”

Made in his home kitchen, Heaven delivers the product himself via bike to select Bristol neighbourhoods. Currently, residents living in St Werburghs, Easton, Fishponds, and St George can buy the nondairy milk.

“Tigermylk aims to address two issues at the same time — the poor treatment of cows in industrial dairy settings, and the huge amount of plastic and tetrapack waste generated by all kinds of milks, animal and plant alike,” Heaven said. “I use re-usable glass bottles and … metal caps are washed and re-used, and can last a long time if looked after well.”

This is how many tiger nuts are in every bottle of tiger mylk, and the re-usable glass bottle it is delivered in . . . #tigermylk #bristol #noplastic #bristolfood #vegan #veganmilk

Tiger nuts, which come from a plant known as Cyperus esculentus, are actually tubers – like potatoes and sweet potatoes. The plant is sustainable and “low-impact” and the tiger nuts contain beneficial nutrients, such as calcium, magnesium, and potassium.

The Rise of Vegan Milk in the UK

The plant-based milk industry is still growing thanks to Gen-Zers and Millenials, and apparently, almond milk is dominating the market.

One of the reasons younger consumers are buying nondairy milk is because of environmental concerns. In June, a study revealed that 46 percent of young consumers believe the current food-system is unfair to the planet.

Many consumers enjoy the variety of plant-based milk options available. “When you used to go into a coffee shop, you used to have it with milk or without,” Michael Oakes, chair of the National Farmers Union dairy board, told Wired. “Now there are four milk alternatives alongside milk.”