It might only seem like yesterday that you were popping the champagne bottle for New Year, but somehow 2018 is fast approaching.

While 2017 has been a fantastic year for the global plant based market, next year could be leaps and strides better, especially if these vegan milk trends live up to expectations.

Here are five plant milks you can expect to start hitting shelves in 2018. 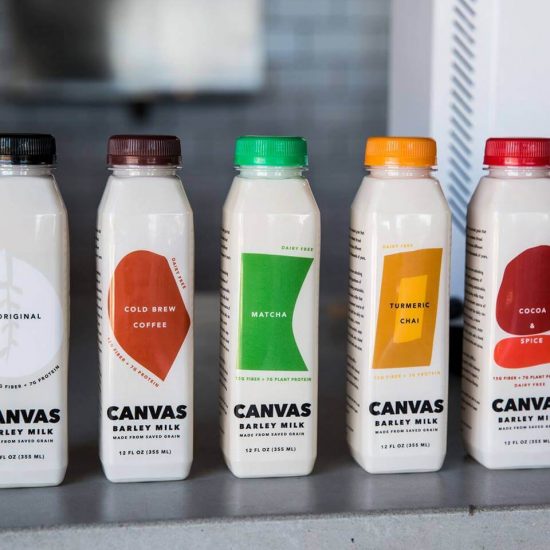 A very new type of milk, barley milk is being made by a startup company called Canvas – utilizing unused barley grain from beer brewing and turning it into a sustainable plant based milk alternative. There are currently five flavors – cocoa, turmeric chai, matcha, cold brew latte and original. Perfect for health-conscious consumers and those looking to reduce their waste. Definitely one to watch out for! 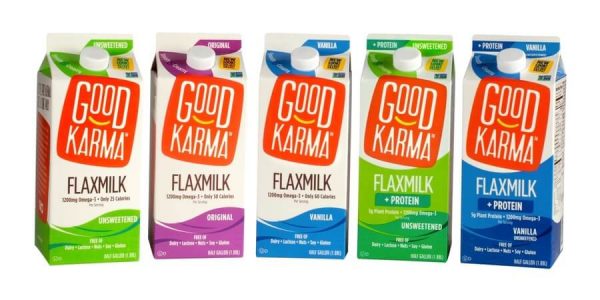 Flaxseeds (also called linseeds) boast a high omega-3 content, giving this milk a selling edge over traditional plant based beverages. The current leading brand, Good Karma claims their products have 1200 mg of omega-3 per serving! As this plant based milk is free of all major allergens, this is the perfect beverage for all ages and dietary requirements. Keep an eye out for flax milk! 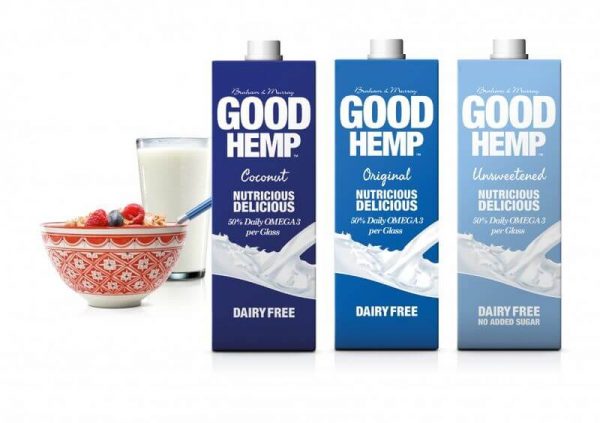 Hemp, while not legal in every country is not actually made from marijuana (contrary to common misconception).“[Hemp milks] contain no THC (tetrahydrocannabinol), which is the active substance in marijuana that makes you feel high (and later, hungry). Hemp seeds don’t give you the munchies – in fact they squelch your hunger, thanks to a nutritional profile high in fiber, fat and protein.” – according to Organic Authority. Hemp is also a rich source of omega-3 fatty acids and a complete protein (containing all essential amino acids). Keep tabs on this superfood-strong drink 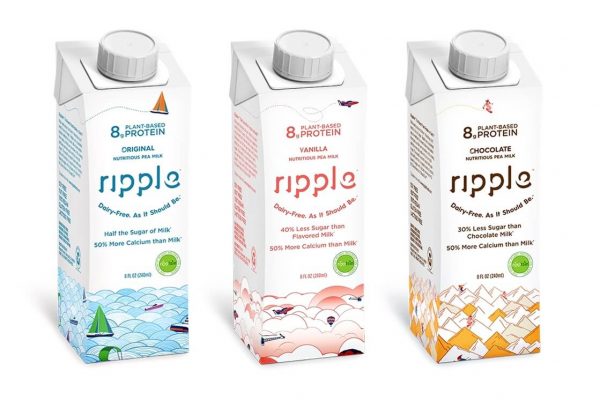 Despite the sound of ‘pea milk’ – you won’t be drinking something with an offputting green hue, as this milk is made from golden peas. Pea milks, such as Ripple’s are generally higher in protein, lower in sugar and lower in fat than traditional plant milks and dairy milk – plus they have a higher dose of vital nutrients, such as calcium, iron and vitamin D. You’d be a pea brain not to have a good think about pick up a bottle of pea milk during your next grocery shop. 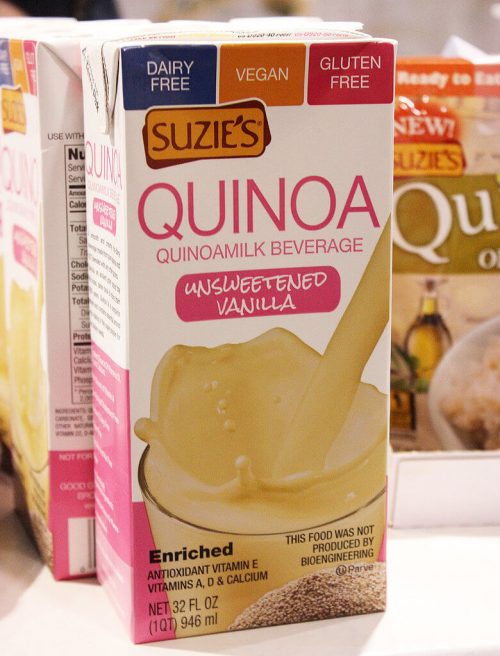 According to the latest trends report by Packaged Facts “[t]his beverage formulation is reported to be high in protein, fiber, vitamins, and all nine of the essential amino acids. It also contains important minerals such as magnesium, iron, copper, manganese, zinc, and phosphorus and has a low glycemic index.” Quinoa itself is a rich source of complete protein (containing all nine essential amino acids), naturally; quinoa milk has generous protein too.