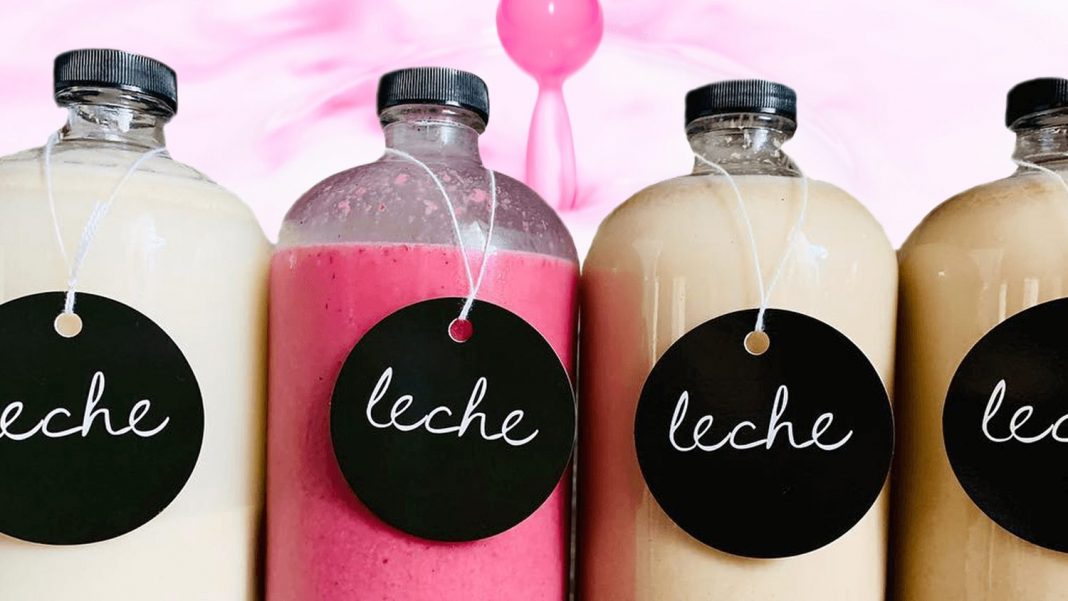 Raised on plant-based milk himself, Macedo wants to “show the wide variety of flavors and ingredients” that can be used in vegan milk, as well as the tried-and-tested almond, cashew, and oat milk most people are now familiar with. The subscription offers walnut, sunflower, sesame, and pecan amongst other options.

The brand is conscious of the environment, striving to “to be sustainable and waste-free,” according to its website, “[as] plastic and food waste is a growing problem.”

Not only does the subscription service use glass bottles in an attempt to reduce single-use plastic waste, it also recycles the waste products generated from its milk and coffees to create unique beauty products, including bath bombs, lip balms, scrubs, and body butter.

Vegan Milk Around the World

Vegan milk has become increasingly popular over the past few years, with a huge range now available across the world.

Varsity reports that “a study by Mintel revealed the rise is even greater in the USA [than the UK], where non-dairy milk sales have grown by 61% since 2012.” Companies such as Ripple Foods based in California are branching out into less traditional ingredients such as yellow peas in an attempt to offer new products to eager customers.

According to Greg Steltenpohl, the CEO of plant-based brand Califia Farms, the global vegan milk market is set to continue growing. “I think the category is very strong,” he told Food Navigator. “I also think that we are trying to be prepared for a possible tipping point [from traditional dairy products].”

The recent surge in the popularity of vegan milk is not new; there is evidence that plant-based milk has been around longer than many initially believed. Soy milk, in the form we recognise today, became common in China in the 17th century, during the Qing dynasty and was traditionally served hot.

Ken Albala, professor of history at University of the Pacific and host of the podcast Food: A Cultural Culinary History, told the Smithsonian that almond milk “shows up in pretty much every medieval cookbook.”