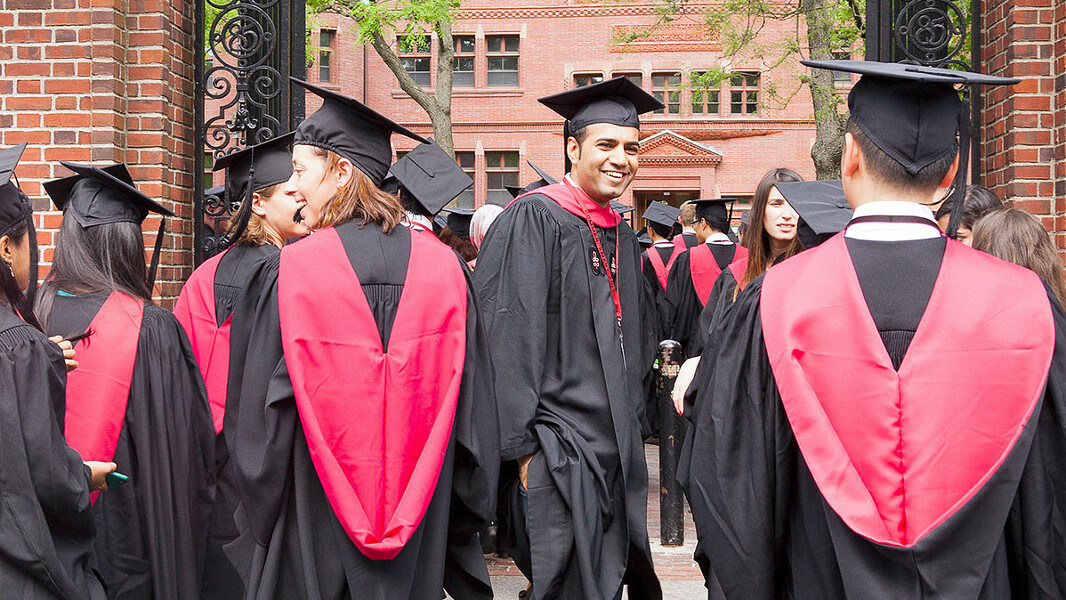 A new vegan restaurant has opened in Harvard University, bringing vegetable-centric bowls and brunch to the Smith Campus Dining Center. For the grand opening of the third location, free t-shirts with the pun, “Eat Kale Beet Yale” were given away.

Local news source The Harvard Crimson reports that the new dining spot is Whole Heart Provisions, a Massachusetts-based mini-chain. The restaurant emphasizes healthy eating with veggie bowls that are served over the customer’s choice of a bed of grains or greens. On Sundays, it serves vegan brunch options like pancakes, tofu “huevos” rancheros, a beet pastrami reuben, and seared avocado tacos.

The Harvard Square location marks the third restaurant opening for Whole Heart Provisions co-founders, Rebecca Arnold and James V. DiSabatino. The duo opened the first location in Alston, Massachusetts in September 2015, followed by a second one in Central Square this past spring. It was Harvard that approached the duo about the prospect of opening an on-campus location. While the pair had reservations about opening another restaurant, the look of the campus center convinced them to take Harvard up on the offer.

“I think it’s just looking at the future,” DiSabatino said, referring to the restaurant’s primarily whole foods, plant-based menu. “A hundred years from now are we going to be eating less meat or more meat as a society? I think it’s pretty clear it’s going to be less, because the planet kind of depends on it.”

Harvard is looking to plant-based cuisine as the future of food as well. Last June, chefs from Harvard University Dining Services participated in the Humane Society of the United States’ Forward Food vegan cuisine training course. “Many of [our chefs] were classically trained in a style where meat was the center of the plate and the core, defining flavor. Forward Food gives them an opportunity to explore new recipes, techniques, and ingredients,” said David Davidson, managing director of Harvard University Dining Services.

This isn’t the first time the Ivy League university has welcomed a local, veg-forward chain; vegetarian chain Clover Food Lab also has a location in Harvard University Science Center. According to Eater Boston, the vegan Impossible Burger was added to the Harvard location of Clover in September 2017 prior to being added to other menus.

Across the nation, campuses are offering plant-based culinary training programs, adding new vegan dishes to menus, and opening new dining options in order to meet the student demand for vegan food. According to leading foodservice provider Aramark, 80 percent of diners, including college students, are interested in trying more plant-based options.