Sold under the supermarket’s V Taste range, the No-Moozarella Sticks feature dairy-free cheese made from a blend of coconut oil and potato starch encased in a crispy parsley breadcrumb coating. It comes in a pack of eight and costs just £2.50.

According to Morrisons, the new vegan party snack was developed after consumer research found that mozzarella sticks are one of the foods vegan miss the most.

“We know a lot of our vegan customers really miss cheese and that their options are often limited at family buffets, which is why we’ve taken a classic cheesy party food that everyone knows and loves and made it vegan,” Morrisons party food buyer, Oliver Smith, said in a statement. 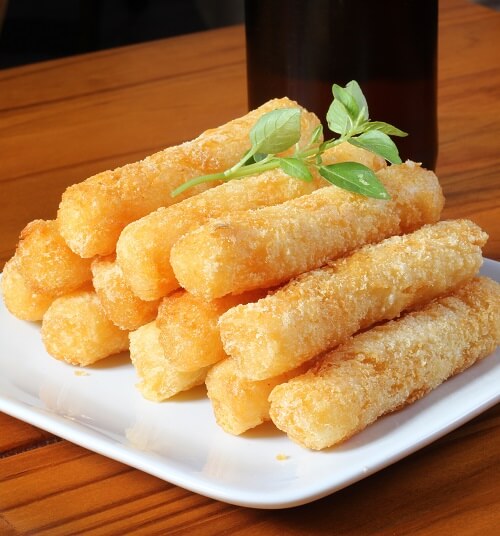 The effort to introduce products that vegans miss the most is part of a larger change happening in the UK. The nation launched more plant-based products than any other nation last year, according to global data firm Mintel. Health, the environment, and animal welfare are all factors driving the shift toward vegan food.

“Additional space is also being freed up by UK supermarkets in the on-the-go aisles and small format stores to help promote vegan food and drink, making it easier for meat-eating consumers to try these new concepts out,” said Edward Bergen, global food and drinks analyst at Mintel.

Morrisons recognizes the rising demand for plant-based food in the UK and has made moves to cater to changing consumer habits. It launched V Taste, its private label vegan range last November, featuring affordable ready meals and desserts.

“More and more people are eating vegan and we are listening and responding to customers who tell us that they want more vegan options. We are also making vegan food easier to find,” Morrisons’ vegan buyer Alex Dodd-Jones told Just Food.

As of March 2018, all of Morrisons’ private label plant-based products show vegan labeling. Research from animal rights nonprofit Animal Aid shows that 70 percent of UK consumers would switch to a supermarket with clearly labeled vegan products.