Updated May 10, 2019 | For many, childhood memories are incomplete without the music of an ice cream van, inspiring kids to run to the street, coins in hand, to buy a soft-serve cone. Now, nostalgic Aussies who love cruelty-free foods can relive the past with a vegan soft serve, from Mr. Whippy itself. A new vegan-friendly ice cream truck – which goes fully plant-based for vegan events – has arrived in Melbourne.

Though many companies have similar business models, ice cream trucks are commonly associated with the original Mr. Whippy brand, which emerged in the late 1950s. Now, a Melbourne Whippy van with an updated look – its original van design replaced with a tuk tuk (also called an auto rickshaw) – is still serving ice cream, but unlike in the fifties, dairy-free options are available.

The decision was motivated by demand, according to a post on the brand’s Facebook page. “You asked for Vegan and we’re delivering,” Mr. Whippy wrote online. The company even appeared at Vegan Nights in Melbourne, a monthly event that brings together the best of the city’s plant-based food and drinks scene, with an all-vegan menu. 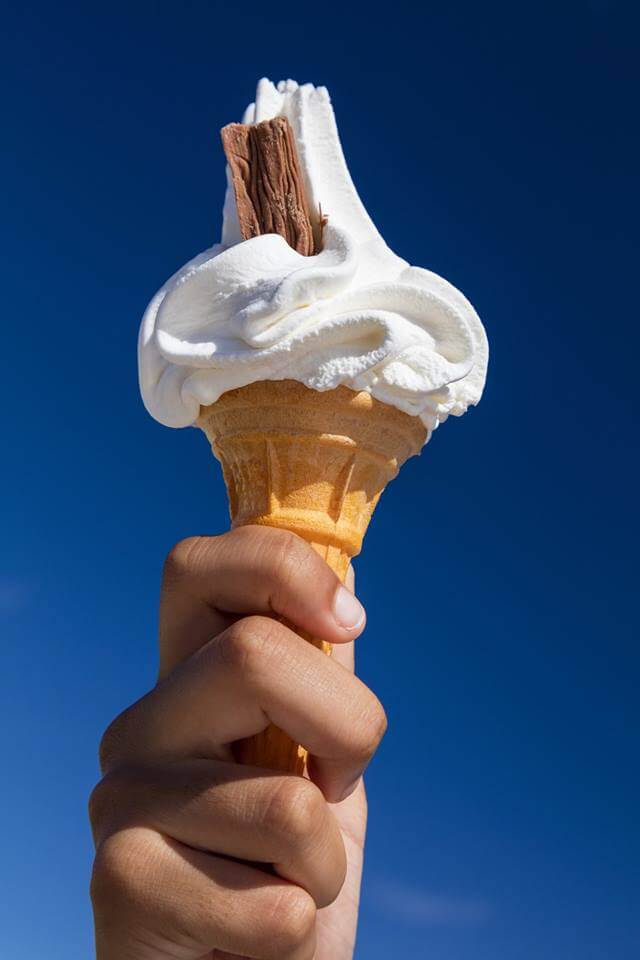 Soft serve ice cream is a childhood favorite for many | Image Credit/Mr. Whippy

Vegan Ice Cream Around The World

Conventionally, soft serve ice cream is made with multiple animal products including milk, non-fat milk, and whey. But as consumer preference shifts away from animal-based foods, more businesses are evolving to keep up with demand.

The vegan ice cream industry is booming around the world, its market value set to exceed $1 billion by 2024 as more lean away from dairy. This year, Malaysian locations of the world’s largest furniture retailer IKEA completely removed dairy soft serve ice cream from its stores, replacing it with a vegan version.

Australia’s neighbor, New Zealand now has it’s own vegan soft serve ice cream van too. Run by Hannah Deavoll and husband Sam, the truck named Vice Cream serves vegan Mr. Whippy style soft serve across Queenstown. The soft serve is coconut based, which doesn’t seem to cause problems for customers, with many not noticing any difference to the original.

Mr. Whippy can be found at The Ascot Lot all summer long, which is located at 466 Mt. Alexander Road, Ascote Vale.