Launched by Hana Deavoll and her husband Sam earlier this year, Vice Cream is the first truck of its kind in the country. It serves dairy-free soft serve across Queenstown at events, including sporting and corporate occasions, as well as local markets.

There’s no elaborate secret recipe for the ice cream, according to Deavoll. It’s just coconut milk-based ice cream, which is created in the machine just like a Mr.Whippy, only without the dairy.

The missing dairy element doesn’t seem to be a problem with the truck’s customers so far; in fact, Deavoll says people don’t really even seem to notice there’s anything different.

“Even though it says on our truck ‘the dairy-free ice creamery,’ and on our menu it says ‘100 percent dairy-free and vegan,’ I still don’t think a lot of people realise,” the co-founder explained to Stuff. 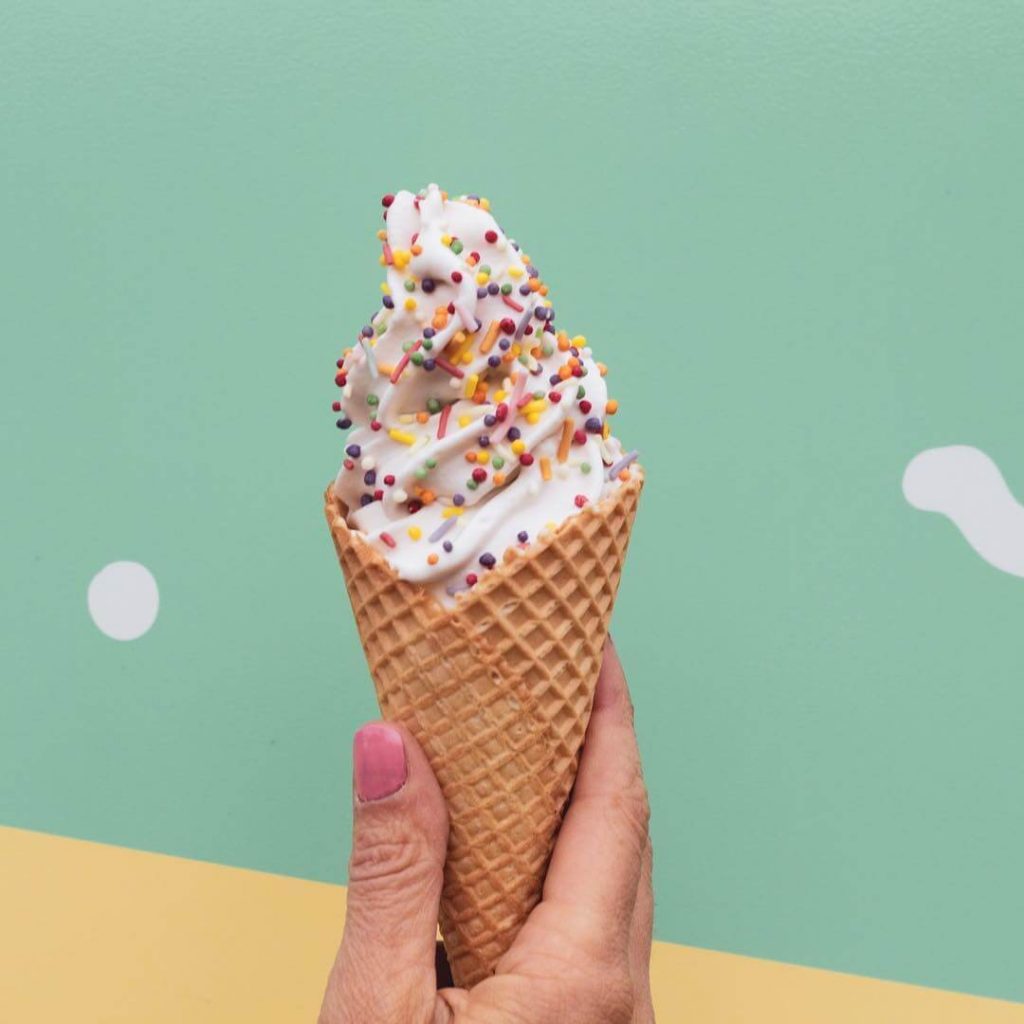 Vegan for the Planet

One of the main reasons Deavoll believes New Zealand’s consumers should go dairy-free is for the environment. Due to high greenhouse gas emissions and the pollution of waterways, the dairy industry has a detrimental impact on the environment.

Last year, international environmental organization Greenpeace urged the New Zealand government to ban any new dairy farms from being built. “There are already too many cows for our waterways to cope with. Yet there are new dairy farms being built and existing farms are still adding more cows,” said Gen Troop, a Greenpeace freshwater campaigner.

Deavoll believes that as awareness grows of the environmental problems associated with dairy, more consumers will switch to vegan alternatives, like coconut milk-based products. “You can’t be an environmentalist then go buy a dairy ice cream and cheese, because they contradict each other,” she explained.

Conscious consumerism is growing in New Zealand; delivery service Uber Eats recently predicted that 95 percent of the biggest food trends for 2019 would be vegan. Deavoll is eager to cash in on this growing demand for more ethical products. She said, “I wanna develop our own brand of ice cream too, so you can get it in supermarkets. That’s the big plan.”