Animal activist and longtime vegan, Moby, has shown his 257,000 Instagram followers that sustainability can branch into aspects of life further than just one’s diet. The celebrity shared a snap of his backyard and announced he has filled in his pool to plant 16 adult trees and a variety of smaller plants to create a holistic ecosystem for pollinators like bees and butterflies.

Moby captioned: “[p]roject ‘get rid of my pool and plant a bunch of trees’ is almost done. Yesterday we planted 16 adult trees, and over the next week we’re planting lots of little plants that pollinators love. Much better use of a backyard than a dead concrete hole.” 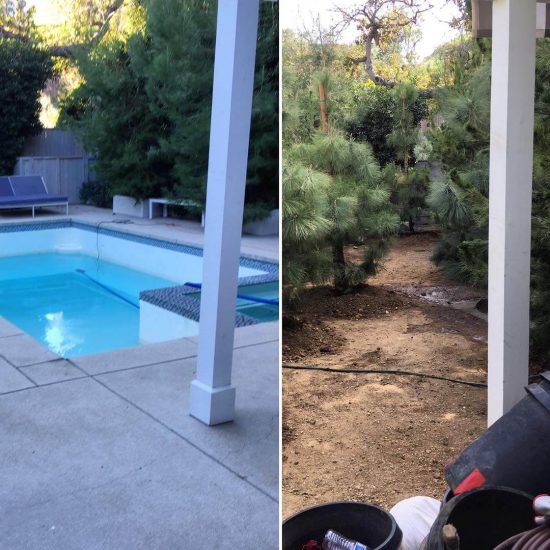 Saving the population of bees and other pollinators from extinction is of the utmost importance if the Earth is to continue growing the crops humans have grown to rely on. If bees buzz off, so does coffee and chocolate, almonds, and about one-third of the foods we regularly consume. Across the globe, just two percent of bees are responsible for pollinating 80 percent of crops.

In the U.S. alone, there was a 44 percent decline in the population of bees between 2015 and 2016, data that prompted The National Resources Defense Council to state: “[r]esearchers are calling the mass disappearance ‘Colony Collapse Disorder’…The number of hives in the United States is now at its lowest point in the past 50 years.”

6 weeks ago I would’ve been standing in the deep end of my pool, now I’m standing in the beginnings of my new forest. Ps hummingbirds and butterflies have already moved in, and the bees are way happier with trees and plants than a dead concrete box of chlorinated water. Ps I love my new little forest. #baldhippie

Some of the biggest factors contributing to the mass decline in bee populations are pesticides, specifically, neonicotinoids, a class of pesticides temporarily banned in the EU because of the connection to colony collapse disorder.

Bees rely heavily on perennial habitats such as forests, hedgerows, lush grasslands, and fields. However, due to the intensification of modern-day agricultural practices, habitats that suit a beehive are becoming few and far between. Combined with the viruses, parasites, and diseases affect hives across the globe, and it’s easy to see how pollinator populations are at serious risk.

This isn’t the first time Moby’s taken steps to protect bees. he appeared in a 2014 video for the Center for Food Safety called “Save Our Bees,” where he takes the organization on a tour of his then-home that was also home to more than 30,000 bees.