Vegan musicians Mya and Dawn Richard have teamed up with animal rights organization, PETA (People for the Ethical Treatment of Animals) to promote vegan and cruelty-free fashion.

PETA shared snaps of the two compassionate singers via Instagram stories. “We’re working on a #vegan fashion project with singers @dawnrichard & @myaplanet9,” wrote PETA. The specifics of the project are yet-to-be-announced.

Richard stated in another story that she is proud to wear vegan fashion. “You’re respecting not only the humans around you, but the animals around you as well,” she said. 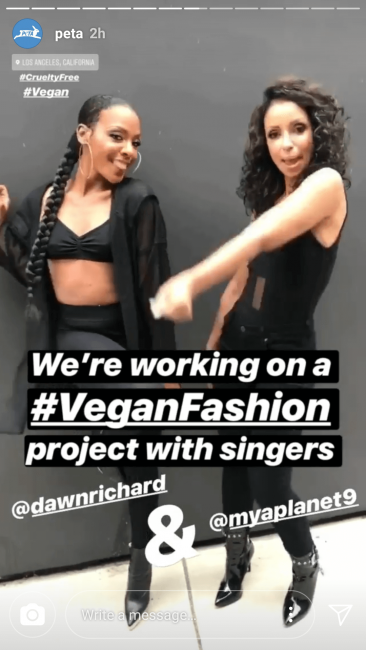 Both women are vocal about animal rights and their vegan lifestyles. In a recent interview for Black news and opinion magazine, The Root, Mya weighed up the pros and cons of veganism.

“Some of the pros of veganism? Let’s start with clarity in the mental space, even spiritual connection with the rest of the world, environmentalism, it takes about 25,000 gallons of water to produce one pound of beef,” Mya explained. “There [are] all these things attached to veganism.”

Mya has written and published a free online guide to going vegan. In previous interviews, including work with PETA, the star has cited her vegan diet as reason for her “fountain of youth.” The Grammy-nominated singer told PETA, “I would definitely recommend it [a vegan diet] in every possible way, if you want to see a huge difference in your life, give vegan a try, it’ll grow on you.” She’s even accredited curing her anemia to eating a plant-based diet. 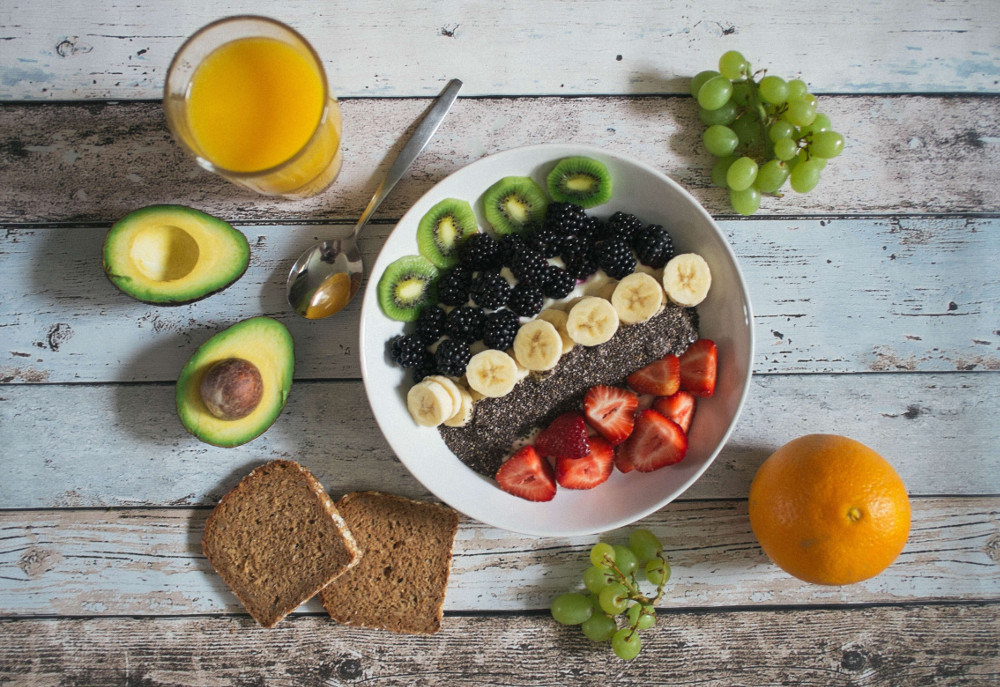 Richard’s sentiments for veganism echo Mya’s statements. Richard told PETA in 2015 that after going vegan, “[M]y whole life has changed. I get up earlier, I want to exercise, I feel better, my skin feels better —and these are things I didn’t even know [about vegan eating], coming from the south, coming from New Orleans.”

The former Danity Kane singer has also posed nude for multiple PETA campaigns – including one where she was “skinned alive” to open a conversation about leather and fur.

Vegan fashion is increasing in popularity with many consumers. The market growth can be accredited to an increasing awareness about animals in the fashion industry and the availability of ethical, cruelty-free alternatives.

Passionate vegan celebrity, Miley Cyrus, recently told reporters at the Met Gala 2018 that “there doesn’t have to be [animal] torture in fabulous fashion.” She donned a low-cut backless silk satin black halter gown by sustainable vegan fashion designer Stella McCartney, who doubled as Cyrus’s date for the evening. The head-turning dress was paired with a pair of shoes by luxury vegan footwear brand, MINK.