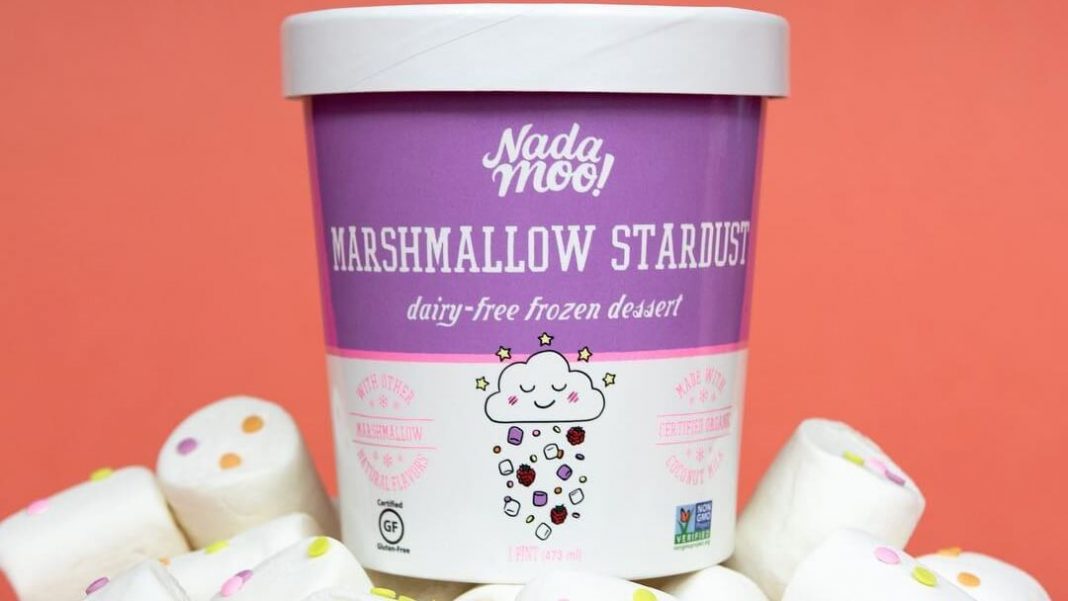 The latter flavor is described as a “mystical marshmallow explosion.” The brand told fans on Instagram that it tastes like Lucky Charms cereal.

The family behind NadaMoo! has been making ice cream since 2004, using coconut milk in place of dairy. The product’s creamy consistency won over those who tried it and soon enough, complete strangers were “showing up on our doorstep with spoons,” the team wrote on its website.

Introducing Marshmallow Stardust✨ A special-edition mystical marshmallow explosion! Sprinkle your life up with this sweet flavor?

The vegan ice cream company opened its first brick-and-mortar shop last year, taking over a space formerly occupied by an Italian gelato shop. In 2017, NadaMoo! revealed to Food Navigator that its revenue had increased six-fold in the two years prior. Later that month, the company announced it had raised $4 million in an investment financing round, enabling it to expand distribution and create new products.

The dairy industry is declining like never before and in its place, the plant-based food market is taking over. Forty-eight percent of dairy-drinking Americans are also buying vegan milk whilst in the UK, nearly 30 percent of young people are trying to reduce their dairy intake.

Established dairy-based ice cream brands are shifting their practices to keep up with demand. Magnum’s plant-based ice cream, made with pea protein and dairy-free chocolate, is now available throughout Europe, the U.S, Australia, the UK, and soon, New Zealand.

Experts predict that sales of vegan ice cream will surpass $1 billion by 2024.