The Pacific Northwest’s popular vegan burger chain Next Level Burger has announced plans to open its first east coast location in New York early next year. The restaurant will be located inside the Fort Greene 365 by Whole Foods Market in Brooklyn when it opens at the end of January.

Whole Foods has put other vegan chains inside its 365 Market concept stores including the popular New York chain By Chloe, founded by award-winning vegan chef Chloe Coscarelli. That restaurant is located inside the first 365 store, which opened in the Los Angeles neighborhood of Silverlake in 2016. 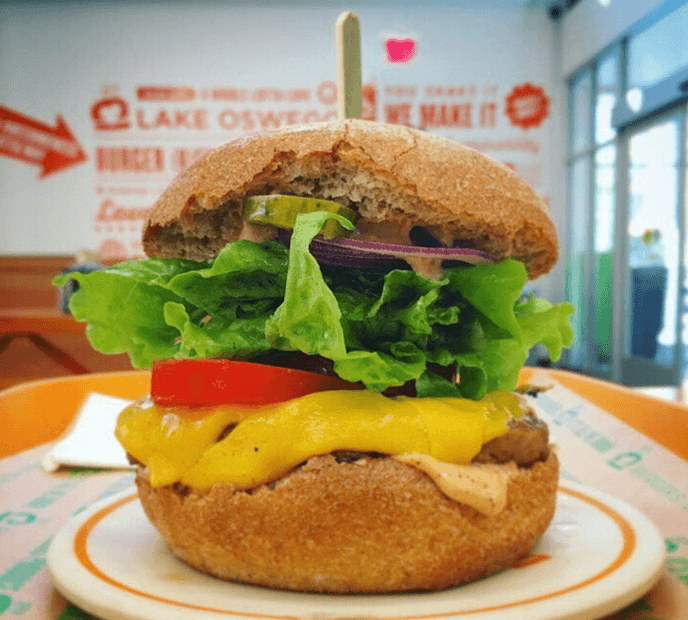 The Next Level Burger chain is known for its custom burgers featuring veggies and plant proteins like tempeh. But it also sells the popular Beyond Meat Beyond Burgers that “bleed” and mimic the taste and texture of ground beef with ingredients including beets, peas, and coconut oil.

“Next Level Burger is not universally loved, but it still has a committed following,” notes Eater. “Concept-wise, it’s kind of like a less health-focused and less Instagram-baity version of By Chloe.” the chain also sells sandwiches, shakes, hot dogs, salads, and “loaded” fries that can be topped with chili and vegan cheese.

Next Level Burger launched in Bend, Oregon, in 2014 by co-founders Matt and Cierra de Gruyter, who wanted healthier food for their family. It now has five other locations in Seattle, Portland, and California.