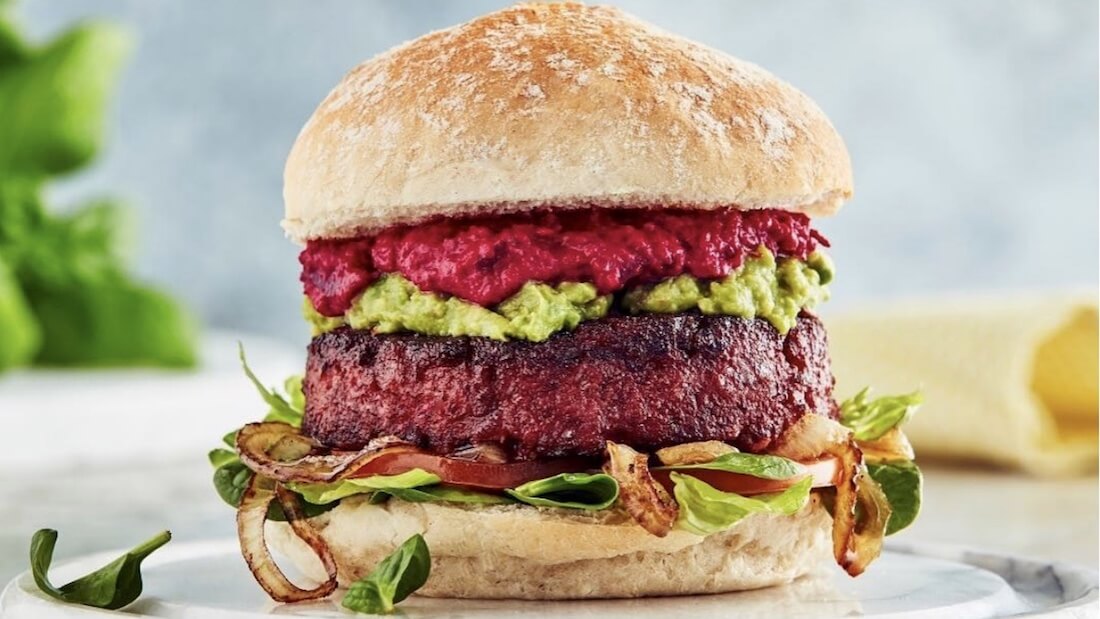 A new report by The Guardian affirms that supermarkets in the UK are racing to keep up with the demand for plant-based products. In some markets, vegan meat is consistently outselling animal-based meat, as is the case of Iceland, a British supermarket specializing in frozen foods and ready-made products. The company just announced that its new own-brand vegan burger, the No Bull Burger, has regularly outsold wagyu beef since it first launched in April.

The No Bull Burger is Iceland’s first own-brand vegan product. Similar to the Beyond Burger, it promises to perfectly replicate the look, taste, and texture of a beef burger, and uses beetroot to give the patty its “bleeding” characteristic. The supermarket’s executive chef, Neil Nugent, told The Sun, “It’s been a real challenge to get the succulence right.” However, now that the patties are flying off the shelves in comparison to wagyu beef, it may be safe to assume that the company has nailed it.

Like the other popular plant-based “bleeding” burgers, namely the Beyond and Impossible Burgers, the No Bull Burger is not solely intended for vegans. Nugent said, “We are trying to get those people who want to drop meat once or twice a week.” According to The Sun, this demographic makes for a far greater audience in comparison to UK’s vegan population. There are an estimated 540,000 vegans in the country, but the media source claims that there are up to 22 million flexitarians, all looking for ways to reduce their meat consumption without sacrificing the foods they love. The No Bull Burger may be the answer.

We’re getting all up in your grill with this BBQ cheat! ? Check out how we make our No Bull Spray Marinade?

The No Bull Burger is not the first vegan meat product to outsell meat in supermarkets. Last month, Beyond Meat announced that its iconic Beyond Burger had outpaced beef sales in many of its southern California retail locations. Ethan Brown, the company’s CEO, attributed the success to the product’s placement in stores. All Beyond Burgers are stocked in the meat case, not to confuse consumers, but to bring their attention to a more sustainable alternative. Flexitarians and omnivores are not likely to shop in the meat alternatives/tofu section, which is why it is crucial to bring plant-based products to areas of the market where they will reach a broader demographic. This marketing strategy has led many flexitarian consumers to choose plant-based meat. By the numbers, 86 percent of vegan meat in the US is purchased by omnivores. If the sales of the No Bull Burger and other plant-based alternatives continue, the UK may not be far behind.