Around Easter and spring, my mind goes to foods that remind me of bright sunshine, and “solskinnsboller” definitely fits the season. Decadent, fluffy cardamom buns with a “sun” in the middle of vanilla custard, these sweet rolls are perfect to enjoy during an afternoon sitting against the wall of your cabin in the Norwegian mountains, enjoying the sun and crisp air. Especially after a long cross-country ski trip, where you most likely have burned several hundred calories!

Solskinnsboller, or solboller as they are sometimes called, is directly translated to “sunshine buns” or “sunshine sweet rolls.” They are often enjoyed on the “sun day” in places in northern Norway to celebrate the return of the sun after a long, dark winter. Funnily enough, buns called “mørketidsboller” (darkness buns) have also been created, which are eaten during the dark days of winter. They are glazed with chocolate and are also filled with vanilla custard.

Solskinnsboller are different from skoleboller, which I’ve written about in the past. Skoleboller, typically, are topped with sprinkles of coconut and confectioner’s glaze, and sunshine buns often are filled with additional things like cinnamon sugar and butter, oranges, almonds, chocolate… anything your heart desires, essentially. I did add some confectioner’s glaze to my rolls, just to be rebellious.

These buns are in classic Norwegian style; light, soft, and juicy with a scent of cardamom which makes it impossible to stop after just one!

The tricky part of veganizing these buns is definitely the vanilla custard, as it isn’t as yellow as the ones made with egg. While I tried using turmeric, it turned it more of an orangey green color. If you care about the color (the taste is exactly the same as regular vanilla custard!) you can try applying some yellow food coloring. Alternatively, you can always buy instant pudding mix such as Jell-O or this one from Organics, which I prefer. Just remember to use LESS plant-based milk than you would regular milk, and almond milk works best.

Try these out and you might have some new fans very soon!

These Vegan Norwegian Cardamom Rolls Are Like Doughy Sunshine 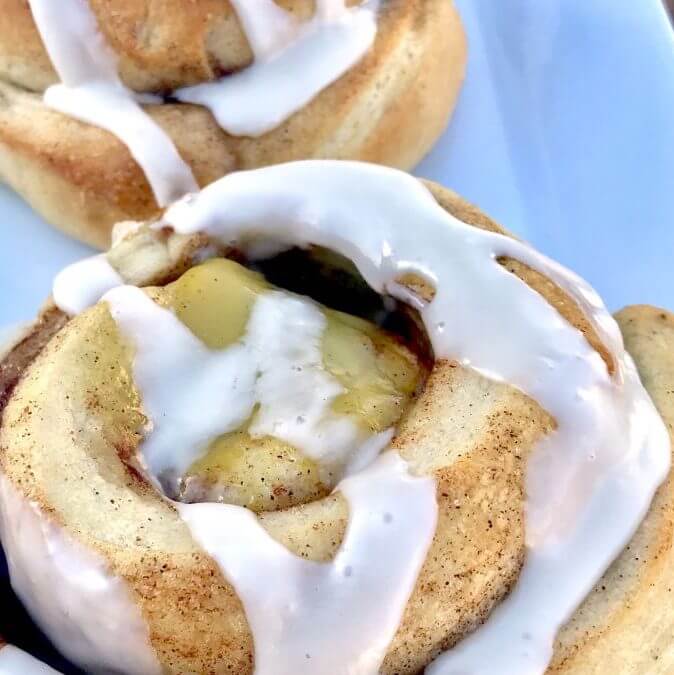 For the sugar cinnamon filling

For the vegan vanilla custard

To make the buns