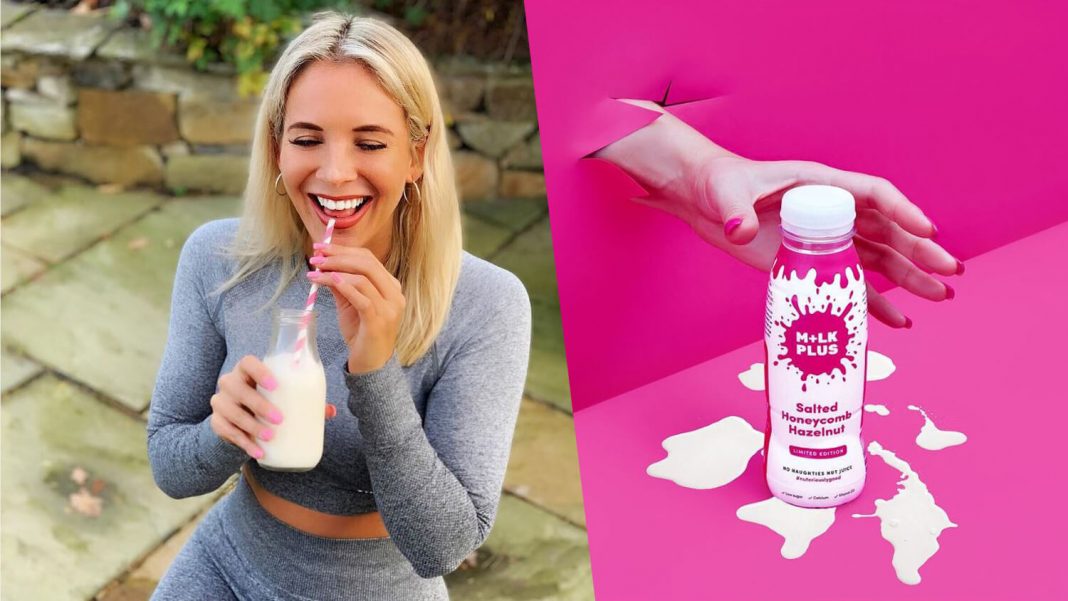 Camilla Ainsworth, founder of vegan milk brand Mylk Plus, could soon be crowned the winner of “The Apprentice 2018.”

Ainsworth and Sian Gabbidon are the remaining two contestants on the hit British TV show and will go head-to-head this weekend to see who will claim first place and secure the sizeable investment from multi-millionaire Lord Alan Sugar. The winner will also become Lord Sugar’s business partner.

Mylk Plus, also called M+lk, sells plant-based, dairy-free milk with no added sugar. The concept for Mylk Plus was born whilst Ainsworth was in Australia working on a cow farm in order to extend her visa.

After developing a rash across her body, Ainsworth discovered she had an intolerance to dairy. Roughly 65 percent of the human population experience a lowered ability to digest lactose after infancy. In some countries, particularly in East Asia, more than 90 percent of adults are lactose intolerant.

Ainsworth searched for an “exciting dairy alternative” but could only find “plain almond milk full of sugars and additives with [lackluster] branding,” according to Mylk Plus’ website.

So she created the “super sassy” on-the-go Mylk Plus that is out to disrupt the plant-based beverage market. According to its website, the brand believes its product stands out from other vegan milk businesses as it contains three times the nut content than leaders in the market. Currently, Salted Honeycomb Hazelnut is the only flavor available on the company’s website, but should Ainsworth become Lord Sugar’s next Apprentice, the range is likely to expand.

Plant-based milk is increasing in popularity as more consumers than ever ditch dairy. Animal welfare concerns, environmental pressure, and health issues are prominent drivers behind the shift in the market. The Mylk Plus website highlights that dairy can worsen clogged pores, acne, and eczema. The company also writes that consuming dairy can make it more difficult to lose weight due to inflammation and its saturated fat content.

A glass of milk can contain up to 20 painkillers and antibiotics, Mylk Plus writes, adding that humans are the only species that drinks the milk of another species – “which when you think about it is a bit gross.”