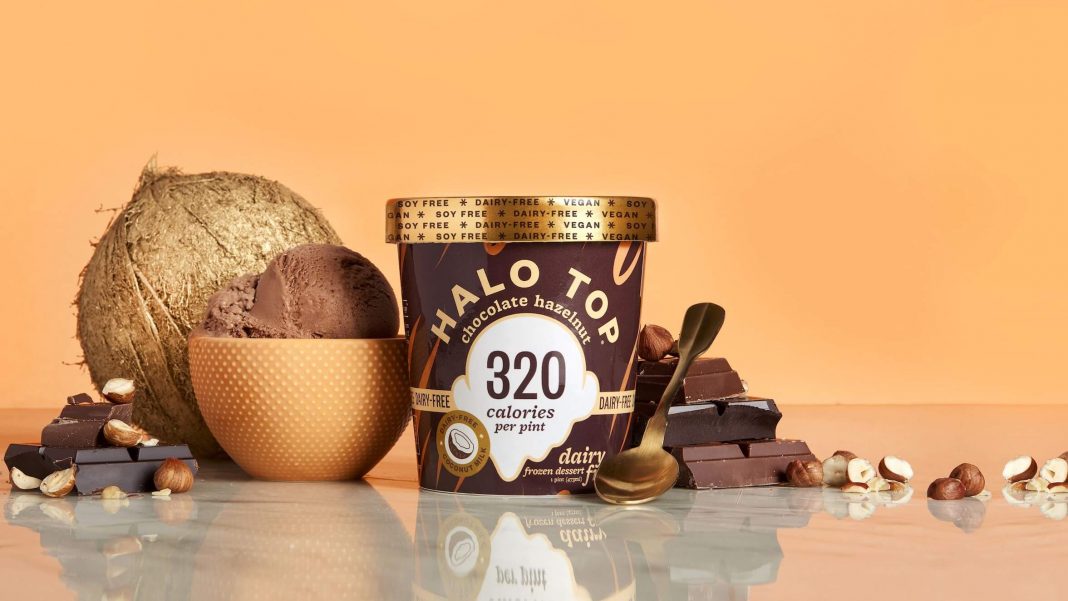 The creators of the low-calorie and “guilt-free” ice cream Halo Top have released three new dairy-free flavors this month, and one of them tastes just like Nutella.

Mint Fudge Cookie and Peanut Butter & Jelly, are two of the latest flavors to hit the stores, raising Halo Top’s vegan range to 17 different dairy-free options. But it’s the new vegan Chocolate Hazelnut ice cream that everyone is talking about, due to its similar taste to the popular chocolate spread Nutella.

The vegan ice cream comes with 12 grams of protein and only 320 calories per pint.

? GIVEAWAY #1 OPEN ? Turns out ice cream is really good at listening. We’ve heard you liked some of our seasonal flavors a lot so, we’re bringing back Peaches & Cream, PB&J and Blueberry Crumble for good! AND, we also got word that some non-dairy fans have been craving more, so we’re proud to introduce our NEWEST non-dairy flavors, Mint Fudge Cookie, Chocolate Hazelnut and PB&J. Please give them a warm welcome with a ?? ?? To enter: 1. Like this photo 2. Follow @halotopcreamery 3. Tag 3 friends in the comments (Tag other friends for unlimited entries!) The 20 lucky winners will receive 5 pints of "Peaches and Cream" and 5 pints of "Chocolate Hazelnut" and will be announced in the original caption on Monday, 1/28! US only. Head to our feed to enter our other flavor giveaways. Good luck! ✨

Halo Top launched in 2012 and now has three physical locations. Pints are sold in supermarkets across the globe. Last July the company brought its vegan range to the UK.

“It’s incredible to launch our non-dairy line in the UK so soon after launching our dairy line, which is a true testament to the response from our UK fans,” said Doug Bouton, company president and COO. “It’s exciting to think that we can now reach an entirely new UK consumer, and we can’t wait to expand our non-dairy and vegan range in the future.”

While other major brands such as Ben & Jerry’s, Magnum, Cornetto, and Häagen-Dazs have followed the trend, releasing their own dairy-free flavors, it was Halo Top that was the best-selling pint of ice cream in America in the summer of 2017.

Doug Bouton, President of the company, told CNBC Make It: “I would say that’s probably the single most memorable moment we’ve had in the company’s history.”

A report from Future Market Insights (FMI) predicted the global plant-based ice cream industry will be worth $2.45 billion by 2027 – a $1 billion increase from the end of 2017.