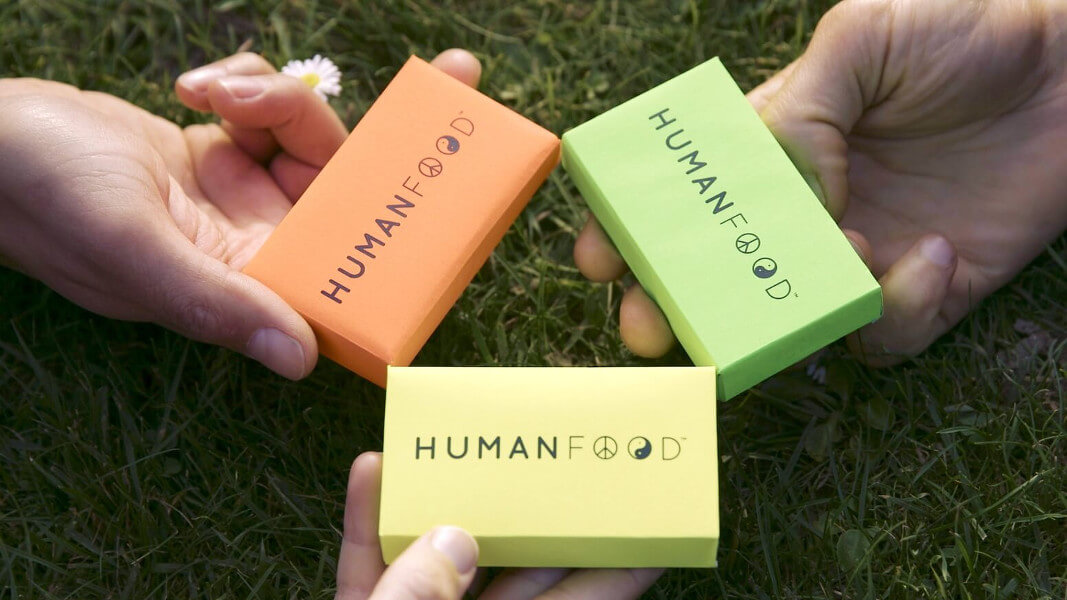 United Kingdom-based startup Human Food is on a mission to make it easier for consumers to reach their recommended intake (RI) of vitamins and minerals through the use of its unique vegan nutrition bars.

According to NutraIngredients, the concept for Human Food emerged four years ago after founder Ky Wright switched to a plant-based diet and realized that there was a lack of nutrition bars tailored to suit vegans. Early on in development, the business plan was geared towards smoothies but Wright eventually settled on nutrition bars due to convenience.

Human Food bars are vegan, prebiotic, gluten-free, and grain-free. They contain no added sugars and are made from over 30 organic, whole food ingredients. “Unlike a snack bar or a sandwich, Human Food contains a solid nutritional base on which to easily complete an organic, plant-based diet that includes whole daily amounts of functional ingredients,” the company states.

Three flavors are currently available: spirulina, curcumin, and cranberries and goji berries. Each bar contains 100 percent of the RI for Vitamin B12 and 50 percent of Iron, Zinc, Calcium, Vitamin D, and Omega-3. More than 12 grams of plant-based protein is also found in every bar.

Wright explains, “The idea became a kind of shortcut of getting the benefits of principles like avoiding processed foods, avoiding sugar, and eating organic as much as possible.”

“If you’re doing that already, it’s really time-consuming and so the bars are a way of simplifying that. If you’re not doing any of that stuff, it’s just a way to immediately switch into it or at least try it.”

Last month, the brand achieved its crowdfunding goal of £80,000, which will allow it to open its own production facility. The company currently has no plans to move to the retail market. Instead, distribution of the product is driven by an online subscription service, which the company says will help keep costs low (£3.30 per bar) and maintain a direct relationship with consumers.

The first intake of subscribers will be limited to 2,000 individuals across the United Kingdom, the United States, Switzerland, Canada, Japan, and Australia. Future intakes will also be limited so that the company can grow at a steady rate without putting its standards at risk.