When one signs up for a meal subscription plan, they are committing to one company, and one style of cooking. Yes, there are entree and flavor variations, but it all comes from one kitchen with company-specific instructions. However, Veestro is changing the game. The completely vegan meal delivery service has partnered with Ocean Hugger Foods to bring its customers the best of what other vegan food companies have to offer.

Ocean Hugger Foods made the announcement today on Instagram, appropriately tying it to Meatless Monday. The company is providing its award-winning Ahimi vegan raw tuna for Veestro to use in its new Ahimi Sushi Bowl. To further entice customers, the bowl is available for a discounted “special trial price” of $5.

The new Ahimi Sushi Bowl promises to be “a sushi bowl like you’ve never had before.” Instead of using chickpeas, watermelon, or sweet potatoes to replicate fish, as many plant-based recipes do, Ocean Hugger Foods has developed a raw tuna product made with tomatoes. The slices assume a similar taste, look, and texture to traditional raw tuna, although they only contain five simple ingredients (tomatoes, soy sauce, sugar, water, and sesame oil). The bowl is packed with brown rice, seaweed salad, edamame, carrots, and daikon radish, in addition to the Ahimi. 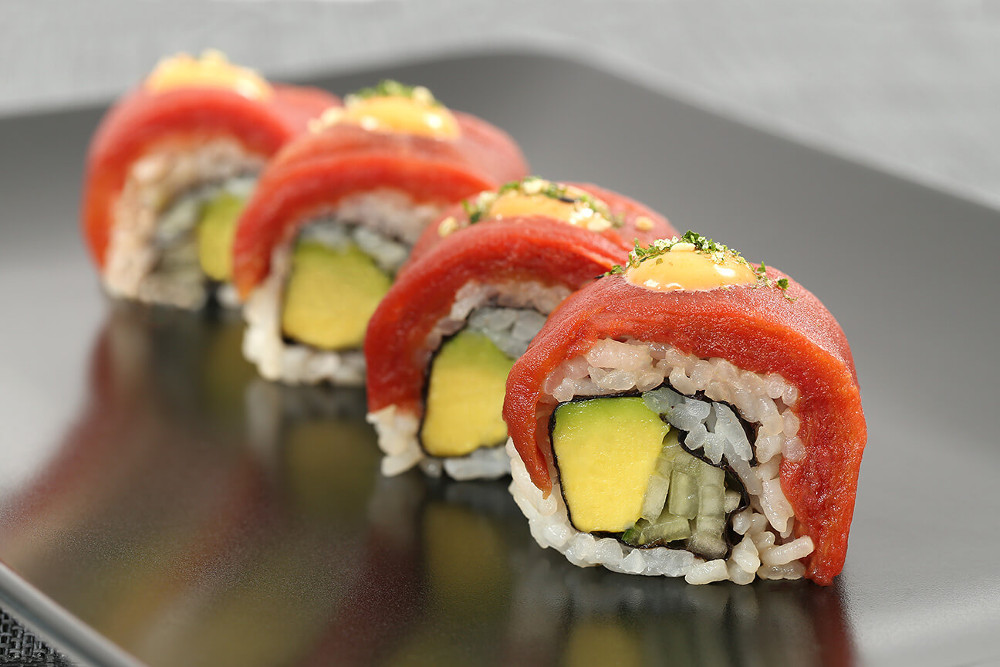 This isn’t the first partnership for Veestro. The brand also carries New Wave Foods Plant-Based Shrimp in its Shr’mp Jambalaya dish. The vegan shrimp is algae and soy-based, giving it the same bite and chew of real shrimp. Like Ocean Hugger Foods, New Wave Foods is on a mission to create a more sustainable food system by engineering healthy plant-based alternatives to seafood.

Beyond Veestro, Ocean Hugger Foods’ Ahimi is available in select U.S. Whole Foods Markets, as well as multiple corporate cafeterias thanks to its partnership with Aramark. It is also on schedule for international distribution, following a recent agreement with wholesaler Nishimoto, which boasts 23 North American offices and 14 European offices.

With the Ahimi gaining traction, the company plans to focus its efforts on developing another product. It is currently working on a plant-based eel alternative, called Unami.