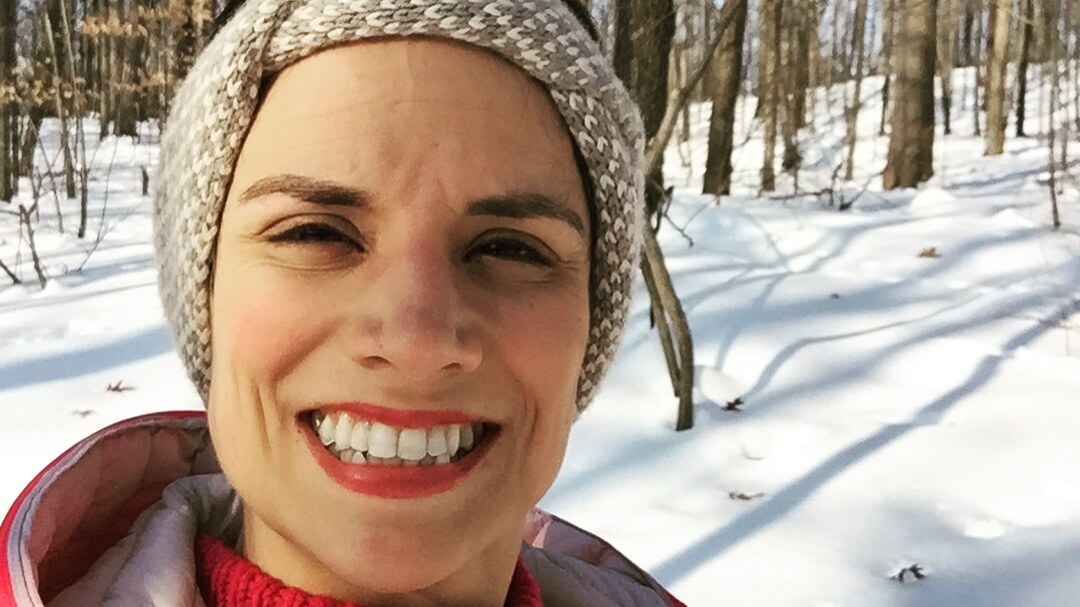 For many, going vegan is an informed and considered decision; it involves pre-planning and maybe the gradual phasing out of animal products. Some go vegetarian first, and others dairy-free. However, for Olympic gold medalist Meagan Duhamel, the switch from omnivore to vegan happened overnight almost 10 years ago.

“It was purely accidental,” the ice skater told LIVEKINDLY. “I read a book one night called ‘Skinny Bitch.’ It was light and funny and just highlighted the unhealthy diets of our generation. I tried to go vegan and quit drinking diet coke all in one night, and going vegan was a lot easier than quitting the diet coke!”

The positive changes happened straight away, Duhamel explained, benefitting her personally and professionally. “I started to have better energy and I was sleeping better,” she recalled. Her skin and concentration levels improved too, and she found it was far easier to focus on the ice. But aside from these physical benefits, the athlete also noticed some psychological changes. “I was becoming more patient and compassionate and more understanding and calm,” she noted.

Toronto this weekend for @torontoveg festival! I’ll be speaking tomorrow afternoon and doing an athletes panel afterwards. Come and listen! There will be amazing food and other presentations as well. #torontosbest #torontovegfest #veganfestival #Toronto @torontoveganized

“I think this happened because I was no longer putting angry, scared, and aggressive animals into my body, and this allowed everything in and around me to calm down,” she added.

Earlier this year, the Canadian athlete won two medals at the Winter Olympics in South Korea, one of which was gold. The achievement was a dream come true for the skater. Aside from this, one of Duhamel’s proudest accomplishments is her decision to stick to a plant-based diet. “It’s allowed me to become healthier, it’s allowed me to save a lot of animals, and do my part in lowering my carbon footprint,” she said. “I never planned on staying vegan forever. It was just a little challenge I gave myself. But I started to feel so good, I couldn’t imagine ever going back to eating animals.”

how an olympic gold medalist eats vegan on the road

A fan of chickpea casserole and chocolate cupcakes, Duhamel likes to cook her own recipes at home in her spare time, avoiding processed food “filled with toxins and additives.” However, when she’s traveling, things get a little trickier. “I always have to be very organized packing my almond milk, trail mixes, bars, and snacks,” she says, adding that the HappyCow veggie restaurant locator app is a personal favorite.

Duhamel is quick to note, however, that whilst traveling as a vegan isn’t always straightforward, it is by no means impossible. “I have traveled all over the world, from Africa to Russia, to Israel, to Japan, and most of the time I am in a small town. But I have never starved to death! I always find some veggie options wherever I am going,” she assured.

Duhamel believes that everyone has the ability to go vegan, even if they may feel at first that it’s too hard. “It’s such an easy adjustment,” she encourages. “Regular grocery stores now offer a lot of options for vegans and with access to the internet, you have so many blogs, websites, and social pages that you can follow to help you out with meal ideas and inspiration.”