A new school lunch program that gives thousands of kids access to vegan meals is about to kick off in Ireland.

The Hot School Meals Scheme Project will begin on a pilot basis in September. Social Minister Regina Doherty revealed the program will include up to 36 schools and will assist 7,200 children.

Each primary school involved in the program is required to provide a menu choice of at least two different meals a day, as well as a vegan option. Schools must also cater for students’ religious and cultural dietary requirements.

“The provision of adequate and nutritious meals for a child’s health, learning, attention and educational achievement is invaluable,” Doherty said to the Irish Mirror.

“Hot food services in schools guarantees ongoing positive returns on public investment in the health and educational performance of future generations,” she added.

The pilot was initially introduced in Inchicore, a suburb in Dublin. Doherty said it was thanks to the success of the Hot School Meals Scheme Project in Inchicore that the scheme is being rolled out to 36 schools. “We have learned so much from the children,” she said. 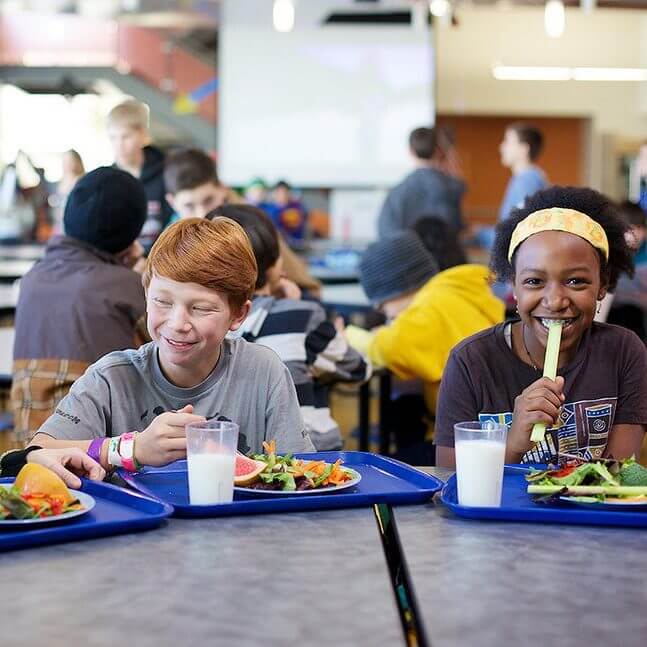 More schools are making vegan and vegetarian school lunches available to their students in a bid to promote healthy eating.

In March, it was reported that all public schools in New York City – the largest public school system in the world – would begin participating in Meatless Mondays. The announcement followed a successful trial in 15 Brooklyn schools in spring 2018, led by vegan Brooklyn Borough President and 2021 mayoral candidate Eric Adams. The scheme was then tested in the city’s more than 1,700 public schools.

The New York City schools will give their students a meat-free breakfast and lunch every Monday. “Cutting back on meat a little will improve New Yorkers’ health and reduce greenhouse gas emissions,” said Mayor Bill de Blasio. “We’re expanding Meatless Mondays to all public schools to keep our lunch and planet green for generations to come.”

In California, lawmakers introduced a bill that would give the state’s six million public school students access to plant-based meals and dairy-free milk.