The soaps were made in collaboration with Sumatran Orangutan Society (SOS) and its local partner Orangutan Information Centre (OIC) as part of the #SOSsumatra campaign.

The cruelty-free soaps were shaped like orangutans and had a patchouli and orange fragrance. They included extra virgin coconut oil from Nias, an island located off the western coast of Sumatra, Indonesia, and were “as precious as the primate it is helping protect,” Lush said in a statement.

“Every penny” — minus VAT — from the orangutan soaps went toward the cause. Lush also created another product for the campaign, an exclusive SOS Sumatra shampoo bar. The shampoo bar marks the first time Lush has used Sodium Coco Sulphate, a safe synthetic, palm oil-free lathering agent derived from coconut oil. The proceeds from the shampoo bar also went toward purchasing land.

In 2018, Lush pledged to use the funds raised to buy 100 hectares of land in Bukit Mas, on the edge of the Leuser Ecosystem. Half of the land will be restored to forest and the other half will become a permaculture project and demonstration and training site. Lush has committed to buying and using the essential oils produced at this site in its products and the funds earned from the harvest and sale of the essential oil crops will be redirected into other conservation projects.

It’s not the first time Lush has launched an initiative like this. In 2017, the beauty brand raised more than £120,000, allowing SOS and OIC to buy 50 hectares of ex-palm plantation and restore it back into natural forest.

Director of SOS Helen Buckland said, “Sumatra’s forests have been falling relentlessly for decades, pushing orangutans and many other species to the edge of extinction,” referring to the 80,316 hectares of forest that were lost in Indonesia in just five years.

Writing about the soaps, Lush said, “Make sure to get yours while you can, because once they’re gone they’re gone … much like the orangutans of the Sumatran forest.”

“Buying this soap will not save the planet,” the brand acknowledged. “But a revolution has to start somewhere.” 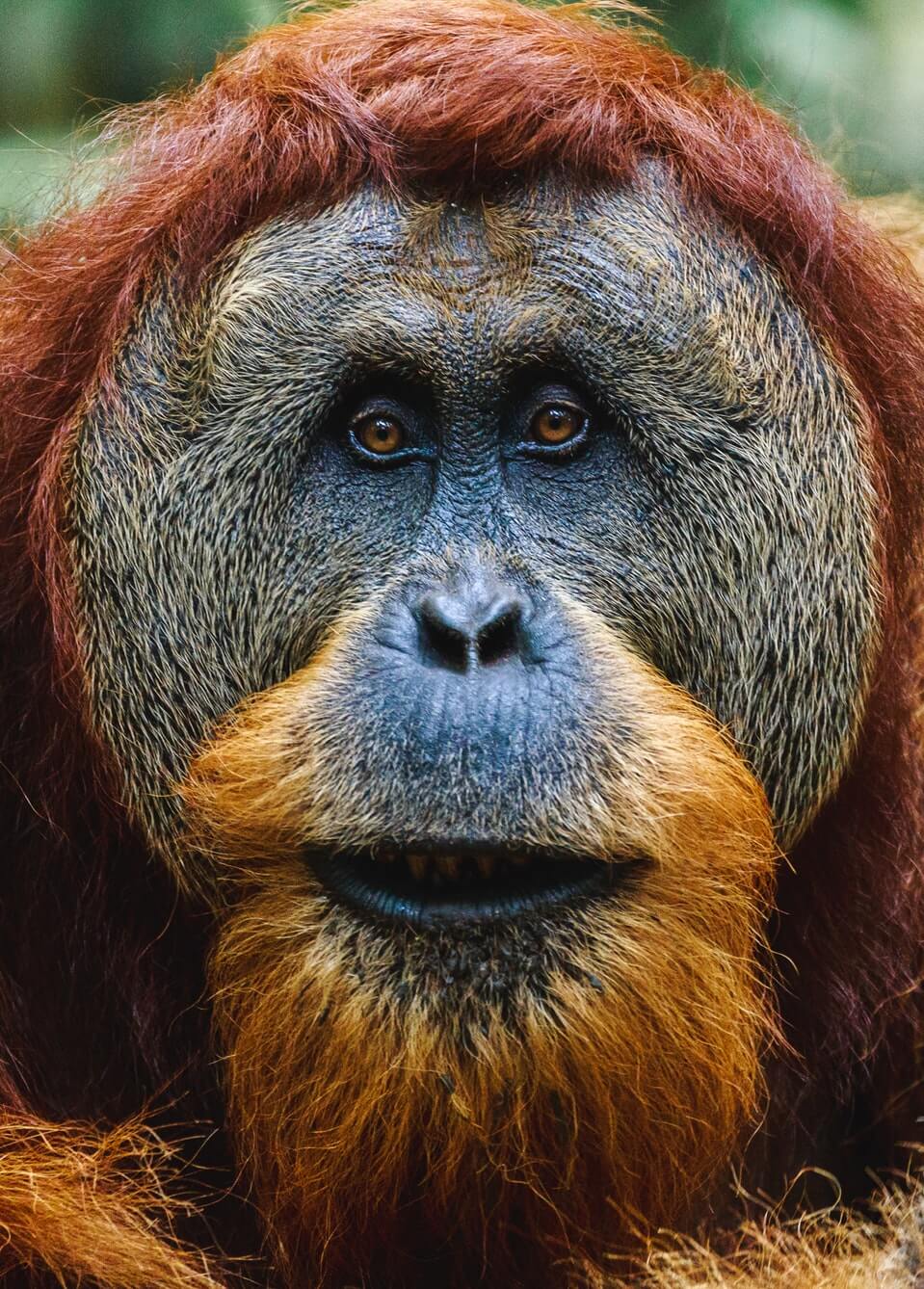 Orangutans are listed as critically endangered

Lush joins other companies working to help the species. Leading UK supermarket Iceland banned palm oil as an ingredient in its own-brand products. It later released an ad showing how the production of palm oil wipes out rainforests and impacts orangutan populations. The ad was deemed “too political” for television broadcasting, a decision that spurred more than one million people to sign a petition urging that it be shown on television.

Lush’s efforts in species conservation goes further than orangutans. This year, the cosmetics giant launched a major campaign for World Oceans Day called the Shark Attack campaign. The initiative saw the brand relaunching its popular vegan Shark Fin Soap online. One-hundred percent of the sales price will go toward The Rob Stewart Sharkwater Foundation, which has a goal of ending shark finning.

“Sharks are the entry point to a greater conversation on ocean protection,” said Carleen Pickard, Lush Ethical Campaigns Specialist, in a statement. “We’re in the midst of a global climate crisis and sharks play an integral role in maintaining the health of not only our oceans but the planet too. With this campaign, and through the continued work of The Rob Stewart Sharkwater Foundation, we’re educating the public on actions they can take before our oceans become unthinkably blue.”