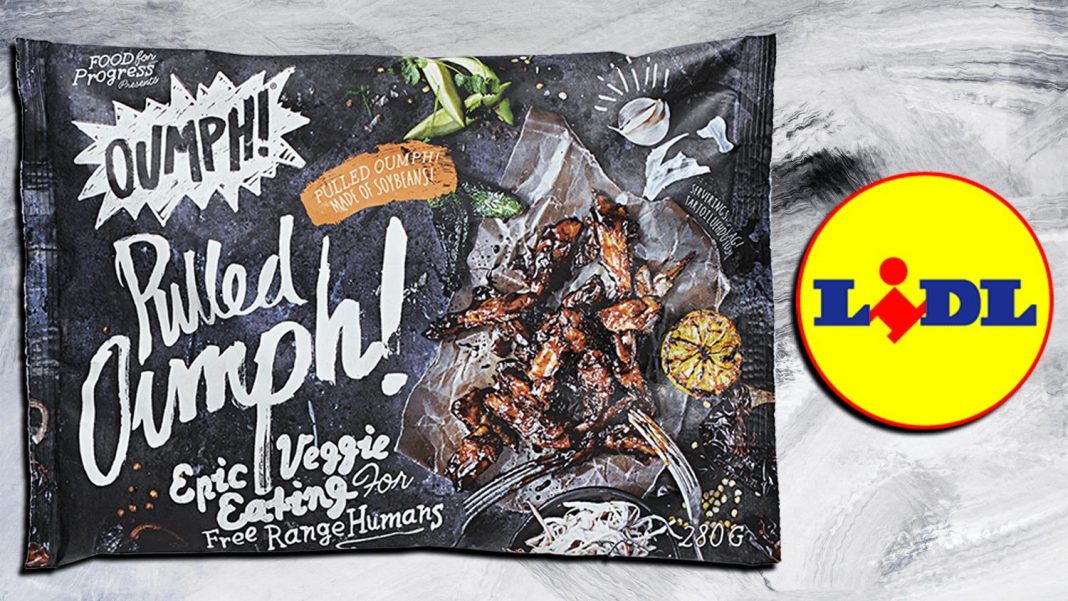 “We are thrilled that Oumph! will be available at Lidl in Sweden, which will allow our popular products to reach a growing number of people who enjoy good, plant-based foods”, Carl Montelius, Sales Director at Oumph! said in a statement.

“We see the launch with Lidl Sweden as a part of our expansion plans both in Sweden and in Europe.”

The supermarket will initially carry four Oumph! brand products including Pulled Oumph!, Grilled Spiced, Thyme & Garlic, and Kebab Spiced. The vegan meat range will be stocked in the freezer sections.

BURGER LOVERS – You are in for a treat this spring!

The vegan meat brand is a subsidiary of Food for Progress, a Sweden-based company with a focus on climate-friendly foods.

“I am delighted that Busaba now feature two Oumph! dishes on their menu, it is fantastic news that such an exciting restaurant group like Busaba are catering to the ever-increasing number of vegetarians, vegans and flexitarians by creating delicious dishes with Oumph!”, Dave Smith, Head of UK Foodservice at Oumph!, said in a statement.

Oumph! has skyrocketed to success across Europe, landing placement in supermarket chains including Tesco, the UK’s largest supermarket. It has been steadily increasing its presence across Europe, particularly in the UK where its been selling out and winning awards.

Since launching in 2015, Oumph! has received recognition and awards including 2018’s Food Matters “Best New Food Product of the Year,” “Best Vegan Meat,” and a Gold Eating Out Award for its foodservice offerings.