A 100-year-old, 23-pound lobster has been given another shot at life thanks to vegan Katie Conklin, who rescued the marine animal.

The lobster, named King Louie, was caught by Rodney MacDonald in the Bay of Fundy in New Brunswick, one of eastern Canada’s Maritime provinces. MacDonald took the large animal to his family’s seafood store, the Alma Lobster Shop. The business shared images of King Louie on Facebook, sparking conversation about what should be done with the lobster, which is 4 feet long and predicted to be around a century old, according to the Alma Lobster Shop co-owner Catherine MacDonald.

Conklin, who lives nearly 230 miles away in Nova Scotia, paid $230 to the family on the grounds that King Louie be released back into the sea.

MacDonald was filmed taking King Louie to the center of the bay to release him. “Rodney MacDonald did what comes unnaturally to a lobster fisherman: put [the] lobster back in the water,” CTV News reported. Before lowering King Louie into the water, MacDonald said, “Thank you Katie.”

Speaking to CTV News, Conklin said she hopes the lobster lives out a “happy life” in his natural habitat and passes his genes onto the next generation. Research scientist Adam Cook said to the news outlet that King Louie has a “high chance of survival.” 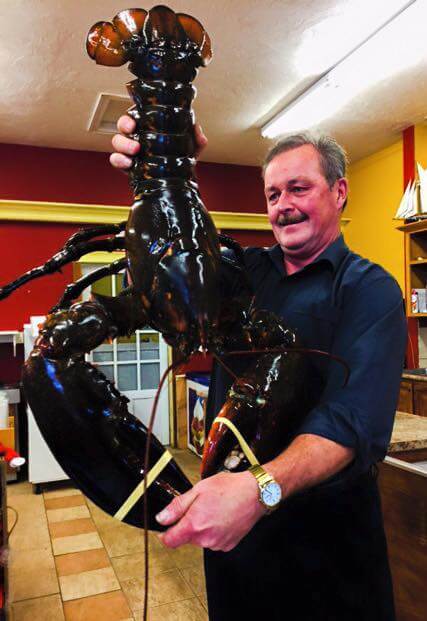 MacDonald said King Louie was the biggest lobster he had encountered. It was also the first time he had ever released one in this way.

More people are considering the ethics of the food they’re eating. Some believe lobsters cannot feel pain and therefore, the boiling and eating of the animal is humane.

Speaking to the Washington Post, Bob Bayer, executive director of the University of Maine’s Lobster Institute, stated that whilst the decapod crustaceans can “sense their environment,” they are “probably” unable to process pain.

However, results from a 2013 study in the Journal of Experimental Biology suggested that crustaceans can feel pain. Study author and professor at Queen’s University Belfast, Bob Elwood, said to BBC News, “I don’t know what goes on in a crab’s mind. . . . But what I can say is the whole behavior goes beyond a straightforward reflex response and it fits all the criteria of pain.”

Other research by the same team found that prawns and hermit crabs display behavior that aligns with humankind’s perception of pain.

Elwood said the results make him question whether the treatment of marine animals is “reasonable.” He said to BBC News, “Even if you are reluctant to believe the data as being strongly suggestive [that the animals experience pain], is it worthwhile imposing this on billions of animals every year throughout the world?”

Biological anthropologist Barbara King, author of “Personalities on the Plate: The Lives and Minds of Animals We Eat,” holds a similar view. She said to the Washington Post, “I think the preponderance of evidence suggests they can feel pain; I am convinced they can feel pain.”

“Whether we know or don’t know, it’s our ethical responsibility to give them the benefit of the doubt and not put them into boiling water,” she added.

A 2-pound lobster takes two to three minutes to die in boiling water. Maisie Tomlinson, director of Crustacean Compassion, said to the Metro, “if an animal can sense boiling water for three minutes, that’s an urgent welfare issue. That would never be accepted for a vertebrate.”

Crustacean Compassion is a UK-based animal welfare organization campaigning for better treatment of lobsters, crabs, prawns, and crayfish. It writes on its website, “we are a group of professional animal welfare campaigners who are shocked by the inhumane treatment of crabs, lobsters, prawns, and crayfish in the food industry, given what is now known about their sentience.”

One example of a crustacean experiencing pain was witnessed last year in China. A crayfish became an internet sensation after it displayed a will for life. The animal was being boiled alive in a pot when it removed one of its own limbs in an attempt to escape. Due to its immense display of courage, the animal’s life was spared, but its fellow crayfish were left to boil.

Crustacean Compassion continues, “the sentience of any animal can never be 100% conclusively proven, but where doubt still exists alongside strong positive evidence, we believe that the benefit of the doubt should apply and simple measures taken to ensure that no animal suffers needlessly for our plates.” 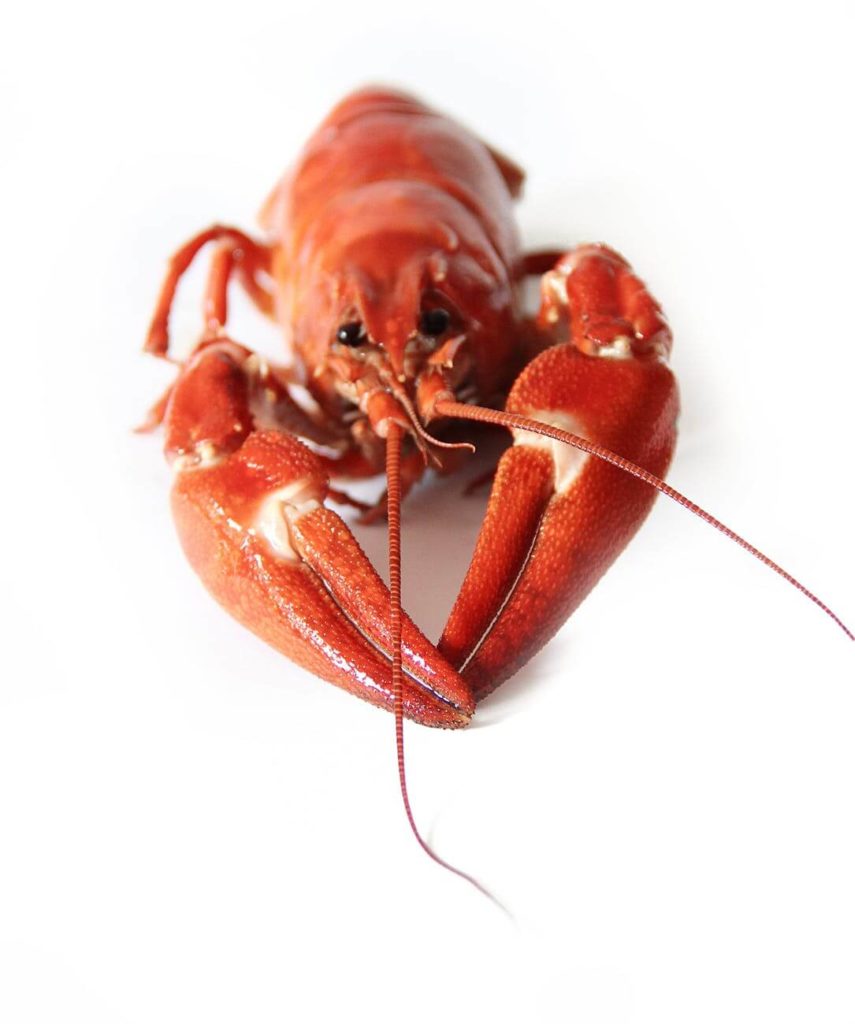 Last year, Switzerland introduced an animal protection law that bans cooks from placing live lobsters in boiling water. Instead, the animals must be made unconscious by means of electric shock or “mechanical destruction” of the brain. The country joins New Zealand and Reggio Emilia, a city in northern Italy, in banning the practice. Switzerland’s updated law also stipulates that lobsters and other decapod crustaceans – including shrimps and crabs – cannot be transported on ice or in iced water; they must be kept in saltwater to more closely mimic their habitat.

Business Insider explained, “Lobsters inspire more compassion than chicken, pigs, or other fish because it is one of the few foods that urbanites have to kill themselves when cooking.”

The UK has also considered a ban on boiling lobsters alive. When questioned on its stance, the Department for Environment, Food, and Rural Affairs told the Mirror last year, “this is an issue to Government is considering. We are committed to the very highest standards of animal welfare and are taking strong action in this area.”

Tomlinson commented on the Government’s acknowledgment of the issue. “A recent study found that lobsters were regularly crammed into bright, highly overcrowded tanks with little provision for the welfare needs of the species,” she said. “We look forward to further engagement with the government in tackling this long-neglected animal welfare issue.”

Is It Possible to Eat Cruelty-Free Lobster? 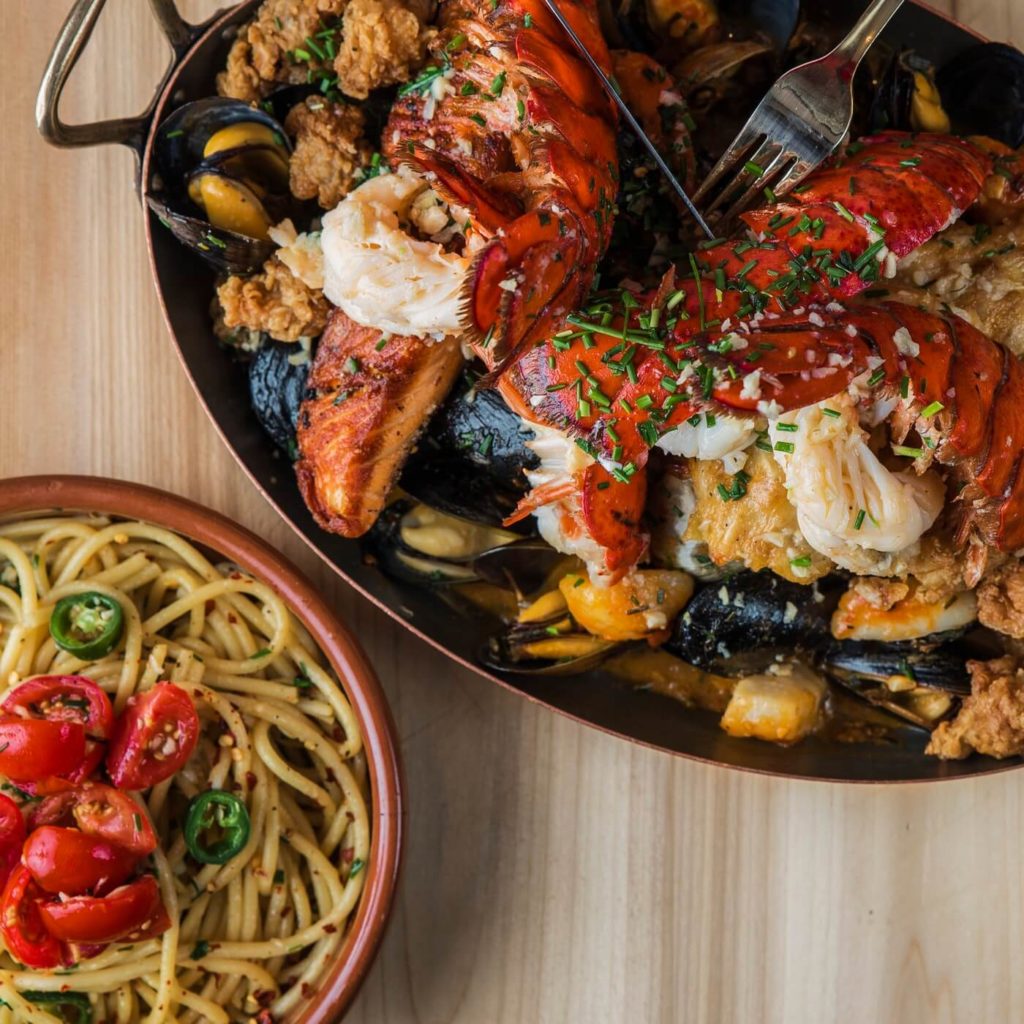 In the future, it may be possible to avoid killing lobsters completely; BlueNalu is attempting to develop cruelty-free, lab-grown seafood. Like clean meat products, cells are extracted from fish and crustaceans and then grown in a bioreactor.

Based in San Diego, California, the company is already set to serve mahi-mahi fish and yellowtail amberjack meat to staff members this year, following this, it hopes to develop cruelty-free crab, Chilean sea bass, orange roughy, and lobster.

“BlueNalu will disrupt and supplement the current industry practice, in which fish are farmed or wild-caught in our oceans and seas,” the company says on its website. “Instead, we will produce real seafood products directly from fish cells, that are as delicious and nutritious as products that have been grown conventionally, in a way that is healthy for people, humane for animals, and sustainable for our planet.”

It continues, “we are excited to bring about a new ‘wave of thinking’ — and a BlueNalu movement — that will provide a responsible solution to the global demand for seafood, and the significant environmental and sustainability issues that exist today.”

The company isn’t alone in its mission to create ethical seafood. New Wave Foods has already developed vegan shrimp, and last year, it revealed that plant-based crab and lobster meat was next on its agenda. Like its shrimp products, the lobster may be created from sustainably-farmed seaweed.

“Our sustainable, plant-based shrimp are every bit as delicious, and healthier for you and the environment than the real thing,” says the brand on its website. “Eating New Wave Shrimp allows each of us to make small changes in our lives that have big environmental impacts.”

A number of companies are working to create vegan seafood, including Ocean Hugger Foods, Good Catch Foods, and Terramino Foods, all of which could end up also creating plant-based lobster. Like BlueNalu, Finless Foods is also working to create lab-grown seafood. It’s starting by creating tuna, but after this, it intends to expand its portfolio to include a variety of fish and other seafood products.

“We use cutting-edge cellular-agriculture technologies to grow marine-animal cells, creating fish and seafood products enjoyed around the world,” says Finless Foods on its website. “This means the world can enjoy fresh, sustainable seafood at affordable prices, without catching or farming the species on which they’re based.”

“Producing fish directly from healthy marine-animal cells instead of live animals means we don’t need to exploit our ocean ecosystems or kill fish to enjoy seafood,” it continues.