Updated August 17, 2019. Parents who raise their kids as vegans are sometimes met with criticism from non-vegans. Usually these criticisms stem from either beliefs that a vegan diet is unhealthy, or a view that parents are “forcing their beliefs” on their child by feeding them a vegan diet.

‘A Vegan Diet Is Unhealthy for Kids’ 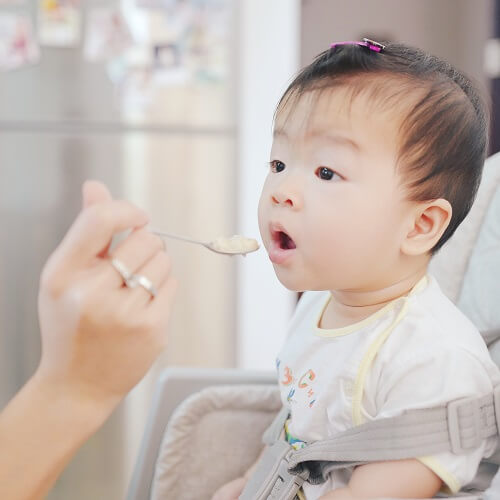 Can babies be healthy on a vegan diet?

This belief probably stems from several high-profile cases in the media where children who were fed a vegan diet have ended up hospitalised due to malnutrition. Examples include a 14-month old boy in Italy, who suffered from heart problems due to calcium deficiency, and a 7-month old baby in Belgium, who died from severe malnutrition. Perhaps people just read the headlines of these tragic stories, but usually somewhere in the main body of the text it mentions that the child was fed an unbalanced diet, which is very different from a balanced, well-researched vegan diet.

Take the case in Belgium; the boy was fed “rice, quinoa, and buckwheat milk,” not soya-based formula of which there are a number of different brands approved by the USDA for use in infants. Most are formulated for children with cow’s milk allergies, which it is estimated 1.9-4.9 percent of children suffer from.

The Academy of Nutrition and Dietetics and the American Academy of Pediatrics (AAP) agree that “well-planned vegetarian and vegan eating patterns are healthy for infants and toddlers.” A peer-reviewed article published in the Journal of the American Dietetic Association found that “appropriately planned vegan diets can satisfy nutrient needs of infants.”

Both examples recommend breast-feeding as the first choice for healthy infants. To avoid confusion, human breast milk is vegan. It is willingly given and human mothers are not separated from their offspring so that their milk can be taken for the benefit of another species, unlike dairy cows. Obviously, there are times when breast-feeding is not an option, and in these cases soya-based formula is recommended If a soya allergy is also present, there are hypoallergenic formulas available which are free from soya and cow’s milk. It should be noted that most dairy-free infant formula is not 100 percent vegan due to the addition of vitamin D3, which is usually derived from lanolin, a waxy substance found in sheep’s wool. Perhaps this situation is example of where veganism should be followed as far as is possible and practicable, as there are limited options to keeping your baby happy and healthy.

Both the British Dietetic Association and the American Dietetic Association state that a vegan diet is suitable for all life stages, and the Vegan Society provides nutritional advice, supported by registered paediatric dieticians, tailored for each stage of your child’s development.

‘You’re Forcing Your Beliefs on Your Child’ 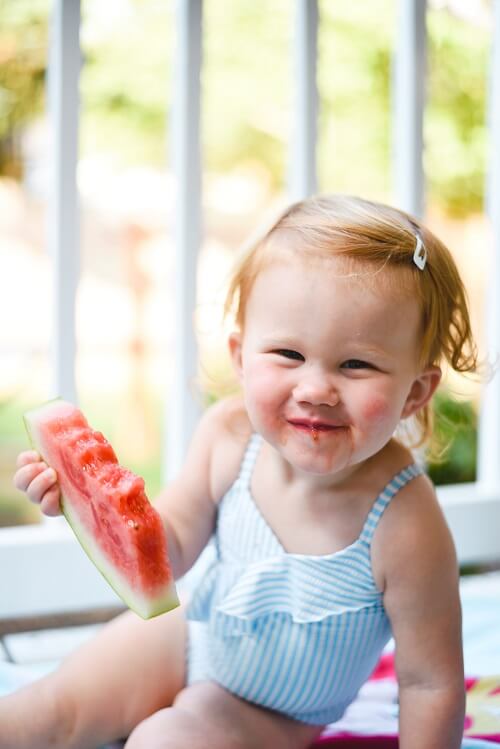 Is raising your child vegan forcing your beliefs on them?

In some ways this is true, but only to the extent that any decision one makes for their children is “forcing their beliefs.” If you let most kids choose what they want to eat every day they’d probably live off cookies and ice-cream. It is only because most parents “force their belief” that children should have a balanced, healthy diet, that children don’t eat sweets for every meal. If you feed your child meat you are “forcing your belief” that it’s okay for animals to be killed for food (even though eating meat is not necessary to maintain a healthy lifestyle).

Personally, I would find it difficult to teach my child to be compassionate towards all beings whilst feeding them animal flesh.

Picture the scene; I’m looking out of the kitchen window into the garden, and I see my daughter throwing rocks at a bird’s nest. Of course, I rush outside and tell her to stop. She turns to me and asks, “why?” I reply, “it’s not nice because you might hurt the birds.” She responds, “but I enjoy throwing rocks at things.”

I might respond with something along the lines of “just because we enjoy something, doesn’t mean we should do it, especially if it hurts others.” Then I might suggest that if her life’s ambition is to throw things she should take up shot put or boules.

Now imagine later trying to explain to her that it’s okay to kill birds because we enjoy eating chicken sandwiches, or it’s okay that thousands of male chicks are killed every day because we enjoy eating omelettes. Of course, I could try to get around it by saying that “we need to eat,” but with thousands of alternatives out there, and the fact that we do not need animal products to be healthy, I wouldn’t feel like I was being genuine.

Even if I raise my child vegan, they can always choose to eat animal products in the future, and what they ate before probably won’t matter to them (as far as I know, nobody has a moral objection to eating broccoli…). However, it’s fair to say that most vegans today weren’t raised that way, and would on balance prefer it if animals hadn’t been killed for their consumption before they realised it was unnecessary and unethical.