“Available from April 1st, you can tuck into the tasty pastrami, chicken kebab, and ham style slices. [They’re] ready to eat straight out-the-pack or perfect for your plant-based #stayathomesandwiches,” the company captioned an Instagram post.

Launched in January 2019, Squeaky Bean is a plant-based meat brand by European chilled food supplier Winterbotham Darby. According to the company’s website, it is “a dirty vegan brand that will challenge squeaky clean perceptions of veganism.”

The brand also makes Fishless Fingers, Satay Kiev, and Vegan Nuggets. The new deli slices are made from seitan and veggies.

“For too long, vegan lunchtime options have been considered bland and boring or too time-consuming to create,” Sarah Augustine, the co-creator of Squeaky Bean, said in a statement.

“Squeaky Bean is your sidekick in the kitchen,” she continued. “Our aim is to make plant-based easy. Now, you can have a lunchtime to look forward to by opting for our range of tasty, ready-to-eat sandwich slices.” 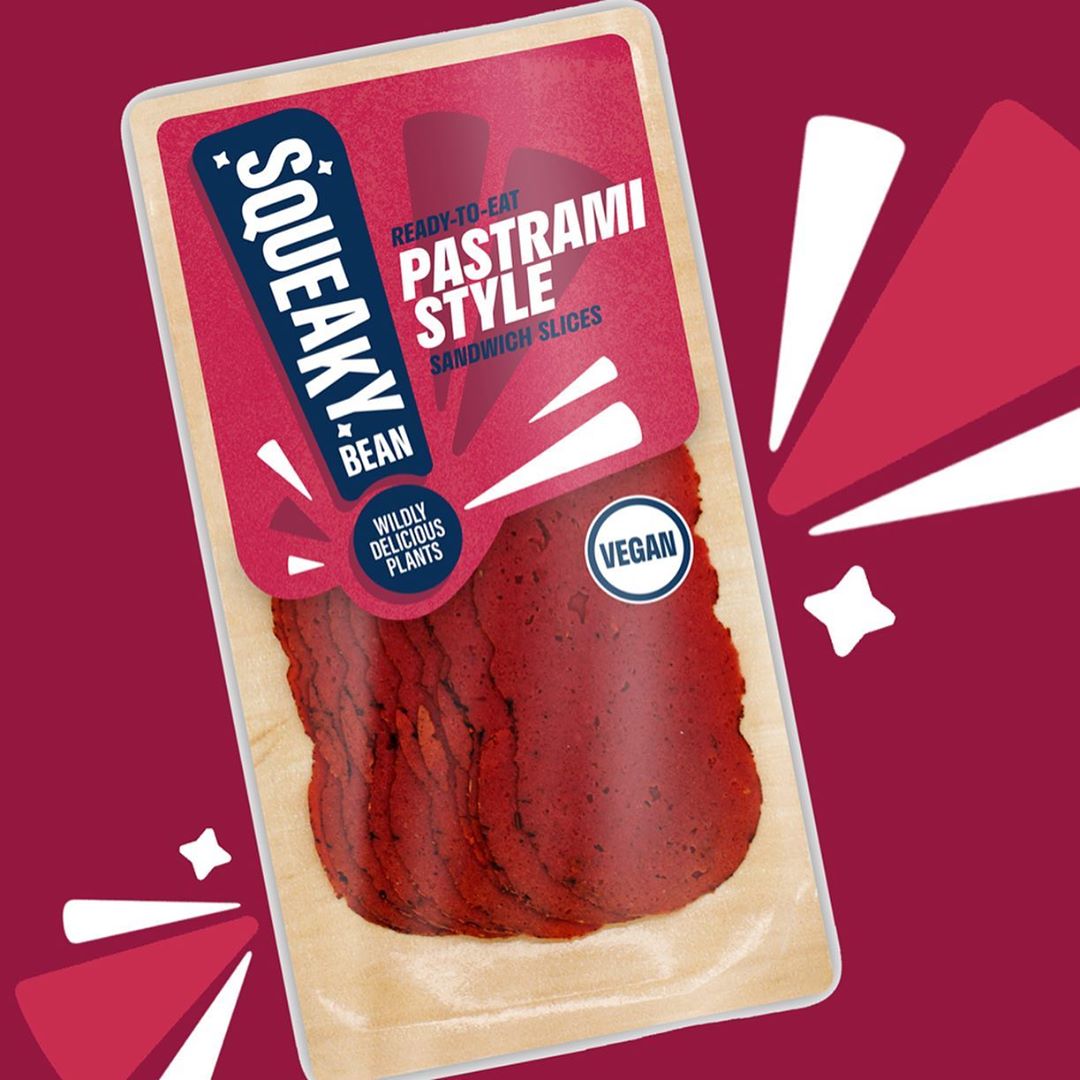 The UK has seen a major surge in demand for plant-based food products.

A new report from Mintel revealed meatless food sales soared by 40 percent from 2014 to 2019. The report noted sales grew over the five-year span to an estimated £816 million today. Researchers say the number will grow further, reaching more than £1.1 billion by 2024.

To meet demand, Waitrose has increased the number of vegan products it offers. Earlier this year, the supermarket chain launched more than 30 new branded and private label vegan products.

The new plant-based products include seitan schnitzel, moussaka, pea ravioli, a meatless pizza, and fish-free goujons. Waitrose said its primary goal is to sell ready-to-eat meals that are delicious as well as “quick and convenient.”

“Our flavor-packed range offers both simple ingredients,” Simona Cohen-Vida-Welsh, Waitrose & Partners Vegan Developer, said in a press release. “For customers to build their own dishes and comforting ready meals for a quick and easy dinner,” she added.