Pastries, pasties, and pies are ideal snacks, meals, and treats—and as UK demand for vegan food options grows, there is an increasing number of plant-based options available. 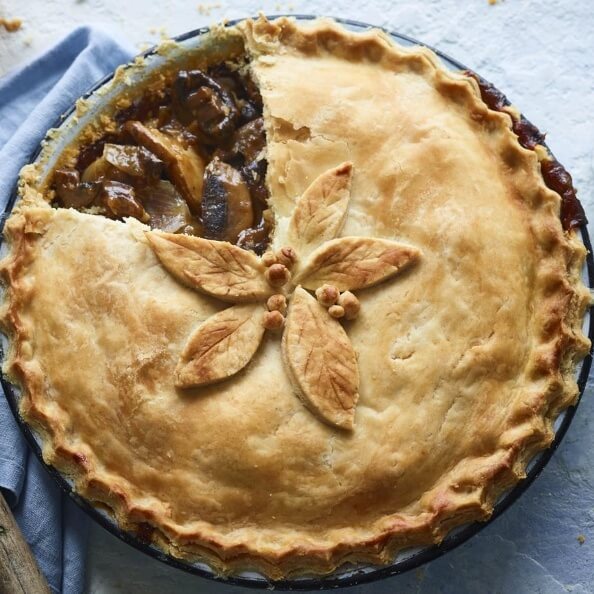 Demand for vegan food is on the rise in the UK and around the world. | BBC

According to a recent report, the global vegan food market could reach $31.4 billion by the year 2026.

According to the market research firm Mintel, around 20 million Brits are cutting back on animal products. Almost 40 percent of UK meat-eaters claim to be reducing the amount of meat they consume. Nielsen data indicates that 98 percent of consumers who regularly purchase meat-alternatives also regularly purchase traditional meat.

Approximately 91 percent of British consumers now self-identify as flexitarian, according to the supermarket chain Sainsbury’s. Flexitarians are meat-eaters who heavily reduce their consumption of animal products in favor of primarily vegetarian and plant-based foods.

Vegan meat, in particular, is extremely popular with many consumers—regardless of dietary preference.

According to Mintel, meat-free food sales are on the rise in the UK. Between 2014 and 2019 the meatless food market grew 40 percent to an estimated £816 million. The research also indicated that the number of Brits trying plant-based foods overall increased from 50 percent in 2017 to 56 percent in 2019.

In general, plant-based meats are widely considered to be a more ethical, sustainable, and healthier than traditional animal products. 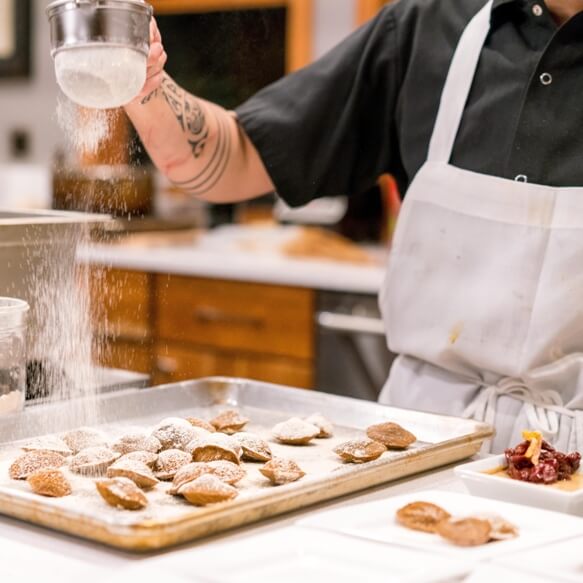 Savory pasties and pies can contain vegan meat, but they are not the only forms of vegan pastries.

Pastries can refer to any variety of baked products, ranging from tarts and quiches to croissants and buns. In general, pastry is a dough made using flour, water, and fat—whether for a savory or sweet recipe.

The high fat-content of pastry is what differentiates it from bread dough. Even in sweet pastries, swapping animal products for plant-based alternatives often results in a healthier final product.

Eggs are one of the most commonly used ingredients in traditional baking. They can be ingredients in sweet and savory fillings, and old fashioned recipes occasionally call for pastries to be glazed using egg whites.

Ground flax seeds, chia seeds, banana, apple sauce, aquafaba, and even silken tofu can all replace eggs in different dishes. For glazing pastry, many people brush on a small amount of melted vegan butter or plant milk in place of eggs.

As the demand for vegan food grows, many companies are offering a variety of plant-based options for ingredient-conscious consumers.

The 9 Very Best Vegan Pastries In the UK

These are some of the most popular and readily available vegan pastries available in the UK. Though many independent bakeries—including Crosstown and Temple Doughnuts, Earthcake, and The Vegan Cakery—are partially or entirely vegan. 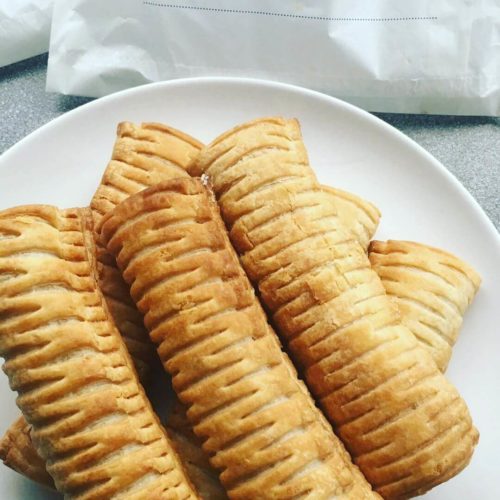 Greggs’ vegan sausage rolls launched in January 2019. The sausage rolls were so popular during the initial launch that many stores struggled to keep up with demand. Since then, the company has introduced vegan doughnuts and the popular vegan steak bake.

“We are working away to see if we can come up with a version of all our bestselling lines because people want vegan options,” said Greggs CEO Roger Whiteside. “If we can produce something that tastes just as good as the meat version, then that will sell very successfully.” 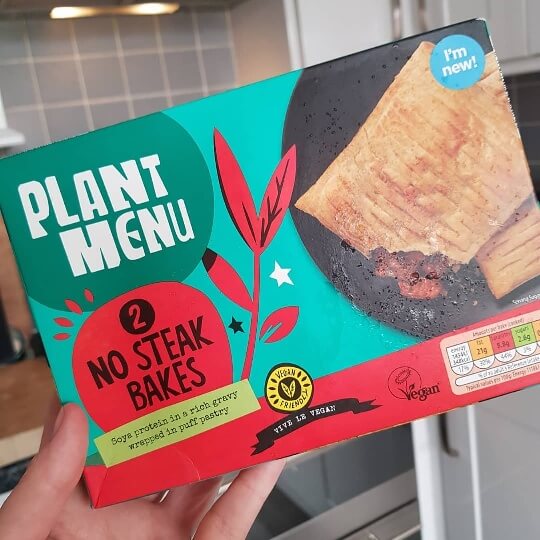 These steak bakes are available from Aldi. | @netti_noodle

Following the success of Greggs’s steak bakes, Aldi launched its own version of the plant-based meat pasty. The budget supermarket sells its No-Steak Bakes for £1.19 per pack of two, compared to £1.55 for a single pasty from Greggs.

According to Vegan Food and Living, the retailer said: “In an Aldi first, the supermarket is bringing the infamous bakery shop favorite – the vegan steak bake – to stores near you. The end result is so delicious, you definitely won’t miss the real thing.” 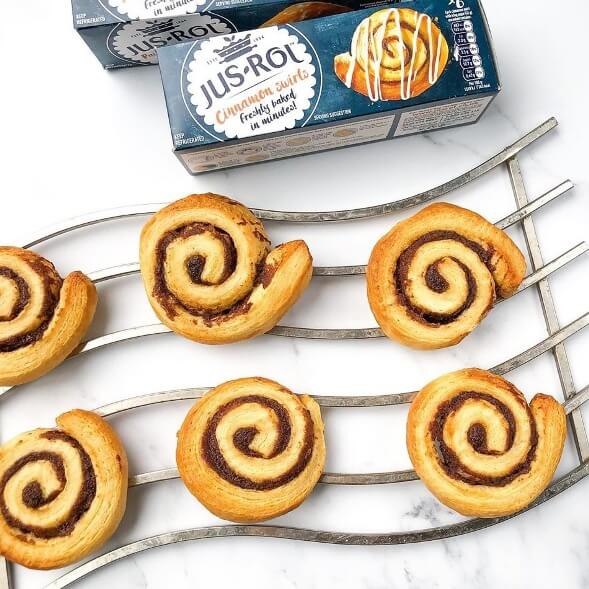 General Mills-owned company Jus Roll produces easy-to-bake pastry products, including vegan cinnamon swirls, croissants, and pain au chocolat, as well as other pastries and pizza bases. According to the company, these “ready to bake Cinnamon Swirls are a perfectly easy way to bake your family a tasty morning treat at home. Just shape, bake, and enjoy warm from the oven.”

Quorn and Ginsters worked together to create this Cornish-style pasty. 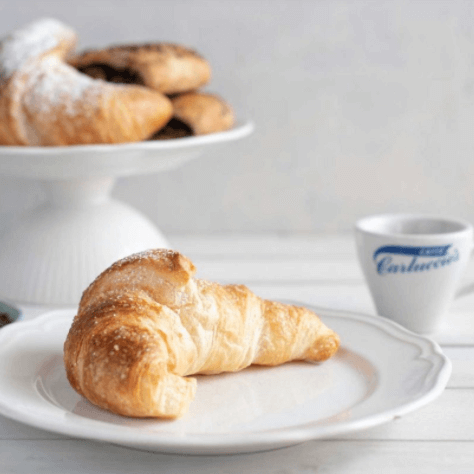 High street Italian restaurant chain Carluccio’s added vegan croissants to the menu in August last year. The company added the croissant Vegano and the Saccottini al Cioccolato—which is similar to a pain au chocolat—to the menu along with a variety of dairy-free milk.

A Carluccio’s spokesperson told the Swindon Advertiser at the time: “These new plant-based croissants from Carluccio’s are a welcome addition to a menu that already features a selection of new vegan, vegetarian and gluten-free dishes to cater for all dietary requirements.” 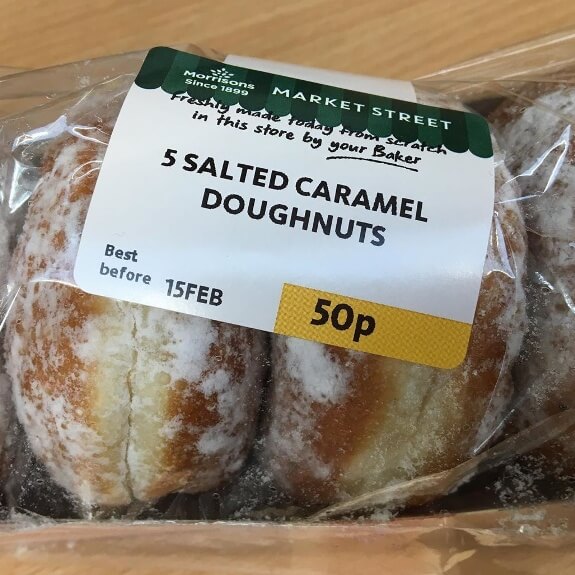 Depending on the store, Morrison’s salted caramel, jam, apple, and custard doughnuts can all be vegan-friendly. But make sure to check the label before you buy, as this is subject to change. The freshly baked doughnuts are covered in powdered sugar and cost 50p for a pack of five. Morrisons also sells a foot long vegan sausage roll. 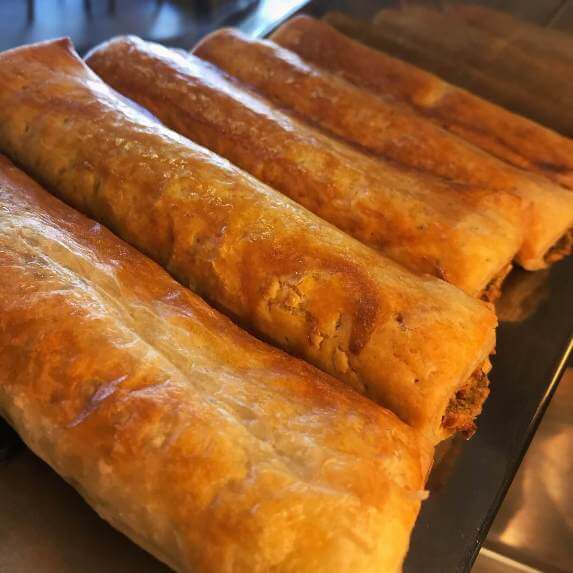 The Veggie Sausage Roll from Parsons is also vegan.

Bristol-based bakery chain Parsons stocks its veggie sausage rolls at all of its branches in the Southwest. The bakery chain also offers plant-based milk and flapjacks. 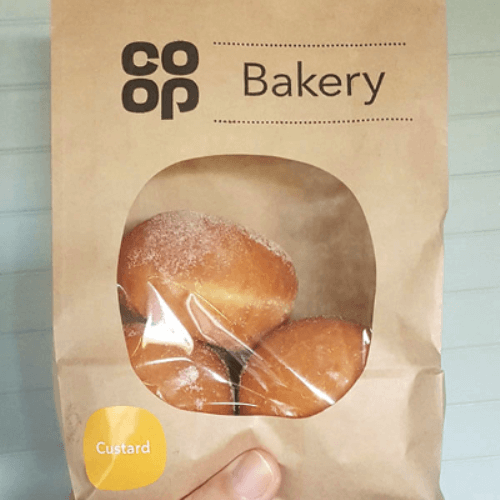 The Co-Op’s jam and custard doughnuts are vegan-friendly. Occasionally, the ring doughnuts are also vegan, but the filled varieties are consistently dairy-free. The Vegan Food UK Awards even voted the doughnuts “the best accidentally vegan product of 2018.” 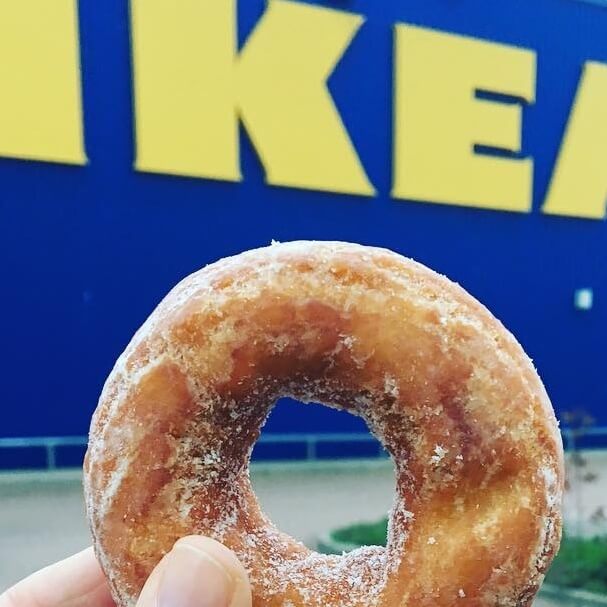 IKEA UK doughnuts—sold at in-store food kiosks—are vegan-friendly. The Swedish multinational homeware store may seem like an unlikely place for plant-based options, but the sustainability-minded chain serves a variety of vegan foods in its cafe. In the UK, hotdogs, meatballs, and soft-serve ice cream are just some of the available options.