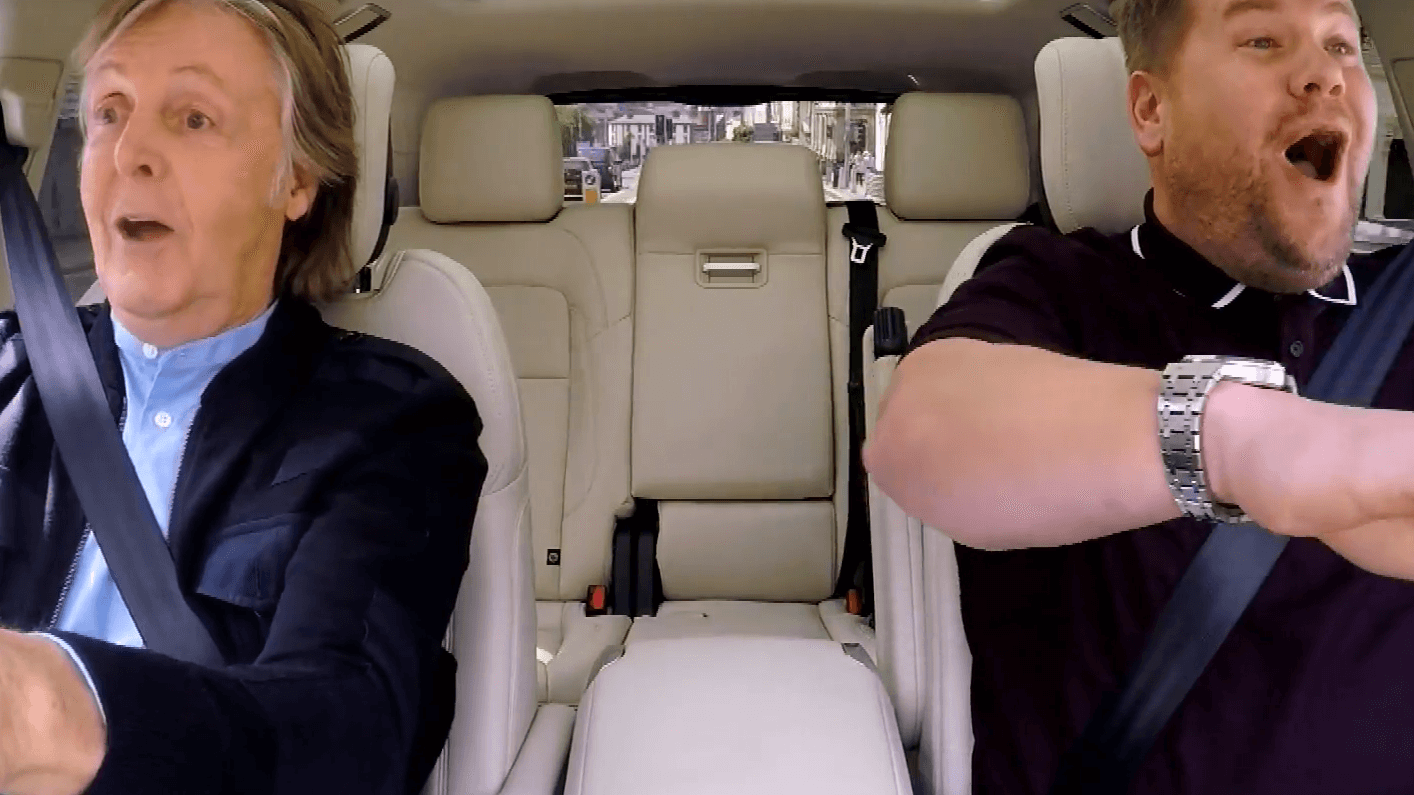 The new episode sees the pair nail every lyric of some classic Beatles hits, as well as two of McCartney’s newly released tracks from his solo album “Egypt Station.” The episode also saw the iconic musician visiting his childhood home in Liverpool, finding hundreds of fans waiting outside the vehicle. McCartney also played an impromptu gig at a local pub, with Corden joining him for a special performance.

The timing of McCartney’s appearance on the show is significant; Corden recently made international headlines when he revealed he’s now following a meat-free lifestyle for animal welfare reasons. While the two didn’t discuss animal rights or veganism while the cameras were rolling, Corden’s powerful story would have likely caught the attention of McCartney.

McCartney is a keen environmentalist, animal welfare activist, and co-founder of Meat Free Mondays – an initiative which aims to encourage people to ditch meat for one day a week. McCartney’s late wife Linda founded the popular Linda McCartney line of vegetarian and vegan meals still sold throughout the UK.

Corden also noted that he will work to remove seafood from his diet, too. “I’m going to try to phase out fish next. It’s going to be a gradual process,” he added. He joins a growing number of celebrities choosing to switch to a plant-based or vegan diet. Rapper Will.i.am made the switch recently for health reasons; singer and rapper Drake said he no longer eats meat, and actor Craig Robinson said he lost more than 50 pounds when he removed animal products from his diet.