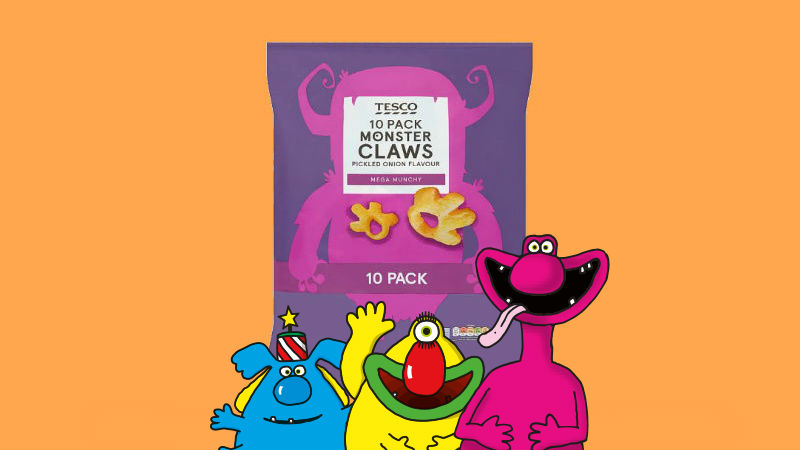 If you were born in the 90s, the chances are you were packed off to school with a sandwich, some fruit, and a packet of Pickled Onion Monster Munch in your Power Puff Girl lunchbox.

“Our snack experts started as a small, family-owned business in 1956,” Tesco notes on its website. “Over the years they’ve perfected crisps and other traditional snacks. Today they draw on that heritage to evolve the classics, and create new snacks for you to enjoy.”

Around the world, consumers are purchasing more vegan foods as they learn more about the health, environmental, and ethical impact of consuming animal products. This growing awareness is causing a number of plant-based food markets to steadily grow, and the vegan snack market is no exception.

According to a report conducted by Future Market Insights at the end of last year, the vegan snack market is set to exceed a value of $73 billion by 2028. The salty and plant-based meat categories will see the most growth, according to the report.

“The growing trend for veganism and vegetarianism is further leading to the increasing demand for plant-based snacks and products,” Future Market Insights noted. The trend, it added, is driven by a number of factors, including “increasing concerns regarding animal welfare and treatment.”

Retailers across the globe are attempting to keep up with demand. In the UK, supermarkets are launching new plant-based products consistently. Tesco, especially, is keeping up with the vegan trend, launching a number of new vegan-friendly products.

As well as its vegan Pickled Onion Monster Claws, the chain offers a wide range of plant-based ready meals, sandwiches, wraps, ice cream, and dairy-free cheese and pizza, among other products.