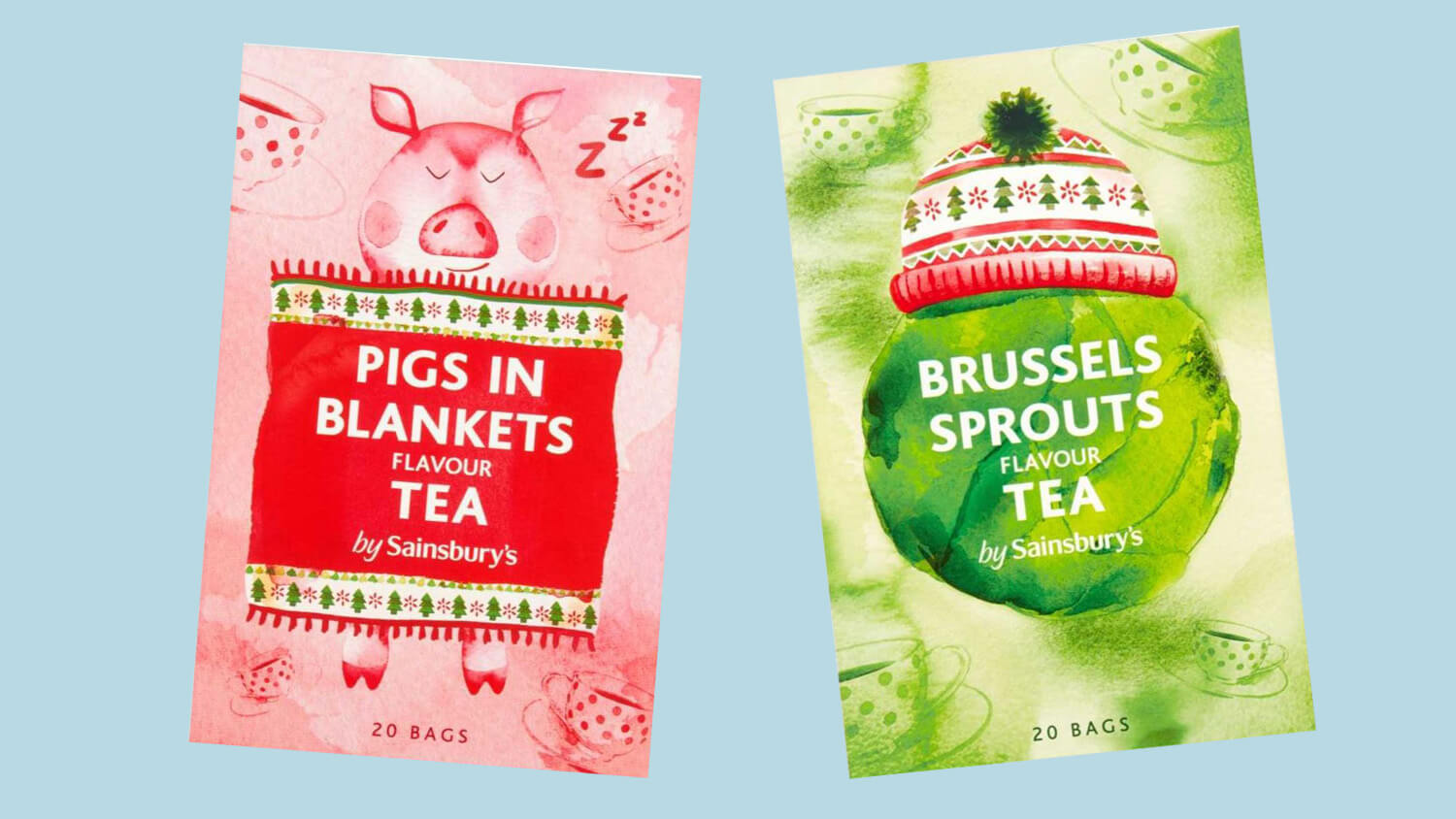 If sipping a warm and relaxing cup of tea makes you wish you were munching on pigs in blankets or brussels sprouts instead, Sainsbury’s has just the thing.

The UK supermarket chain has released two new holiday teas. But these aren’t the usual candy cane or gingerbread spice flavors common this time of year: these teas take a savory, if not daring twist. The two new vegan flavors are Pigs In Blankets and Brussels Sprouts.

The teas are perhaps more gag-gift stocking stuffer than cozy fireplace sipping, but they do point to the growing interest in vegan food in drink, particularly in the UK. And the interest in vegan products that mimic animal-based staples. It seems smoky dough-wrapped (vegan) sausages in liquid form are no exception.

Consumers aren’t fully sold on the beverages, though, with some taking to social media to comment.

Sainsbury’s Brussels Sprouts tea has a green tea base while the Pigs In Blankets flavor features a smokey blend of Lapsang Souchong tea, dried apple, and seasonal herbs sage and rosemary.

Whether sausage tea is your cuppa or not, the festive teas are sure to be a conversation starter. The tea boxes come in packs of 20 and retail for £1 per box.