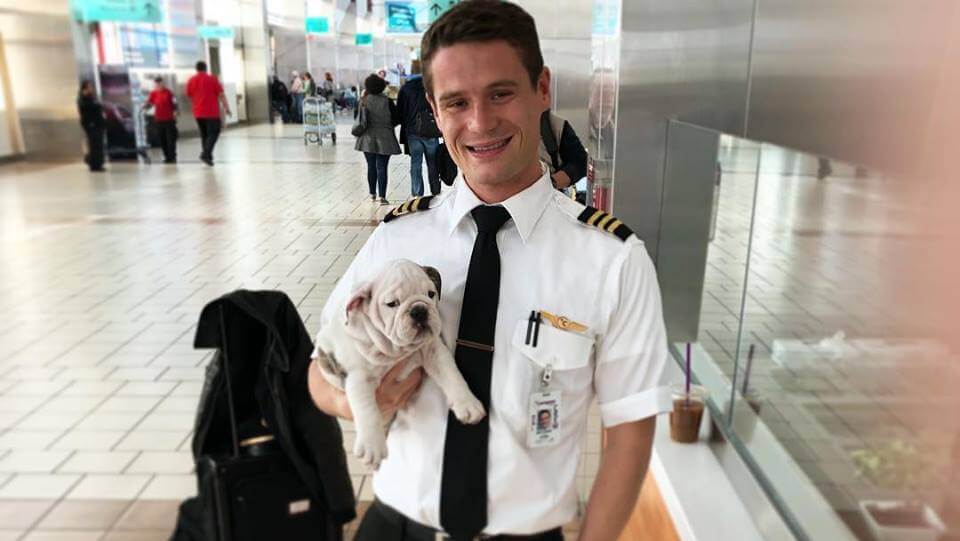 Eating out as a vegan varies in difficulty depending on where you are in the world. When you’re an airplane pilot, the last thing you’re likely wanting to do after a long flight is to cook a meal. For new vegans, it can also feel near impossible if you’re staying in a hotel, thousands of miles away from your home kitchen. One pilot, dubbed ‘The Veggie Pilot,’ has solved this problem simply by bringing his own packed vegan lunches all over the world.

Matthew Ayer, the pilot in question, spoke to Metro UK about his vegan lunchbox. “I pack my own meals. I go into a trip with enough food to eat almost every meal out my lunchbox.” He continued, “This way, regardless of what happens and where I end up, I have tasty, nutritious food.”

Ayer’s can-do attitude and solid meal prep have made him a popular figure on Instagram. He says that he’s been vegetarian since birth and that it was through getting involved with the vegan community through his blog, that he decided to transition to veganism.

“I was exposed to a lot of shocking information about dairy and the dairy industry. I already didn’t eat eggs but I was eating cheese at the time. Since I was vegetarian for animal rights reasons, it made sense that I should commit completely and stop consuming dairy.”

He explained that the purpose beyond his vegan blog, Veggie Pilot, was to show folks that it was not only possible but also profitable to be vegan while traveling — he cites a terrible $12 veggie sandwich as a major inspiration for this. “I vowed to myself to start packing my own meals and take back the power from the crappy restaurants that were exploring airline travelers.“