Up until recently, it’s been universally accepted that there are three different types of chocolate: dark, milk, and white. Four, if you count vegan chocolate. But in 2017, Barry Callebaut — one of the world’s largest cocoa producers — announced its creation of pink chocolate, which is made from ruby cocoa beans found in Ecuador, Brazil, and the Ivory Coast.

The company notes on its website, “ruby chocolate unlocks dazzling taste experiences due to its unique fresh berry taste.” It adds that the new discovery “answers the consumer’s need for hedonistic indulgence.”

Now, Americans in pursuit of this hedonistic indulgence can relax, because — thanks to Creamistry — their quest is over.

The U.S.-based ice cream parlor chain — which uses liquid nitrogen to “hand-craft” it’s unique product — recently added vegan ruby chocolate ice cream to the menu. Depending on customer preference, the ice cream can be made with a coconut or cashew base. 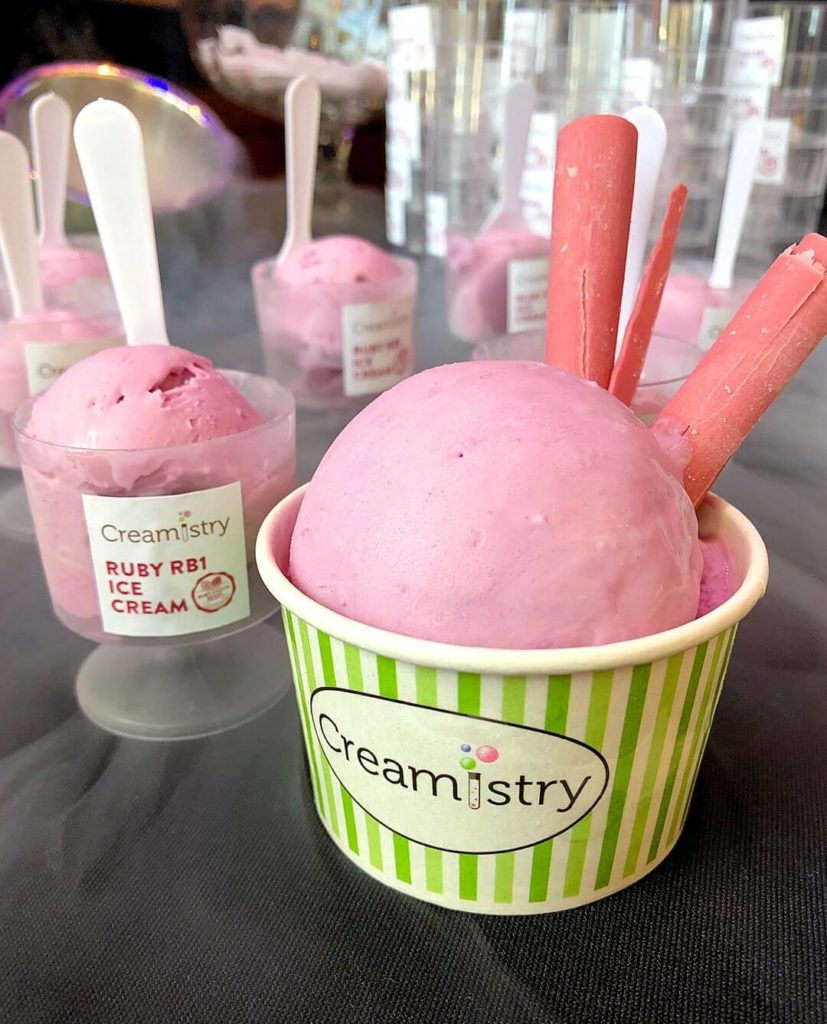 Creamistry has added vegan pink chocolate to its menu | image/Creamistry

“Creamistry is always striving to stay ahead of the curve,” said the chain’s CEO Jay Yim in a statement. “There has been an overwhelming response to Ruby Cacao across the globe, and it is an honor to partner with such a world-renowned brand like Barry Callebaut on this launch.”

He continued, “We are thrilled to be able to help introduce the Ruby Cacao flavor to the United States through our ice cream. It’s sure to become a new favorite of our customers across the country.”

Other vegan flavors from the ice cream chain include Fresh Banana, Mint, and Sea Salt Caramel. The ordering system is a little different to other ice cream parlors; customers pick a size, then an ice cream base, and then a flavor and toppings, their choice is then hand-crafted to order.

According to Yim, Creamistry is still looking for new ways to innovate and enhance its menu, but it’s pleased with its new partnership with Barry Callebaut.

“We know how important it is to continuously search for ways to advance desserts,” he explained. “We would not have reached our level of success without the pursuit of innovation, key partnerships and focus on perfecting our products. Our Ruby Cacao flavor is that next step into innovation.”