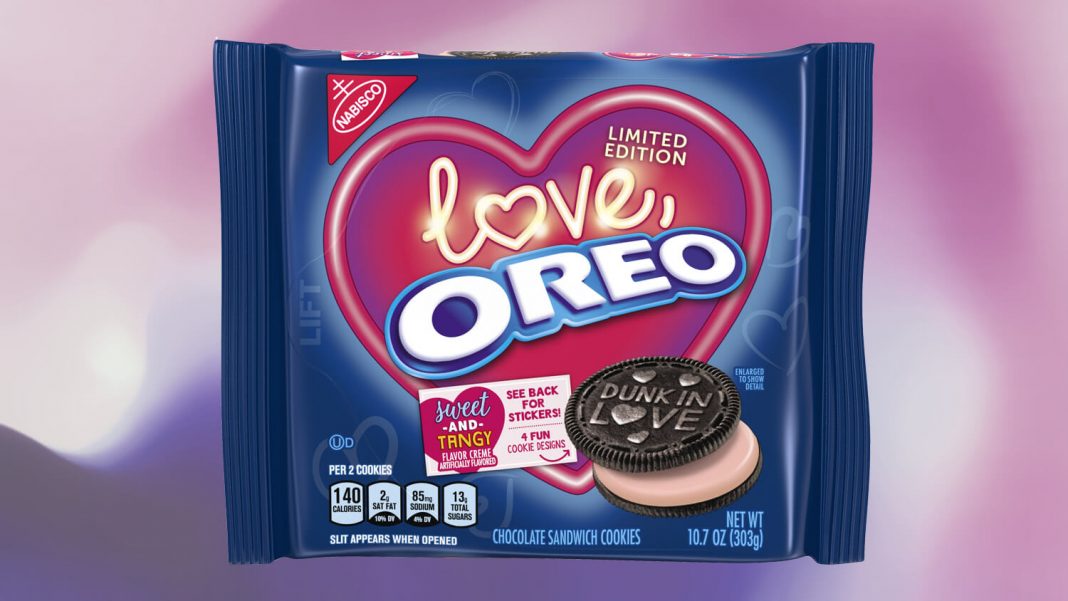 Valentine’s Day is on its way. And what better way to celebrate than with pink love-themed vegan Oreos.

The limited edition loved-up snacks, called “Love, Oreo,” feature a pink dairy-free creme- filling and are described by the brand as “sweet and tangy.”

The snacks are imprinted with a range of romance-inspiring sayings including “Dunk In Love,” “Dear Cupid, Send Oreos,” “XoXo Oreo,” and “Let’s Twist.”

Oreo products aren’t the only way to celebrate Valentine’s Day the vegan way this year. Cruelty-free cosmetics brand Lush released a collection of vegan bath bombs in celebration of the love holiday, including “cheeky” peach emoji and “steamy” aubergine emoji bath bombs. “Love Island” body scrubs and ylang-ylang bubble bars, shaped like the number six (or nine, depending on how you look at it), are also available in the lead-up to February 14.

Plan on sipping some bubbly? A growing number of wine producers are removing animal ingredients from the fining process. Fish bladders and egg have been used to clarify wine in the past. But as consumer tastes shift toward animal-free food, they’re also shifting their preferences in alcohol as well.

People are hungrier than ever for cruelty-free snacks. A recent report estimated that the vegan snack market will exceed $73 billion by 2028, driven partially by the “growing trend for veganism and vegetarianism,” as well as the public’s increased concern for animal welfare and healthier food options.

Major brands are getting behind the cause, too. The world’s largest food manufacturer Nestlé recently purchased a majority stake in Terrafertil, an organic vegan snack company (called Nature’s Heart in the UK). And Unilever launched a plant-based snack brand called Growing Roots that sees 50 percent of its profits donated to organizations working to make fresh food available in urban areas.