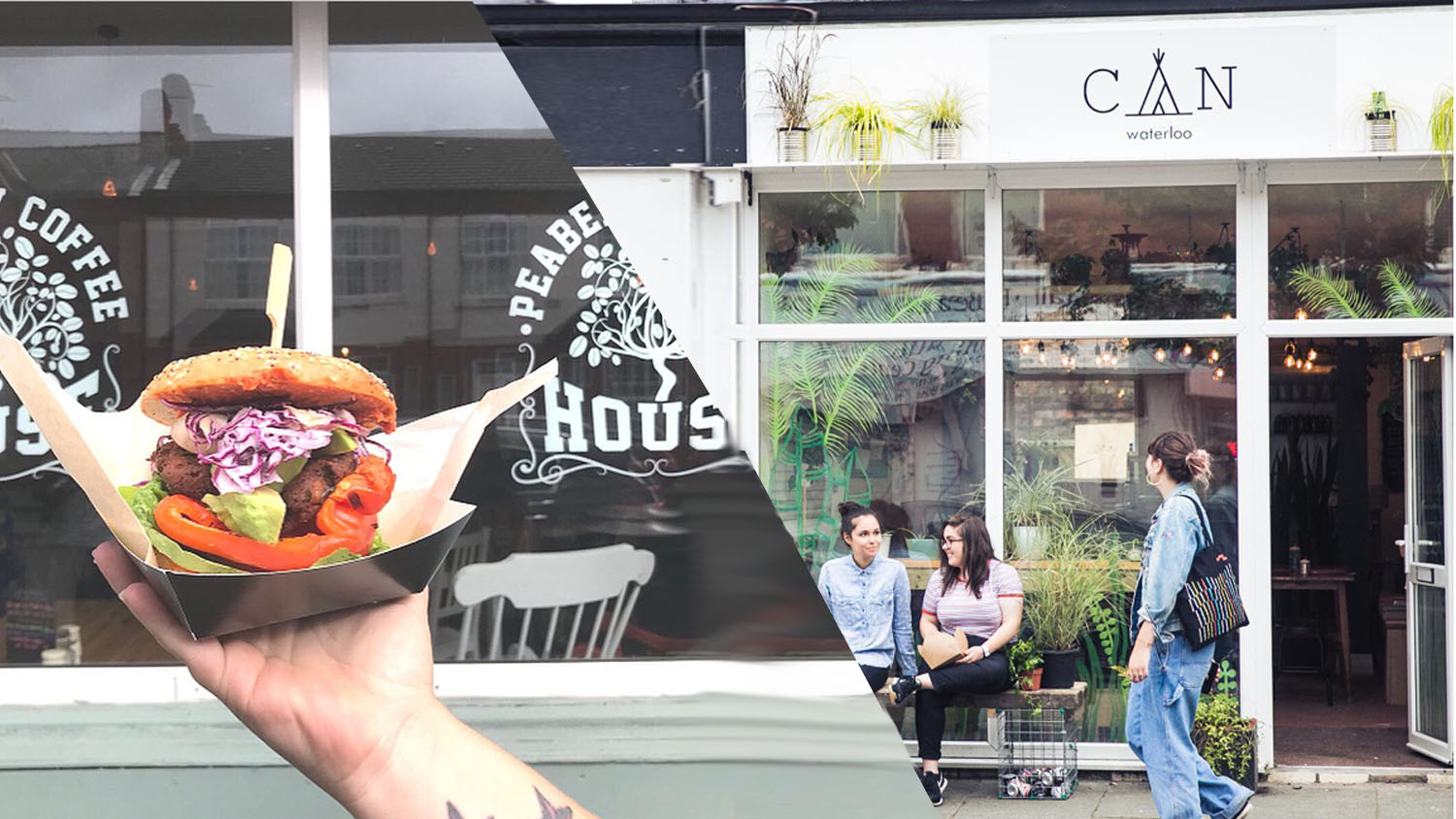 Liverpool is now home to a restaurant called CAN Waterloo, which caters to the eco-friendly crowd with vegan cafe fare served without any plastic. Local news source Echo reports that it is the first plant-based and plastic-free venue in Merseyside county.

The restaurant was co-founded by husband and wife team Ryan and Louise King, who found that a lack of businesses in the area that catered to their vegan and plastic-free lifestyle.

“We are 100% vegan and completely plastic free and believe we’re the first in Liverpool that have put them both together,” said Louise. “Because we’re right by the beach we have a responsibility not to use plastic.”

The Kings take running a planet-friendly business seriously. In addition to avoiding single-use plastics and offering sustainable plant-based food, everything in the restaurant’s bright, air-purifying plant-filled space is either upcycled or recycled. The seating is made from crushed-up canned beverages and when customers are finished with their drinks, they have the option of crushing their can to add it to the furniture. Prior to the opening, the Kings posted photos on social media of cans obtained from the nearby beach.

Today we have a special guest on our menu @peaberrycoffeehouse2017 these guys have made the most delicious vegan street food. This was heading to the @crosbywaterloofdf but due to bad weather unfortunately it has been cancelled ? All is not lost, you will still be able to grab their mouthwatering Falafel Bagels and incredible pulled mushroom flatbreads at CAN!! We have taking some stock from #peaberry so it doesn’t go to waste, you guys no we hate waste, and omg how could we let this go! Get down early because once it’s gone, it’s gone #zerowastepolicy #liverpoolvegans #canwaterloo #lovetheyneighbour OPEN FROM 2PM

The food at CAN Waterloo will be centered around cafe fare such as light bites and sandwiches made with seasonal ingredients. Most of the food is sourced from other Liverpool businesses.

“We work with the best vegan chefs and suppliers around Liverpool and bring them all together under one roof,” said Louise.“When you go to a restaurant sometimes there is only one or two vegan options but we have got the best vegan meals all in one place.”

Some of the cafe’s most recent menus have offered vegan fried chicken sandwiches from Peaberry Coffeehouse and plant-based savory pies by Liverpool’s The Gluten-Free Pie Company, as well as Indian-inspired foods such as samosas and pakoras. Vegan Victoria sponge is on the menu for dessert and diners have a wide variety of cocktails and local beers to choose from.

“We are proud to be 100% free of single-use plastic so expect to see some of your dishes served in imaginative ways that are totally instagramable,” said John. “We believe delicious food doesn’t have to come from harming animals or impact your health.”