Founded by Ola Kayal, Nabati will offer a wide variety of innovative flavors — including Raspberry & Thyme, Matcha Powder, Pumpkin Seed Butter, and Cup of Earl Grey — most of which are made with coconuts and cashews.

Kayal is a sustainable business graduate; she has worked around the world, including in a three-star Michelin restaurant in Sweden.

All of Nabati’s unique flavors are developed by Kayal herself. “As a chef, I have been developing recipes for a while, and this just came with a lot of trial and error,” she told the Miami New Times.

As well as vegan ice cream, Nabati — which means plant-based in Arabic — will offer smoothie bowls, coffee, kombucha, and CBD-infused water. It will also serve as a location for a variety of events, including art exhibitions and pop-up dinners, hosted by Kayal herself.

‘A Game Changer in the Industry’ 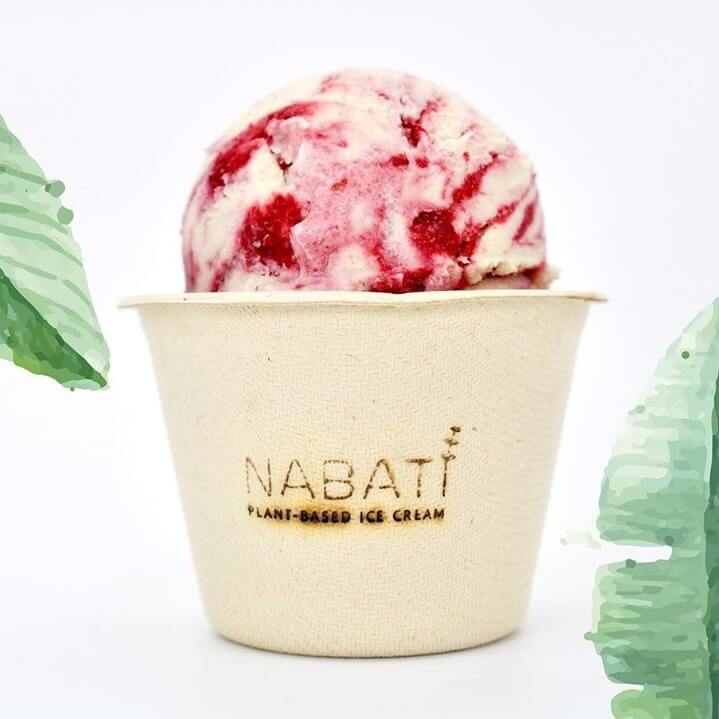 The concept of Nabati was born out of Kayal’s passion for cooking, but also a consciousness about the impact of animal products on the environment. She writes on the shop’s website, “I am passionate about desserts but also very concerned about what we’ve been doing to our planet and to ourselves. So, I decided to create something special.”

She continues, “our production is totally visible in our store, we have nothing to hide. Everything we make has the health of our bodies and planet in mind and we are plastic-free! All in all, it is a completely guilt-free treat.”

Nabati isn’t open yet, but a few people have already been able to taste Kayal’s frozen desserts. Fellow chef Robert Sandberg has called Kayal’s creation “a game-changer in the industry.”

He continues in a review on Nabati’s website, “A culinary gem! This was truly a eureka moment when discovering the light subtle texture and taste of this superb product. To call it ice cream would not do it justice to its sophisticated blend of flavors, its lightness of texture and ultimately its supreme taste … after this experience, there’s no going back!”

Nabati will open in Wynwood on August 2.